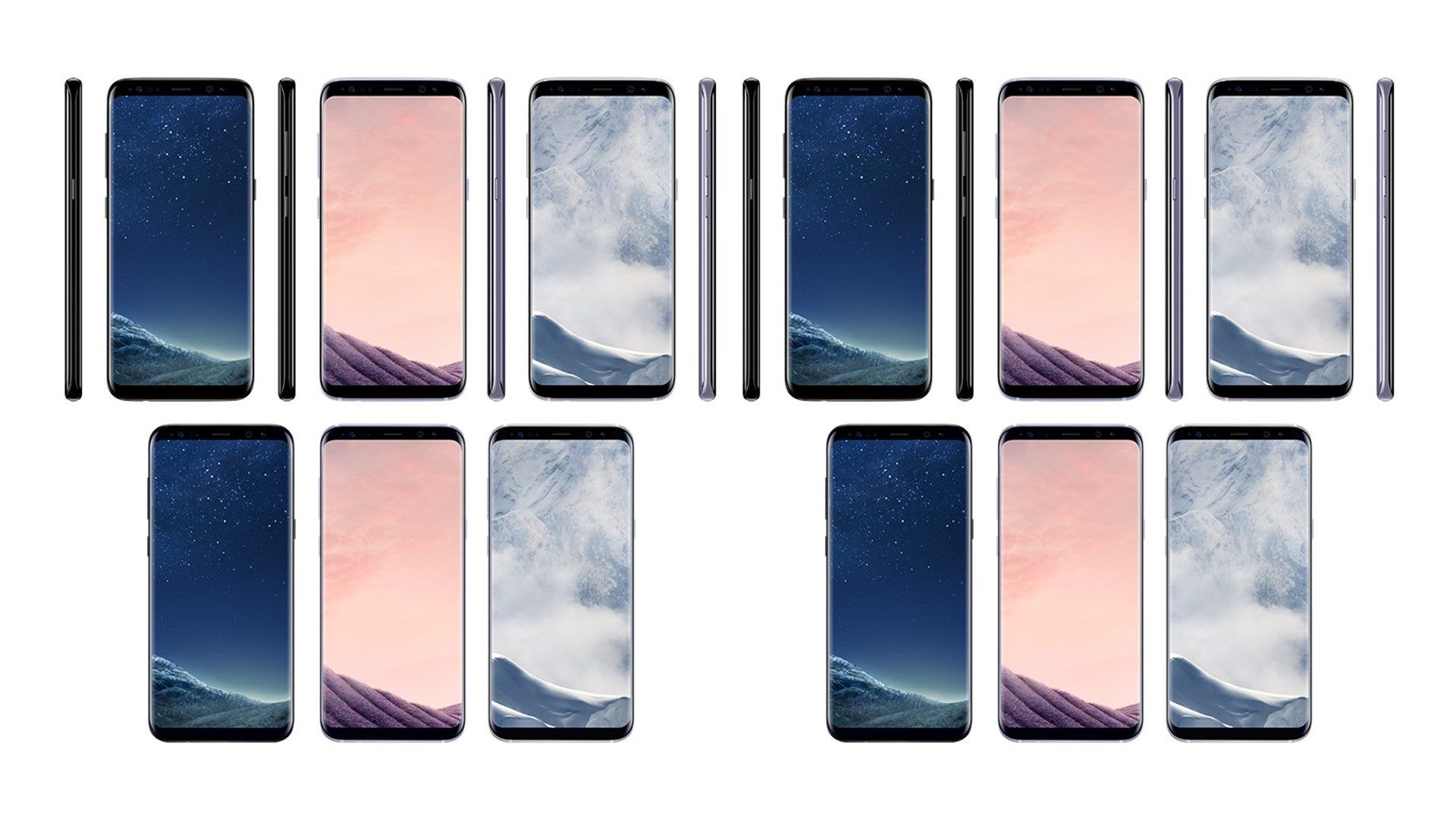 Today, prolific smartphone leaker Evan Blass has shared some renderings of the Samsung Galaxy S8 in three different colors, along with the official color names they might be sold under: black sky, orchid grey, and arctic silver.

From the images, it is hard to see the differences without any shot of the back of the phone. However, Evan claims that the three colors are black, grey and silver (or black sky, orchid grey, and arctic silver in marketing lingo). It looks like we will not be seeing any gold option this time around and just three different shades of grey.

Samsung has not been really secretive about the Galaxy S8. We already know quite a lot about the new device. If you have not been paying much attention to the Galaxy S8 rumor mill as of late, it is worth highlighting that the device will not feature a physical home button. Leaked privacy support document from Samsung reveals the company's own Bixby voice assistant, which the company officially confirmed today.

Colors aside, the S8 will bring a few compelling hardware enhancements to the table, including a Snapdragon 835 processor, an iris recognition sensor, facial recognition technology, an improved 8-megapixel sensor on the front of the device, and a WQHD+ resolution of 2960×1440. The RAM will still be the same at 4GB. While the S8 battery will feature a 3000 mAh battery, the 6.2-inch Galaxy S8 Plus will come with a 3500 mAh battery.

Incidentally, rumors suggest that Samsung's new smartphones will hit store shelves on April 28 in Canada and US, and preorders will start one week earlier. In South Korea, the company will start taking preorders for Galaxy S8 and S8 Plus starting April 7.

Samsung will also launch a mysterious DeX dock to connect your phone to an external display and use it as a basic computer. The company will unveil its new flagship phone at a press event on March 29. And here is what it will cost: