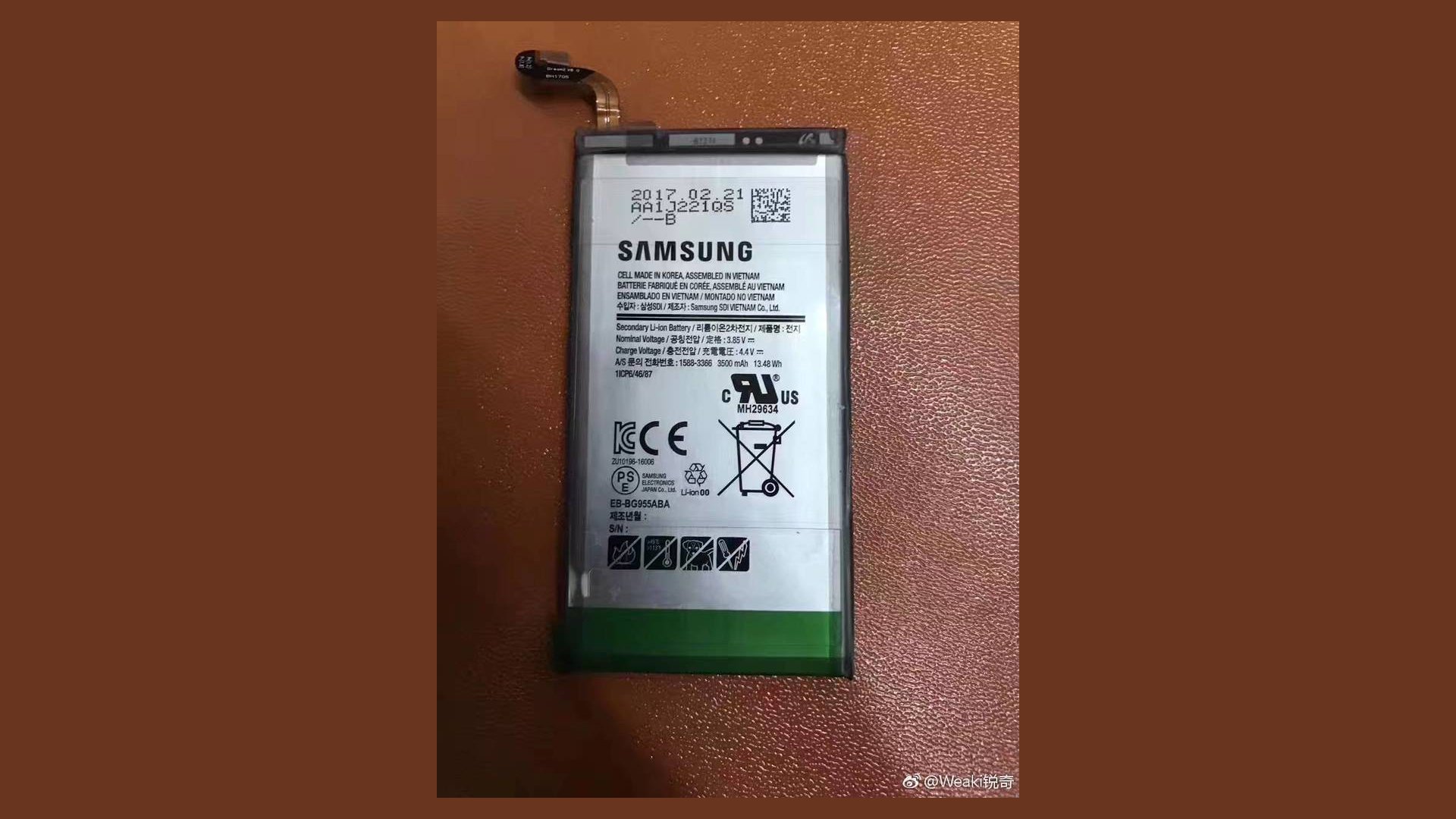 By now, we know that Samsung Galaxy S8 and Galaxy S8 Plus might feature a 3,000mAh and 3,500mAh battery respectively. And now it appears there is photographic evidence to back up these claims.

A recently leaked image confirms rumors that the larger Galaxy S8 Plus is going to have a 3,500mAh battery. The image above was retrieved from Chinese social network Weibo by SamMobile, and it reveals a few crucial details. The markings on the battery itself reveal that the cell was made in Korea and assembled in Vietnam by Samsung SDI.

While the manufacturing date is marked as February 21, we still do not know who actually made the cell. However, the manufacturing date show that the battery was produced just over a week before the GS8 was reported to have entered mass production. It is believed Samsung is sourcing batteries from Samsung SDI, LG Chem, and Japan's Murata Manufacturing Works.

Last year is Samsung's most embarrassing period in its history. The company's Galaxy Note 7 handsets started to burst into flames due to issues with the battery, and Samsung faced its first lawsuit over exploding Galaxy Note 7 handsets. Samsung is forced to issue an voluntary recall of all Note 7 handsets and the president & COO of Samsung Electronics America, Tim Baxter, issued a formal apology.

After the Galaxy Note 7's battery-related woes, there's been understandable interest in the cells used in Samsung's upcoming Galaxy S8 series. It looks like Samsung is playing it safe with a smaller battery, both in terms of size and capacity.

While a 3,500mAh cell seems a little on the small side for a 6.2-inch phone, the Galaxy S8 is expected to use new CPUs built on a 10nm process, which should offer greater efficiency than previous designs. Compared to earlier displays, the S8's new RBG Super AMOLED display is expected to offer power savings too.

Earlier, press render of Samsung Galaxy S8 was leaked along with its specification. In addition, the leaked details are also confirmed in a report by KGI securities analyst Ming-Chi Kuo. According to Kuo, Galaxy S8 lacks "sufficiently attractive selling points" to compete with iPhone 8.

Right now, we have to wait till April to find out whether a 3,500mAh battery will be enough for a 6.2-inch handset with flagship specifications. Until then you can speculate about the battery capacity in the comments below.