According to a South Korean certification for the SM-G970, or the Galaxy S10 Lite, the device will come with a mere 3,100 mAh battery. Samsung is known for including smaller batteries on the smaller Galaxy S flagships for a few years now. So, it is not surprising to see the trend continue to the upcoming Galaxy S10 Lite.

The smaller battery is a disappointment for those who prefer a compact smartphone and to add salt to the wound even the upcoming budget phones, like the Galaxy M30 and the Galaxy M20, will reportedly feature an even bigger 5,000 mAh battery.

Early reports suggest that the S10 Litewill lose out on the triple rear camera and dual front camera setups, as well as on the curved display. The device could also be on the receiving end of a few other specs, such as base storage. And now the new revelations about its battery capacity are not promising either. It looks like Samsung wants to discourage users from buying the Galaxy S10 Lite in favor of its larger cousins - the Galaxy S10 edge (SM-G973) and the Galaxy S10+ (SM-G975).

The South Korean certification for the S10 Lite battery reveals a Li-ion battery with a rated capacity of 3,000 mAh and a total capacity of 3,100 mAh, so the actual performance may be similar to the Galaxy S8 or S9's battery. 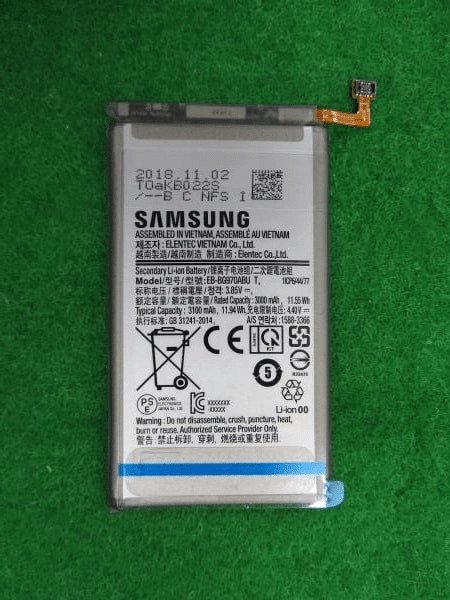 While there is no word yet on the battery capacities of the S10 edge (SM-G973) and the S10+ (SM-G975), one could expect them to feature a battery bigger than that of the S10 Lite. More information about these devices should surface in the days to come, as we inch closer to release.