Huawei demotes employees for tweeting "Happy #2019" from an iPhone

Earlier this week, Huawei welcomed everyone to 2019 with a Happy New Year tweet. However, there is a small wrinkle - the people responsible for the tweet used an iPhone to post it. While mishaps like this are common, we do not usually know what happens to the social media manager or company responsible for the tweet. However, in this particular case, we know what happened. 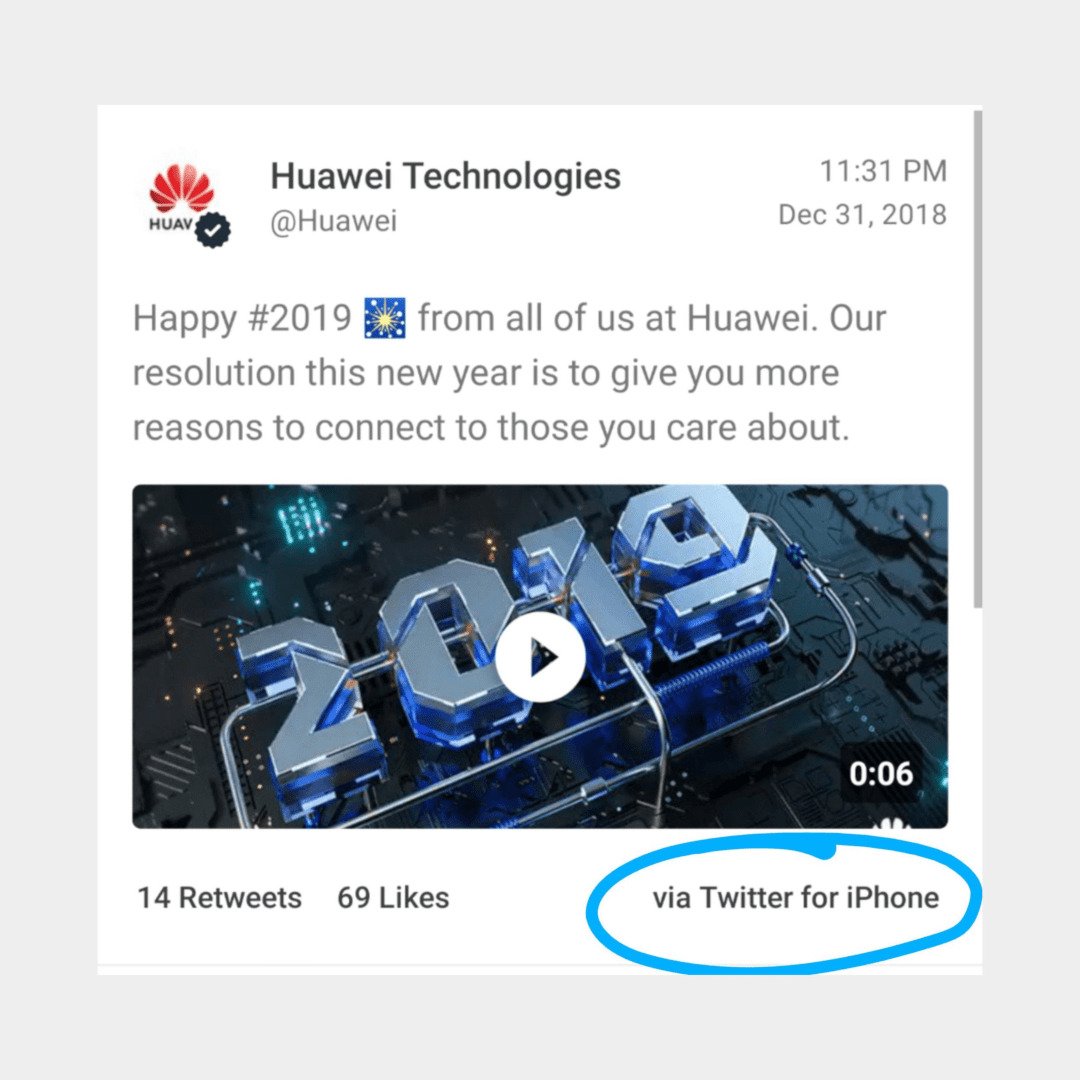 Once the mistake is noticed, Huawei quickly deleted the tweet and took things to a whole new level of craziness. In a memo obtained by Reuters, Huawei vice president Chen Lifang slammed the employees responsible for the tweet, saying "the incident caused damage to the Huawei brand". He blamed the internal management for showing "procedural in compliance" and oversight.

It did not stop there - he also demoted two employees responsible for the blunder by one rank and slashed their pay by as much as 5,000 yuan (~$700). Additionally, the pay rank of Huawei's digital marketing director will be frozen for 12 months.

As for what exactly happened that led to Huawei tweeting "Happy New Year" from Twitter for iPhone, the memo explains that an outsourced social media manager experienced problems with their desktop computer, so they turned to a nearby iPhone to send the tweet:

The mistake occurred when outsourced social media handler Sapient experienced "VPN problems" with a desktop computer so used an iPhone with a roaming SIM card in order to send the message on time at midnight, the company said in the memo.

Since Twitter is blocked in China, Sapient - the social media handler - has to use a VPN to access the service.

While Huawei certainly is not the first Android manufacturer to be caught using Twitter for iPhone, this is the first time that an Android OEM's internal response to a tweet being posted from an iPhone has gone public. Huawei has definitely come down harshly on its employees for this mistake and it would now make them double check everything before posting any new tweet for the foreseeable future.