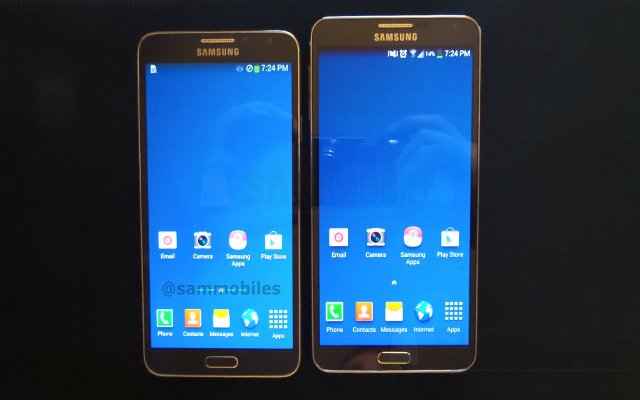 Samsung Galaxy Note 3 Neo Or Lite Pictures Benchmark Leaked. SamMobile leaks to have photos of the rumored Budget Galaxy Note 3; Samsung Galaxy Neo (aka Sansung Galaxy Lite). They shows a quite smaller, advanced version of Samsung's pen-toting flagship. It also includes benchmarks that back up rumors of an 8-megapixel camera, a 720p screen and a hexa-core processor with performance between that of the Samsung Galaxy S4 and the Samsung Galaxy Note 3. There's no guarantee that the photos or the specs will be the final shipping product, but there are murmurs of a possible Neo/Lite launch at MWC in late February.