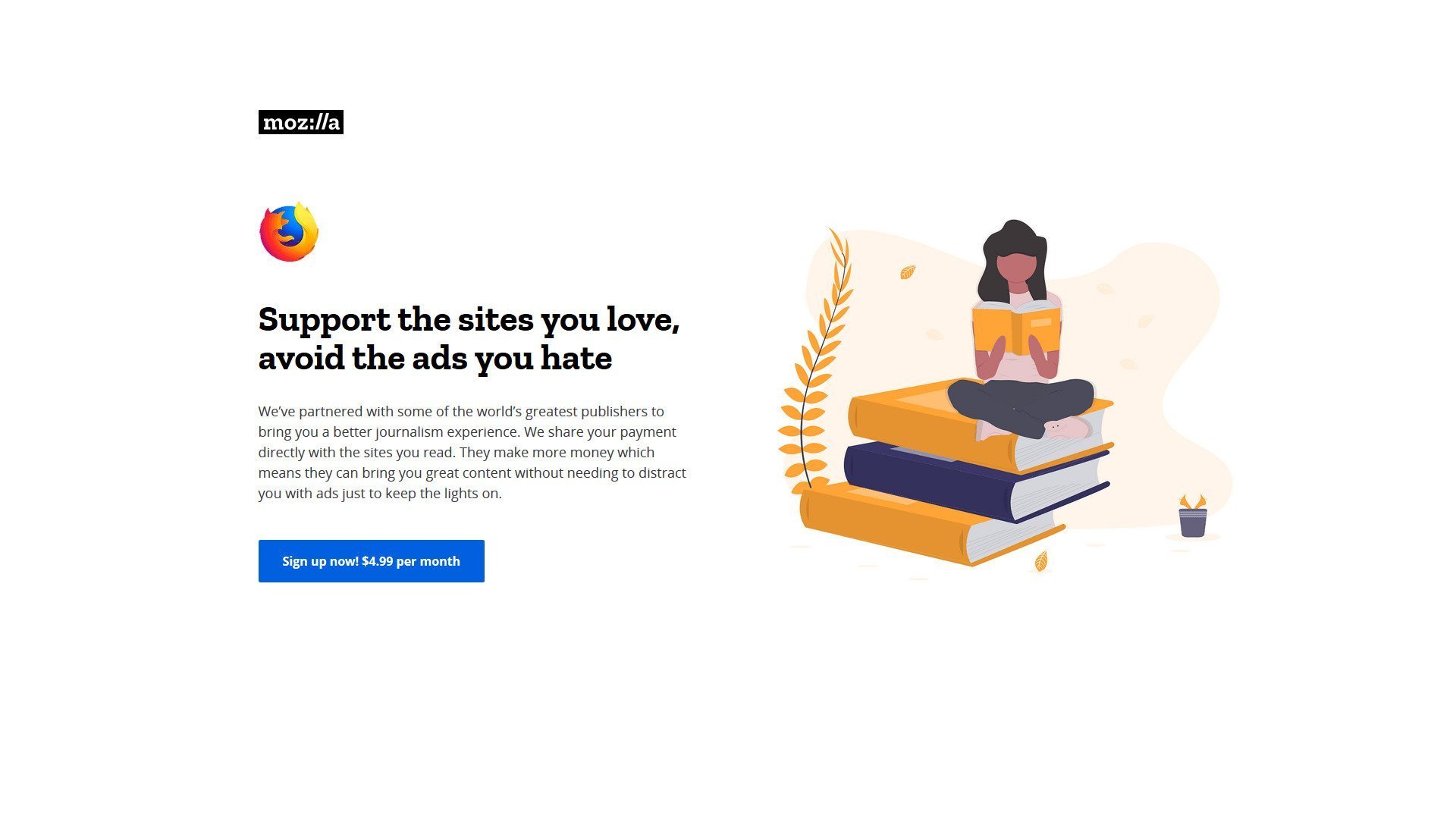 According to a recent report, Mozilla will soon launch its own ad-free News subscription service for a price of $5 per month. This would provide users with news minus the ads, which Mozilla had previously called "Firefox Ad-free Internet".

While the service has yet to go live, multiple sources have confirmed that the organization has sent out invites to users, inviting them to participate in the upcoming beta launch of its N subscription service.

The Firefox version essentially provides a way to bring users ad-free access to their favorite publications by paying an upfront fee of $5 a month. Per Mozilla:

The service enables web users to pay for an ad-free experience on their favorite sites, across their devices. By enabling more direct funding of publishers, Scroll's model may offer a compelling alternative in the ecosystem. We will be collaborating with Scroll to better understand consumer attitudes and interest towards an ad-free experience on the web as part of an alternative funding model.

The service is one of countless third-party platforms aimed at helping ailing publications find a way to better monetize in an an era of defunding, when journalistic voices are more important than ever. The Apple News offering is probably the most notable in the category, but Mozilla's offering provides an interesting alternative to a standalone app.

Mozilla conjured up the idea to offer an alternative and a more direct way to fund publishers. In an effort to gauge people's interest in an ad-free news experience, the organization has been sending out surveys and feedback requests to random users since February. However, it seems far enough into its plan to at least have a button offering users to "Sign up now, for $4.99 per month". Clicking it leads to the survey and a confession that the product is not actually available yet.

Should Mozilla launch the service, it seems likely to be provided in partnership with Scroll, which has an ad-free news subscription service with 12 media partners, including Slate, The Atlantic, BuzzFeed, USA Today, and Vox.

It is unclear how popular Mozilla's news service will be, especially since the market seems to be flooded with so many other similar services. It will most likely depend on how easy Mozilla's version is to access, on its features and on its partner publications. So we will have to wait and see. Mozilla also launched a first look portal to show what we can expect its service.