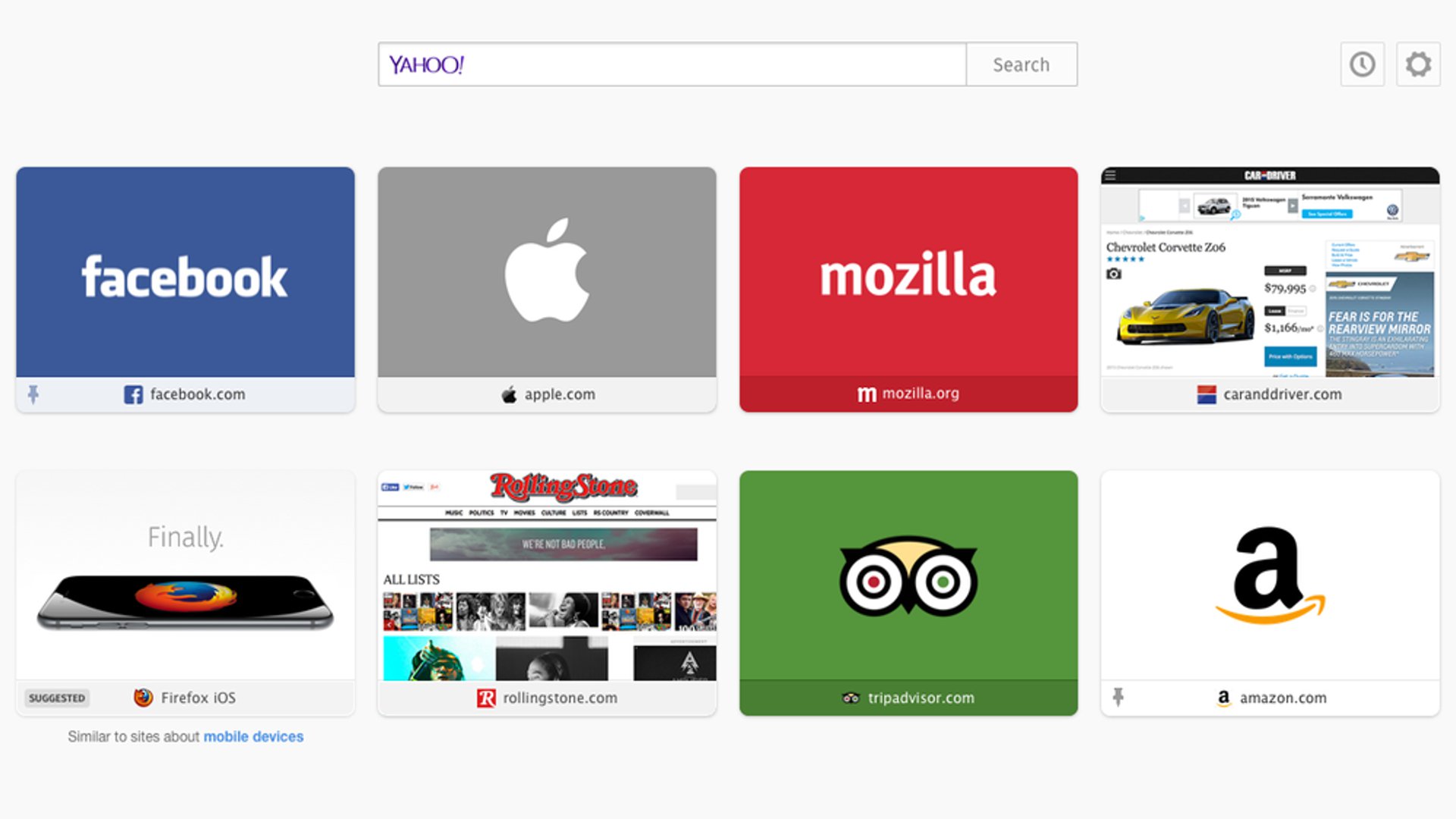 On Thursday, Mozilla announced "Suggested Tiles" for Firefox which are advertisements that appear as tiles inside of a new tab. It differs a bit from the previous Directory Tiles (it is said to be a "complement" to them), and works by presenting content from advertisers that are personalized based on the user activity. Mozilla adds that users can customize the ads and fully "user controlled".

With Suggested Tiles, we want to show the world that it is possible to do relevant advertising and content recommendations while still respecting users' privacy and giving them control over their data. And to bring influence to bear on the whole industry, we know we will need to deliver a highly effective advertising product.

Mozilla claims it value user's privacy and the ads are based on the browsing history stored in the Firefox profile. To make ads relevant Suggested Tiles will be based on your activity meaning if you search for something frequently, expect to see tiles related to it.

Mozilla also adds that they do not track or store any personal data or use cookies to track users and Firefox itself decides what ads to show without transferring user browsing history. Mozilla has shared an infographic that explains the whole process. You can download it here. 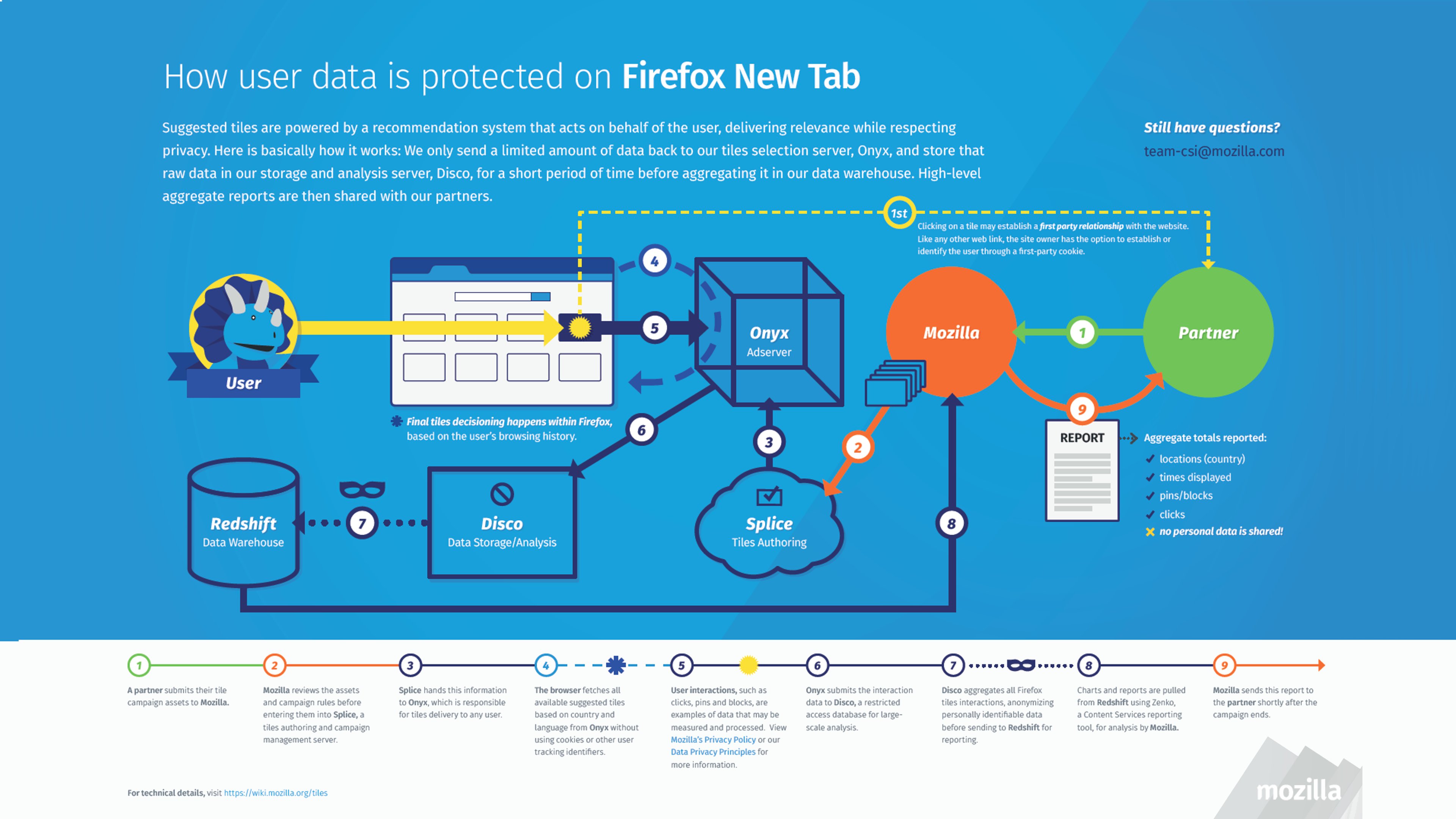 Inforgraphic - How Data Is Protected

If you do not want to see Suggested Tiles, opting out only takes two clicks from the New Tab page, "without having to read a lot of instructions". 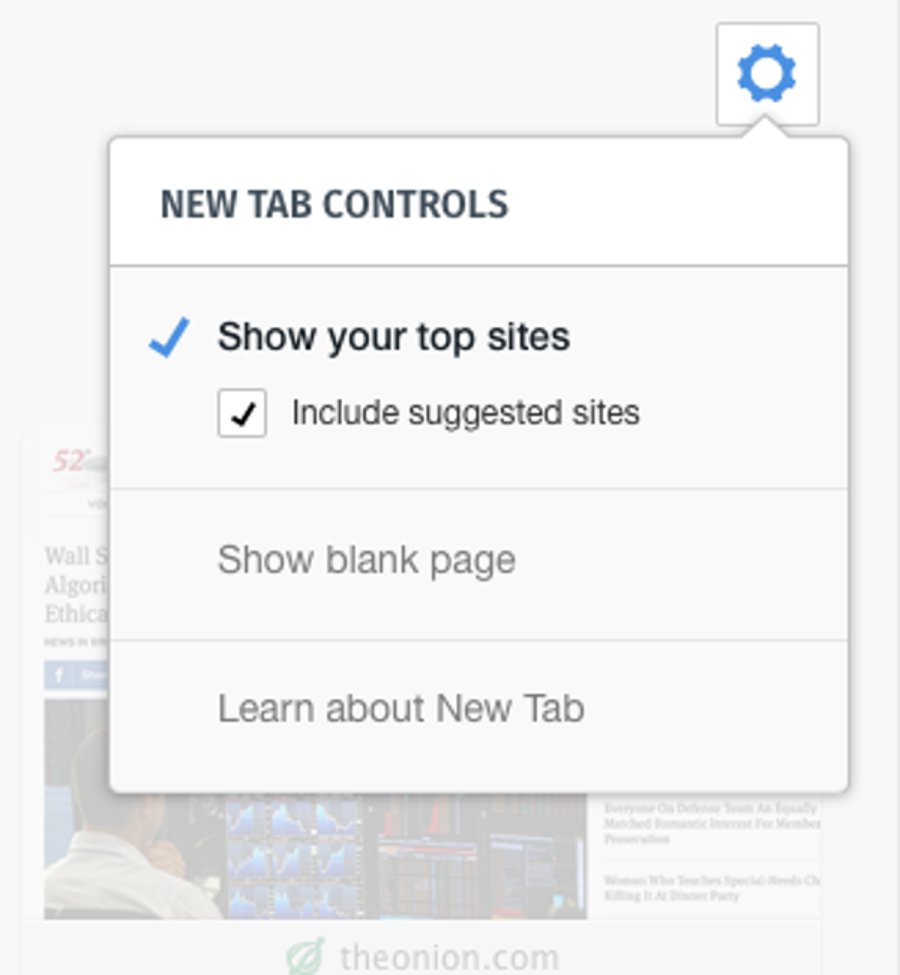 Suggested Tiles will be coming to Beta soon and will then go live for everyone later on this summer, rolling out first to US users. The initial rollout will show ads for Firefox's own products and eventually ads from "content partners" will show up.