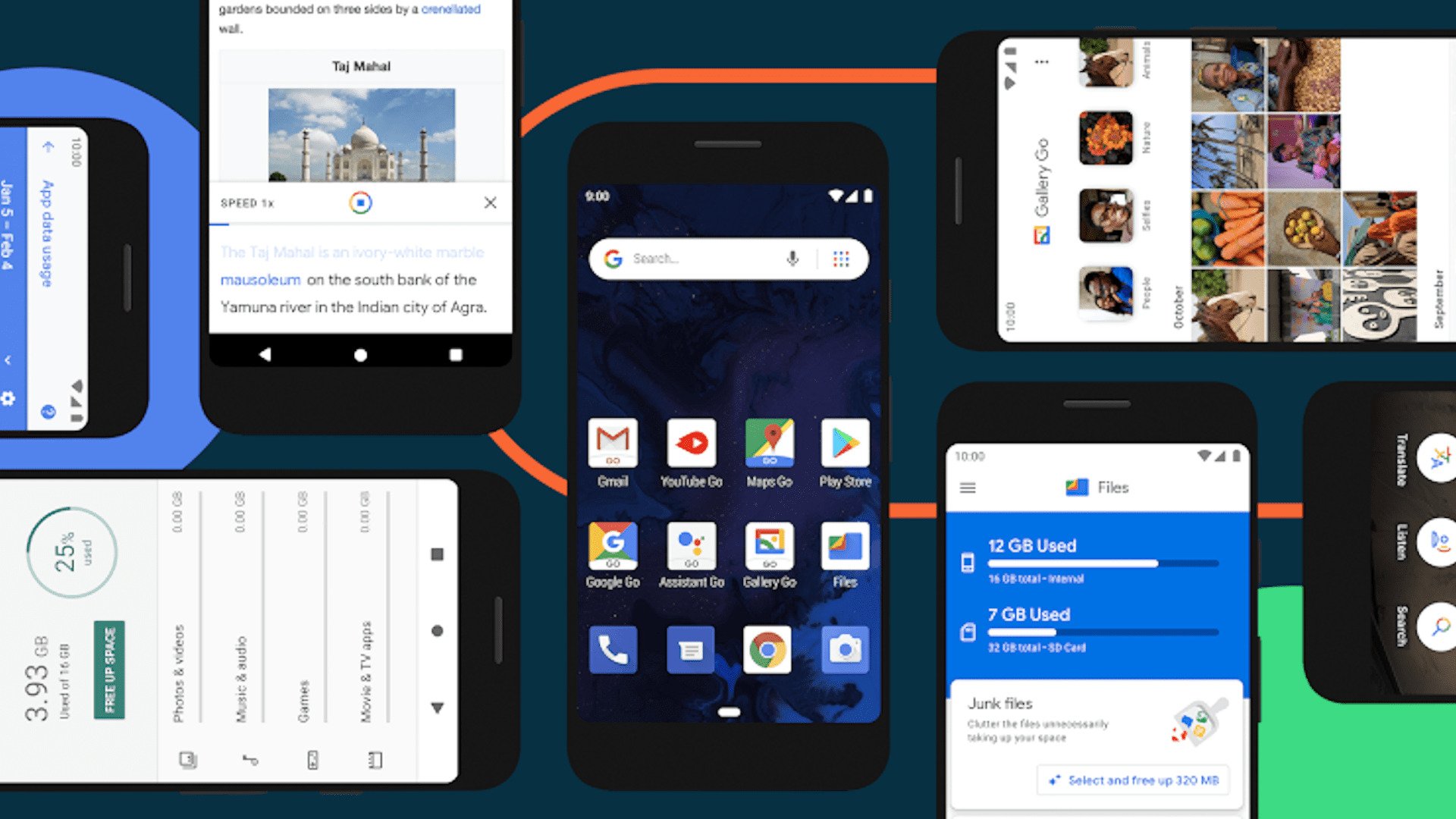 The Android 10 Go edition is a scaled-back version of Android 10 and it puts a strong focus on speed, with faster and more memory-efficient app switching as well as launching. The latest release is 10 percent faster than in Android 9 Go and it should be more reliable, too.

In many places in the world, entry-level smartphones are often the first and only way people get access to the internet. As we build Android for everyone, making sure that these devices are affordable and high quality is a top priority. That's why we launched Android (Go edition) in 2018 - a platform tailored for smartphones with 1.5GB of memory or less. As we release Android 10 (Go edition), here's a look at how we're making experiences for entry-level device owners better, across the platform and apps.

With the Go versions of Google's apps, each of them has been updated frequently and will shine better on Android 10. For example, Google Go now has an AI text narration feature and Google Lens. The new Gallery Go by Google Photos app makes it easier to find photos on an entry-level phone. It is just 10 MB in size but works offline and is still powered by on-device machine learning so that it can automatically organize photos by the people and things you take photos of. YouTube Go has less buffering while streaming videos, helping users save on data consumption.

Third-party apps like Facebook Messenger, Spotify, Twitter, and Uber have started to make considerations for Go as well. All of this goes towards freeing up twice the amount of user-accessible storage than there would otherwise be on an 8GB disk.

Android 10 Go edition, intended for use on devices with 1.5GB of RAM or less, is expected out this season. If this lives up to Google's hype, though, you might not feel like you are compromising as much as before.

According to Google, Android (Go edition) has been supported by over 500 hardware makers which have launched over 1600 devices in the past 18 months to countries like India, South Africa, Nigeria, Brazil, and the United States. Android Go is running on about 80 percent of entry-level Android phones that are being activated today, it says.