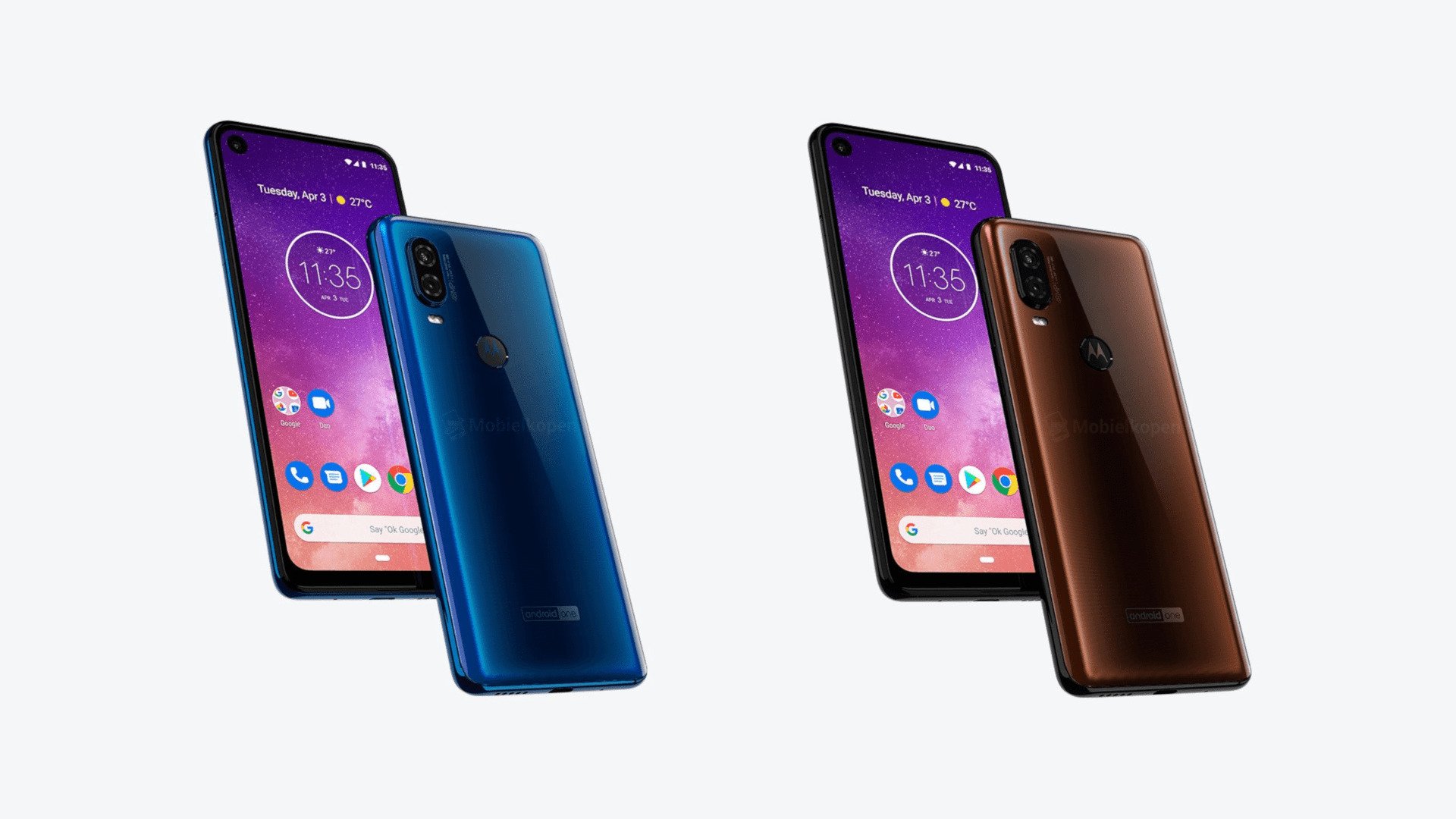 First, renders of Motorola One Vision have leaked a few days ago, and now a German website WinFuture has published new images alongside detailed specifications and the price of the phone. The new images do not reveal anything new about the phone's design, but they do corroborate previous leaks.

The One Vision has a tall display on the front with a hole in the top-left corner for the selfie camera, and at the back is a dual camera which is accompanied by a fingerprint scanner and Android One branding.

Like all other Android One smartphones, One Vision is also a mid-range smartphone. It runs on Exynos 9609 octa-core processor running at 2.2GHz clock speed. It will also have 4GB of RAM and a minimum of 128GB of storage, which is great to see. The storage can be expanded upon with a microSD card. It's a dual-SIM phone, though we're unsure if a microSD card would take up one of the nanoSIM slots.

The handset will have dual rear camera setup with the 48-megapixel main camera and a 5-megapixel depth sensor. The main camera will come with a Night Vision feature and will be able to record 4K videos at 30 FPS and 1080p videos in 60 FPS. On the front, we have a 25-megapixel camera for selfies and video calls.

It is also listed to pack a 3,500mAh battery, and connectivity options will include LTE, dual-SIM, Bluetooth v5, Wi-Fi 802.11 ac, NFC, and USB Type-C port. The phone reportedly measures at 160.1x7.1x8.7mm, and it weighs 180 grams. The phone is said to be released in Blue and Bronze color options.