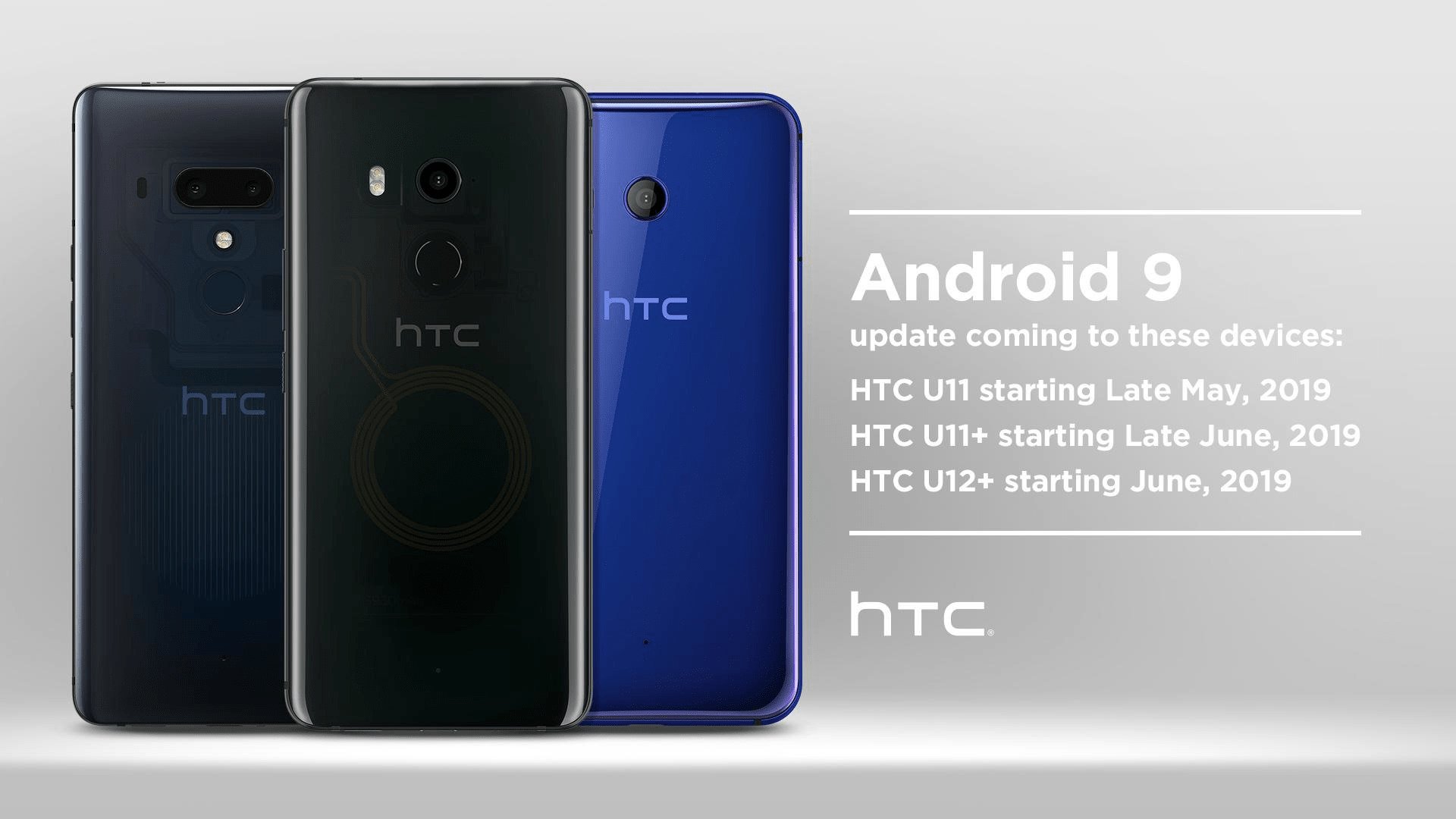 Android Q is on the horizon and HTC has finally decided to share details about their Android 9 Pie update timeline. The company announced on Facebook and Twitter when its flagship smartphones will get Android 9 Pie.

According to HTC, the first phone to Pie update is U11 and the rollout of the update will begin late May 2019. The U11+ is second and it will get the update in late June. The rollout of Android 9 update for U12 will begin sometime in the mid-June, 2019.

These are still pretty vague details, but less so than what we had to work with before, so that is a plus. The thing is, HTC is incredibly late to hop on this update train, compared to every well known Android device maker that is not LG.

HTC phone owners have been waiting quite some time to get a taste of Pie. HTC first announced the Pie rollout back in August 2018, when Google officially released the update's final public version. Since then, only the Android One edition of the U11 Life has received Pie. However, the unfortunate news is the HTC Sense version of the U11 Life will not get Pie, even though it and it's Android One sibling share the same hardware.

It is nice to finally see Pie roll out to HTC smartphones, but it might be too late for some who have moved on.