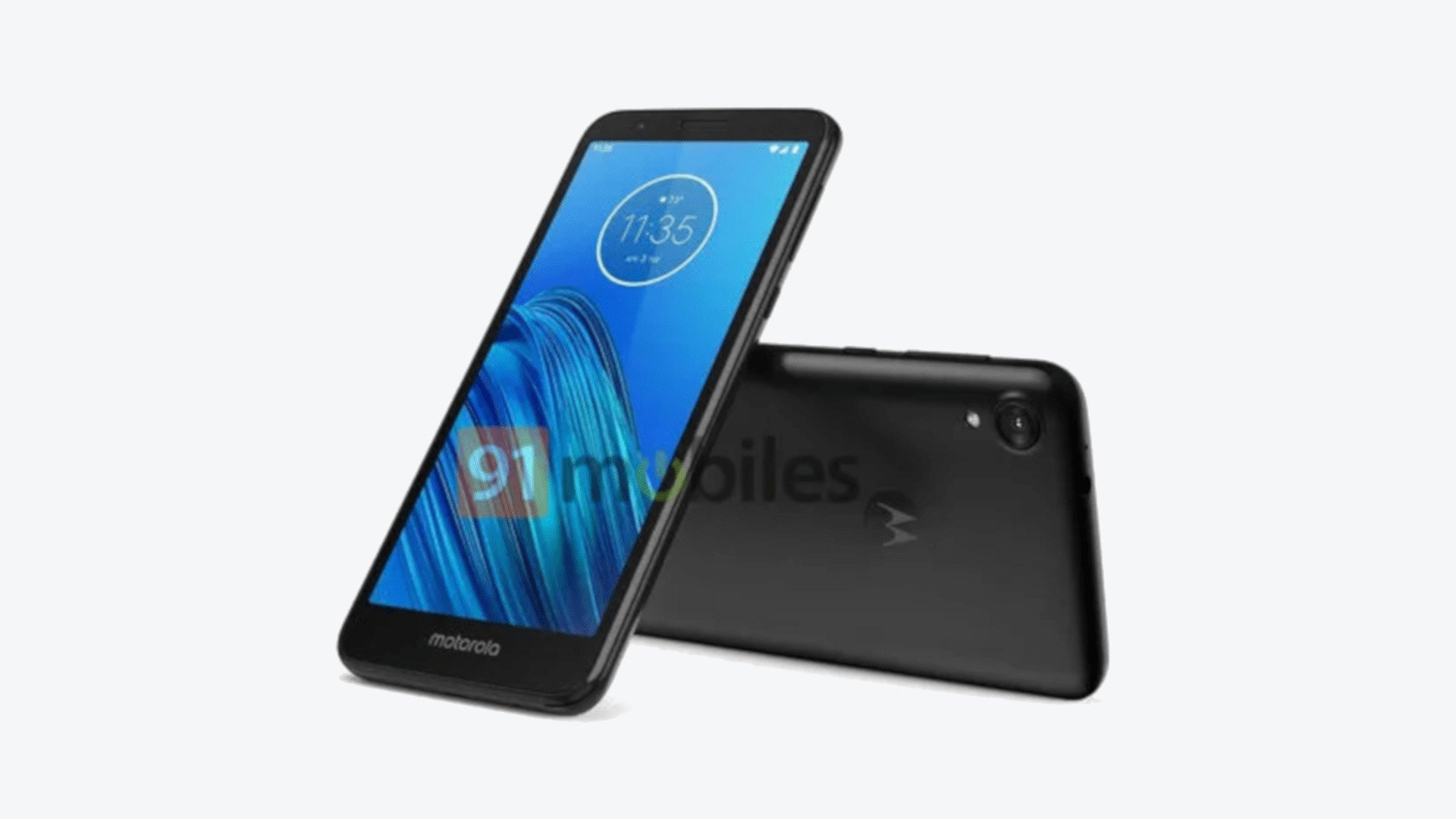 Motorola's upcoming budget smartphone Moto E6 has been making headlines since past one month, revealing to us almost all the key details about the device. Now, we got another leak that shows the press render for Motorola Moto E6 budget smartphone.

The leaked image of the Moto E6 share some similarities with its predecessor Moto E5 - a tall display surrounded by thick bezels and Motorola branding on the chin. A metal back panel with single rear camera accompanied by an LED Flash can be seen gracing the device. There is also the company logo but it does not have the fingerprint reader here and the device could arrive with only pattern or pin security system.

We are surprised by Motorola's decision to ditch the fingerprint scanner on the E6 because its predecessor had one. Other things that can be ascertained from this render are the volume rocker and power button on the right side of the phone. Further, it will have a removable back panel which is notably not seen in devices launching these days. A 3.5mm headphone jack is visibly planted at the top with micro USB charging port at the bottom.

While for specifications, the previous reports have suggested that the Moto E6 will be powered by Qualcomm Snapdragon 430 SoC coupled with 2GB of RAM and 16GB/32GB of storage. It will run on Android 9 (Pie) out-of-the-box. There will be a 5.45-inch HD+ display, a 13-megapixel single rear camera, and a 5-megapixel selfie shooter. With these specs and design, the Moto E6 will most likely fall under the budget segment category.

The new Moto E6 smartphone is expected to be made official next week, Motorola is holding a press event next Wednesday the 15th of May. We are also expecting Motorola to make their new Motorola One Vision handset official at the event.