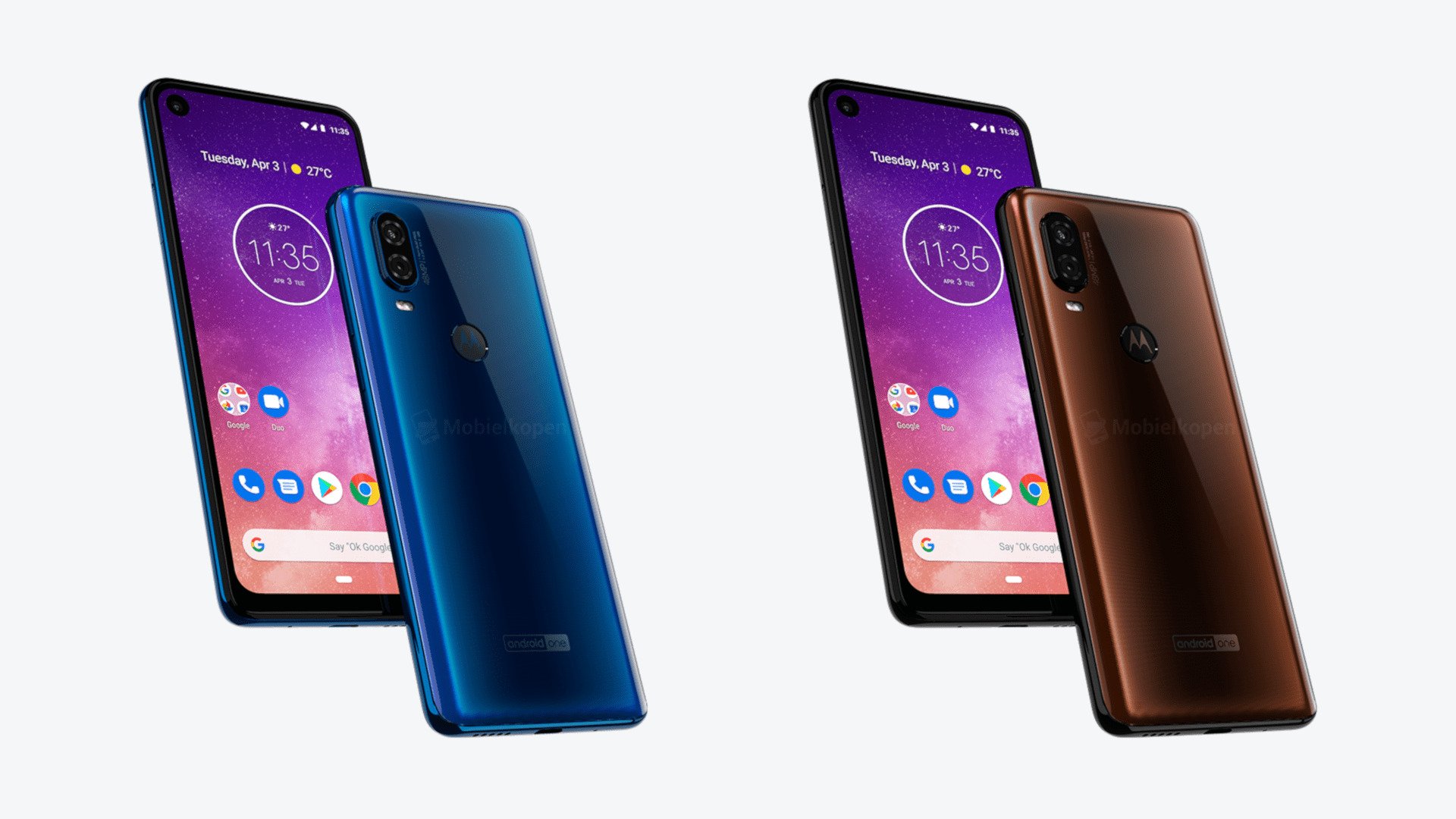 Another day, another leak. This time we got new press render for the Motorola One Vision smartphone, showing punch-hole display, 48MP camera and a new blue color option. Motorola is expected to launch the One Vision in Brazil on May 15. The device is expected to be sold in China under the name Motorola P40.

As per the renders via Mobielkopen, the Motorola One Vision phone will be sporting a punch-hole display. The display has slim bezels and relatively thick bezel at the bottom. According to rumors, the handset will come with a 6.2-inch display that will feature an aspect ratio of 12:9 and a Full HD+ resolution.

The new image further confirms the rear-mounted fingerprint reader and the dual-camera setup on the back. If you look closer, you can also see the specs of the main sensor written right next to the camera module - 48MP with f/1.7 aperture and Quad Pixel technology. And there is also support for optical image stabilization (OIS) as well.

In addition to the brown or mocha version we have already seen earlier, these new renders also reveal a possible blue or light blue variant.

Unfortunately, for now, there is no new info that we could take form this report so we will have to wait a little bit longer for something spicy. It is a well-known fact that Motorola is working on several Android One smartphones and they are supposed to come out later this month. Motorola will apparently announce some of them at an official press event in Brazil on the 15th of May.