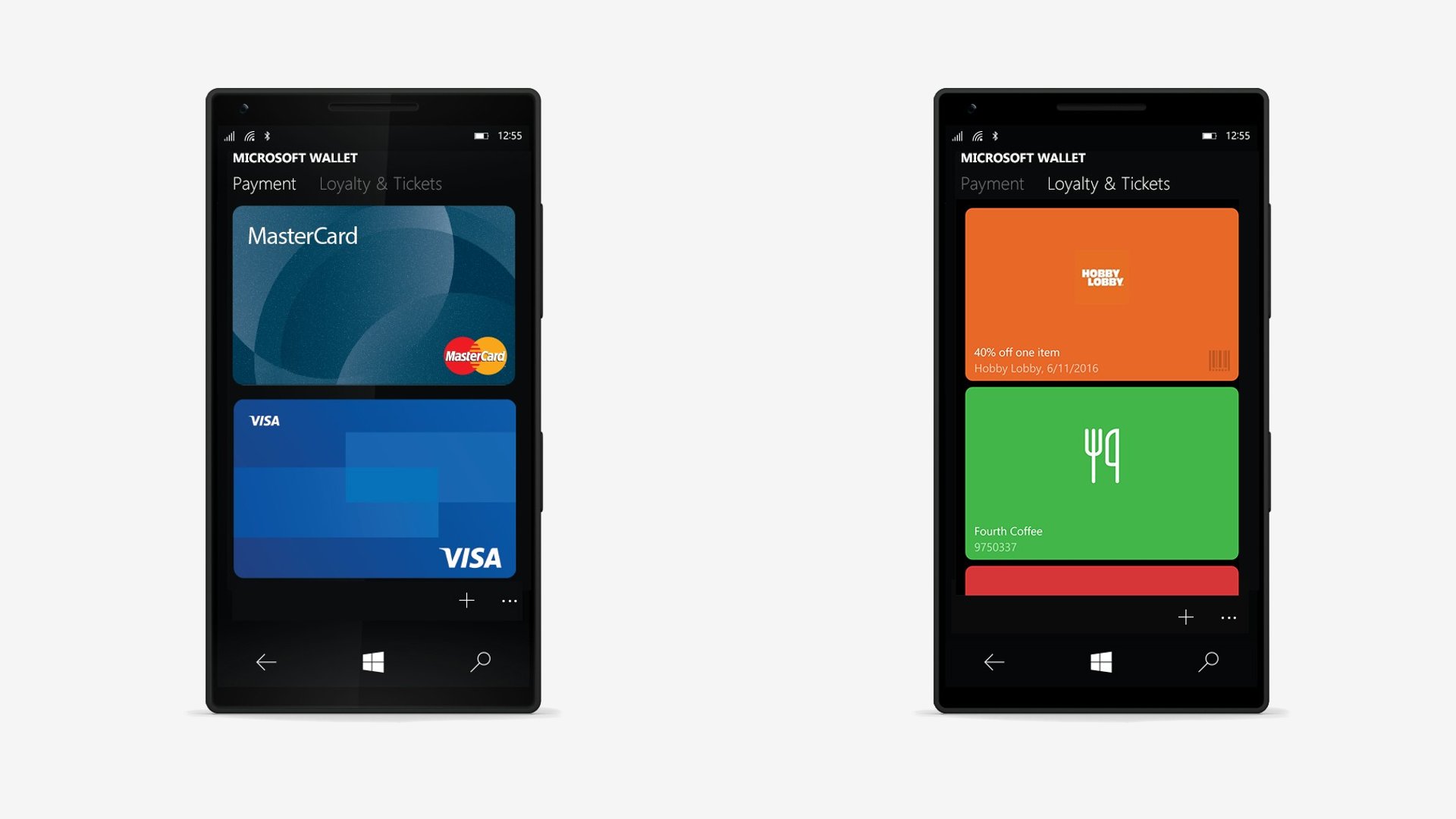 Microsoft has finally announced the introduction of its mobile payment solution. Or rather, as Microsoft calls it, cloud-based payment. As previous rumors suggested, Microsoft Wallet is the new Windows 10 Mobile app that will enable this tap to pay feature.

The tap to pay for Microsoft Wallet is now available for Windows Insiders for select Lumia models. The feature is currently available for Lumia 950, 950 XL and 650.

Microsoft has partnered with MasterCard and Visa to bring its mobile payment service. It means that any contactless payment terminal will automatically supports Microsoft Wallet as well.

Microsoft Wallet is a cloud-based payment technology that will make mobile payments simple and more secure for Windows 10 Mobile devices, starting in the U.S. with our Lumia 950, 950 XL and 650, and usable in over a million retail locations; anywhere you see the contactless payment symbol or the Microsoft Wallet logo at the point of sale.

With number of companies supporting mobile payment is continuously increasing, the competition boils down to the number of merchants and terminals you can support. But with the number of contactless payment terminals already spread out in the country, Microsoft Wallet can easily piggyback on those for ease of payment.

Microsoft Wallet also supports Rewards and Membership Cards. You can either scan or manually input them into the app. Participating merchants will simply have to scan the barcode from the smartphone or reference some code. However, some organizations require a membership card with a photo, so it might not actually be accepted in all places.

To help making shopping a breeze, Microsoft Wallet also provides one convenient place to store reward and membership numbers so all customers have to do is reference or scan them right from their phone.

While Microsoft Wallet supports numerous existing terminals, it is currently only available for few Lumia models. Currently, it only supports The Lumia 950, 950 XL, 650, and 650 Dual. In addition all these devices should have latest Windows 10 Insider Build installed and running.

Microsoft is already behind in the Mobile Payment service and also their smartphone market share is non existent. Also, none of the supported devices have fingerprint scanner, which means you have to enter passcode to pay. This puts them in serious disadvantage compared to Samsung and Apple. Samsung Pay has the most extensive mobile payment network and is closely followed by Apple Pay.

Please remember that Microsoft Wallet is only available for Windows Insiders with build 14360 or higher. For regular users, you an expect the future to come with Windows Anniversary update.