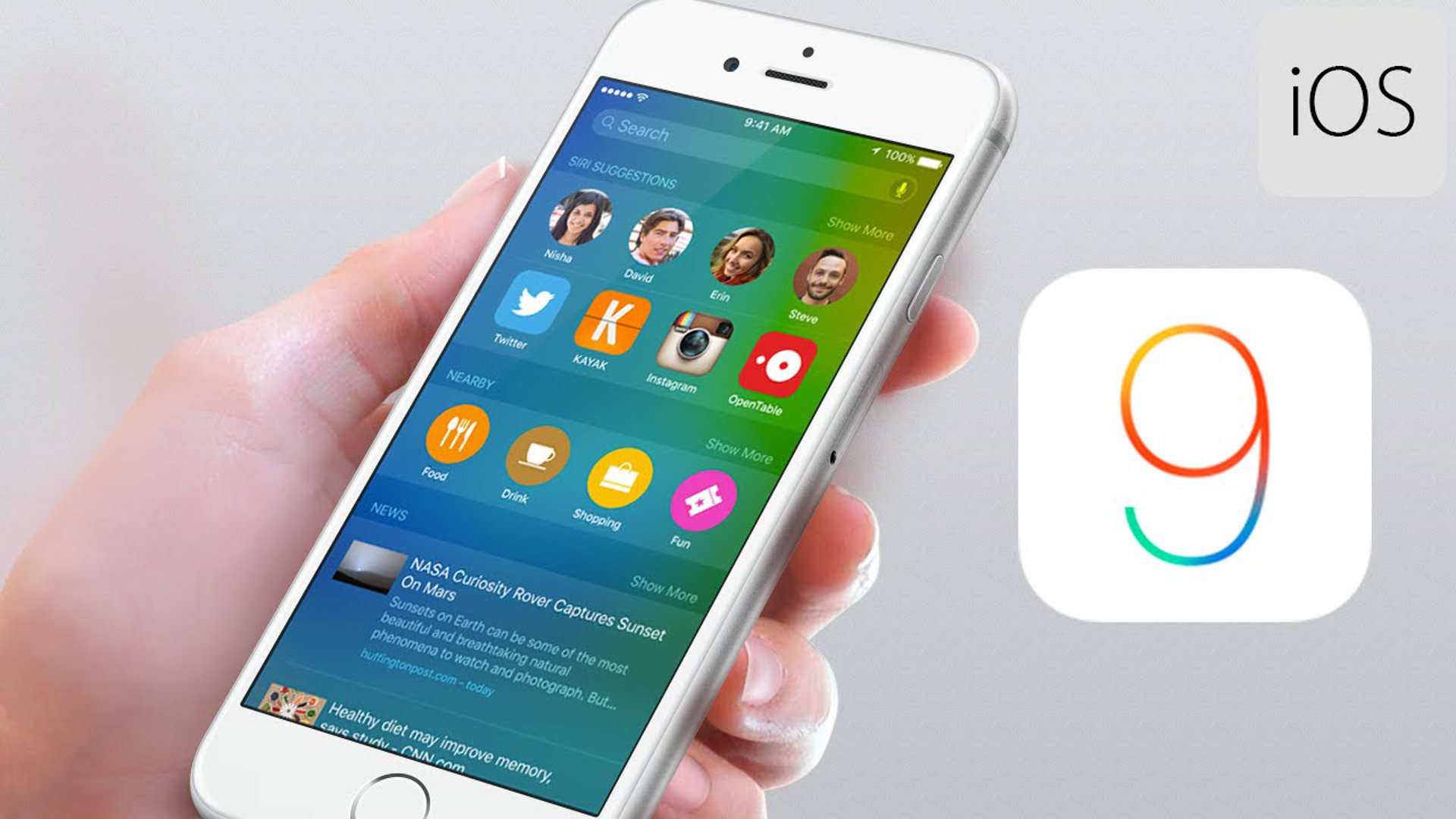 This update fixes some key bugs, including one where users could not complete the setup assistant process after upgrading to iOS 9 and another one where alarms failed to go off at set times. The setup assistant bug has been referred to as the “slide to upgrade” bug where some users’ devices became unresponsive after the "Slide to Upgrade" message appeared on their screens.

In addition to those two bugs, Apple says iOS 9.0.1 also fixes "an issue in Safari and Photos where pausing video could cause the paused frame to appear distorted" and "an issue where some users with a custom APN setup via a profile would lose cellular data".

Here are the release notes for iOS 9.0.1 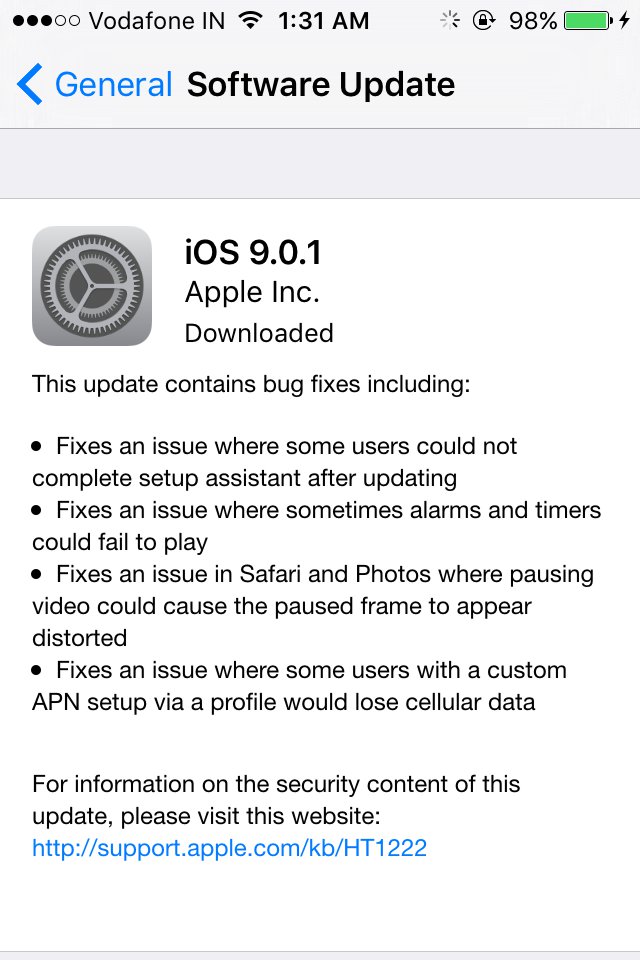 The update is available as an OTA download, and to install the update on your iOS device, launch the Settings app, then tap General > Software Update. You also can update within iTunes with your device connected to your Mac or Windows PC.

This update did not address the performance issue that affected some users of iOS 9, and there is also no mention of resolving any battery issues with the release.

While the iOS 9.0.1 update mentioned on the Apple Developer Center says the version cannot be reverted to a prior software release, users can downgrade to iOS 8.4.1 for the time being, though it requires a backup made from that matching software release, or to setup the device as new.

Apple announced this week that iOS 9 is off to the fastest adoption rate of any software release from the company ever. It also claims that more than 50 percent of activated devices are now running iOS 9, so there may be a rush to install the iOS 9.0.1 update. The update is 34.2MB; hopefully it will not take long to download and install.

With iOS 9.1, Apple is expected to introduce more significant fixes, and potentially new features including new emoji and settings for acclimating the "Hey Siri" activation feature to an individual user's voice. It will also bring support for the iPad Pro's new Smart Keyboard and Apple Pencil. A second beta of iOS 9.1 was released to developers on Wednesday. It is unknown when the software will officially arrive, but it is widely speculated that Apple will release iOS 9.1 in November.