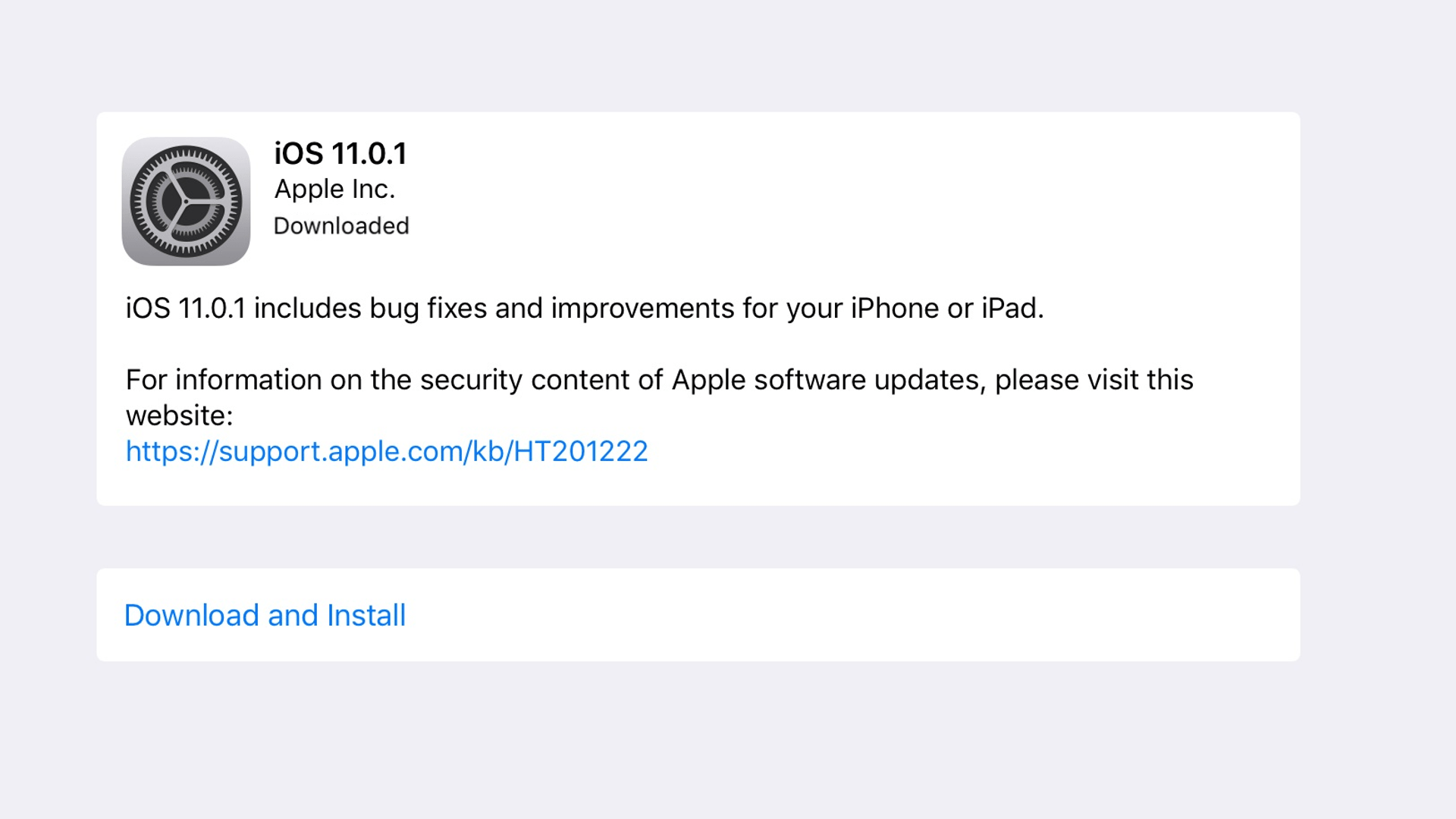 Apple has released the first software update to iOS 11 for the iPhone, iPad and iPod touch to the public today. The update fixes some bugs and brings performance improvements for the iPhone and iPad. The new update comes one week after the launch of iOS 11.

The iOS 11.0.1 software update is a minor point release. It is around 280MB in size. As yet there are no details on what else is included in the update. However, Apple says the update includes a fix for the email issue relating to Exchange email bug that was discovered when iOS 11 was released.

Apple explains in a support note that "until you update to iOS 11.0.1", you might not be able to send an email with an Outlook.com, Office 365, or an Exchange Server 2016 account running on Windows Server 2016. When affected users attempt to send an email from an iOS 11 device, they would see the error "Cannot Send Mail. The message was rejected by the server".

Given the large number people who use Microsoft email services from an iPhone and the importance of Exchange for work, this bug had the potential to have a serious impact as the iOS 11 upgrade gets into full swing.

However, analytics firm Mixpanel says that at present 26 percent of iOS users have upgraded from an older version of iOS. Apple will update its iOS distribution figures in the next two weeks, offering an official snapshot of iOS 11 adoption rate. Currently, it shows that iOS 10 is running on 89 percent of Apple mobile devices.

As yet there are no details on what else is included in the update. If you spot any other changes or new features, leave a comment below and let us know. The OS 11.0.1 software update is now available to download for the iPhone and iPad. To install the update you need to go to Settings > General > Software Update.

That said, there are no noticeable new features in iOS 11.0.1, which is not surprising at all. You should expect new tricks from the future iOS 11.1 release.