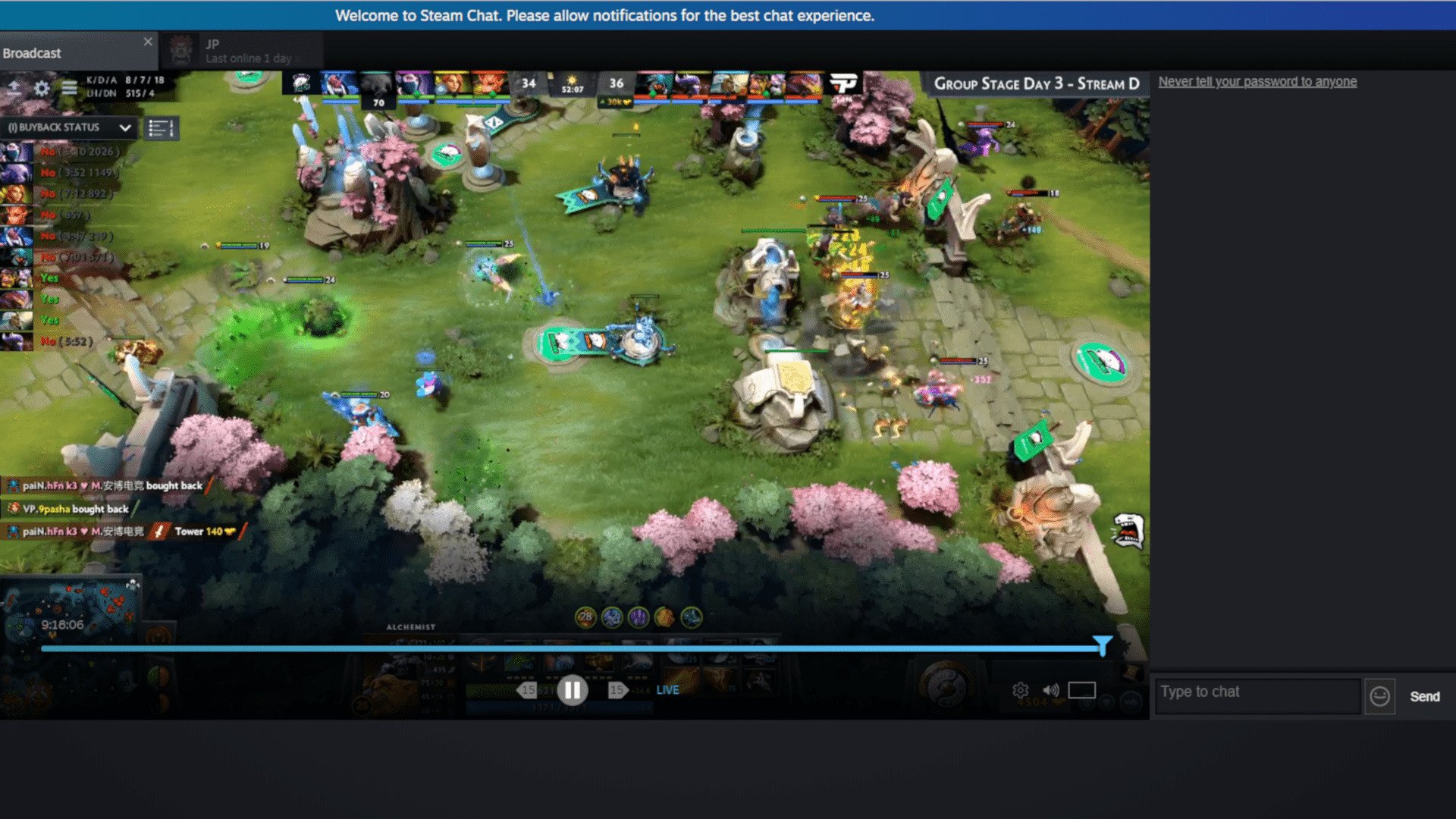 This Friday, Valve has accidentally debuted a Twitch-like live streaming platform called Steam TV. While testing, Valve accidentally brought the site Steam.tv to live for a brief period of time, showcasing a stream from Valve's own annual Dota 2 tournament, The International 2018.

Shortly after going live, the site was pulled and left with a blank page. During the time the site was live, it had the message "Welcome to Steam.tv", and featured a live broadcast of The International 2018.

Although Steam.TV was live for a short time, many have identified features that are similar to Twitch. The stream featured chat integration, and logging in with a Steam account gave the options to easily create group chats with people from the friends' list. However, there was no ability for users to start streaming their own games for others to watch.

Shortly after the reveal, Valve issued a statement that admitted the platform is real and was only made public by accident. In a statement released by the company

We are working on updating Steam Broadcasting for the Main Event of The International, Dota 2's annual tournament. What people saw was a test feed that was inadvertently made public.

Since the accidental reveal, rumors are speculating that Valve will launch its streaming platform at the Main Event of The International on August 20, 2018. The International is one of the world's largest esports tournaments, making it the perfect time for Valve to debut a new Steam-based streaming platform. Of course, the August 20 estimate does not account for "Valve Time".

It is not clear if Valve has ambitions beyond just streaming Dota 2 games, but there is already plenty of competition to Twitch right now. Microsoft has its own Mixer streaming service, and Google has YouTube gaming. Both services are big rivals to Twitch, and they allow gamers to stream their gaming, and watch others broadcast titles.