Survey Reveals Apple's Retail Stores Does Not Sell Many iPhones 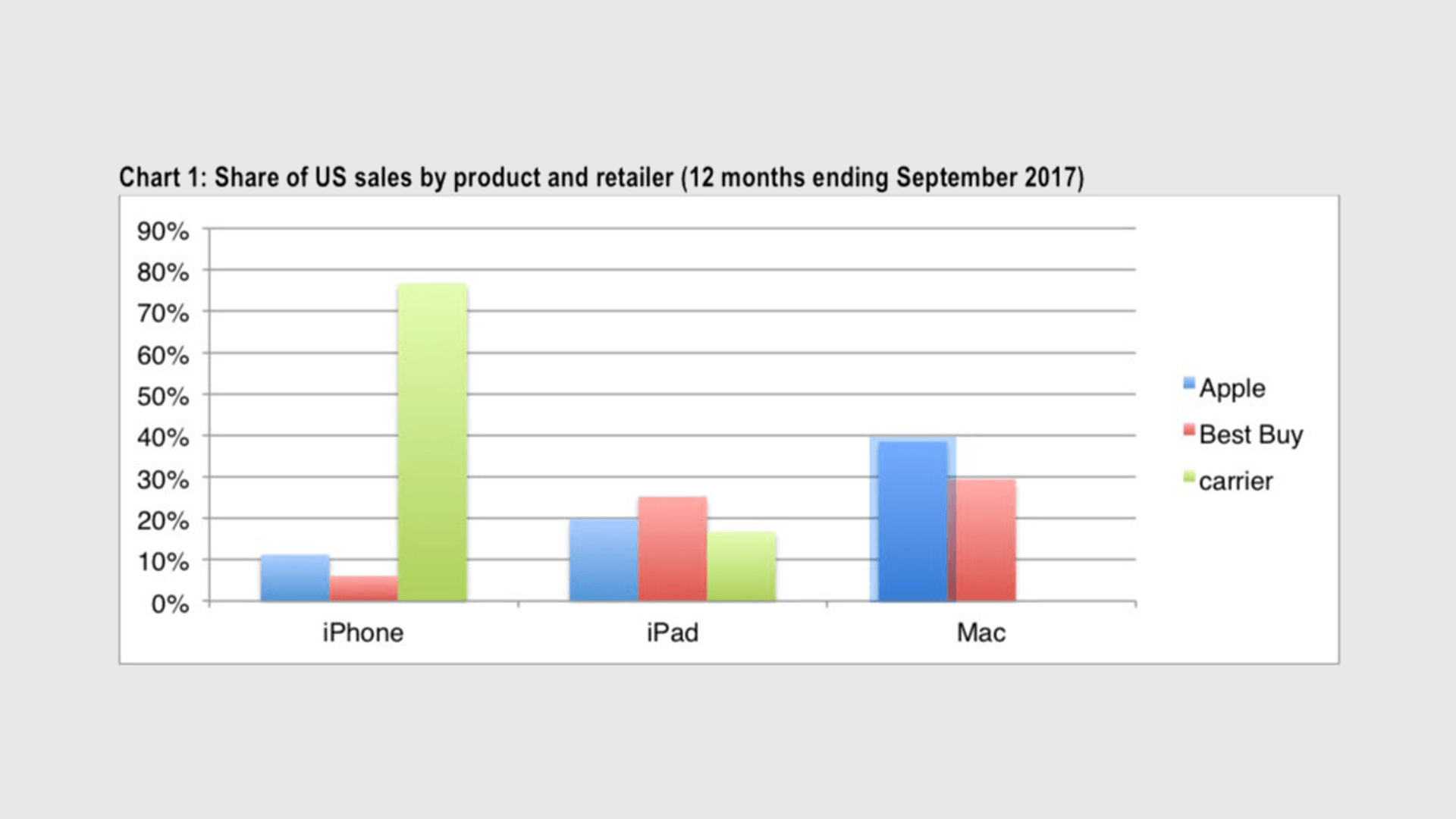 A recent survey of 2,000 U.S. consumers who bought a major Apple product in the last year shows that almost four in ten Macs sold are purchased directly from Apple, either through the company's retail store or its online store. However, the vast majority of iPhones and iPads are purchased somewhere other than Apple's retail stores.

The CIRP survey found that just over 10% of iPhones were bought at the Apple store, with the bulk of sales going directly to carriers. It will come as no surprise to see that around three-quarters of iPhones are bought through carriers. Best Buy raked in about 5%, with the majority of those sales likely being of phone/plan combos sold on behalf of carriers.

Interestingly, customers buy the majority of iPhones on a two-year equipment installment plan, as it is the most attractive way of spreading out the cost of a new device. It also explains Apple's recent pricing strategy with the iPhone, namely its introduction of the iPhone Upgrade Program.

What may be somewhat more surprising is that Apple is only the second-largest retailer of iPads, totaling some 20% of sales. The retail lead there is held by Best Buy, which accounts for 25% of iPad sales.

CIRP does qualify its findings by noting that the above numbers represent the year-long averages, Apple's direct sales increasing at specific points in the year. While Apple is happy that carriers are selling so many iPhones, it makes less profit on each device sold through a carrier, as the carriers receive a wholesale discount.

Meanwhile, Apple Stores have a large share in selling Macs as customers want to learn and experience them before buying them. Although the company's retail stores are not selling devices as expected, Apple continues to expand its retail outlets, both in its home market and internationally.

In other news, a very early Q3 data from AT&T, reveals that the carrier saw 900,000 fewer iPhone 8 upgrades compared to the year-ago quarter. While Apple is happy that carriers are selling so many iPhones, it makes less profit on each device sold through a carrier, as the carriers receive a wholesale discount. A new flagship Chicago store is set to open tomorrow, while it appears likely that Apple will finally get approval to open stores in India.