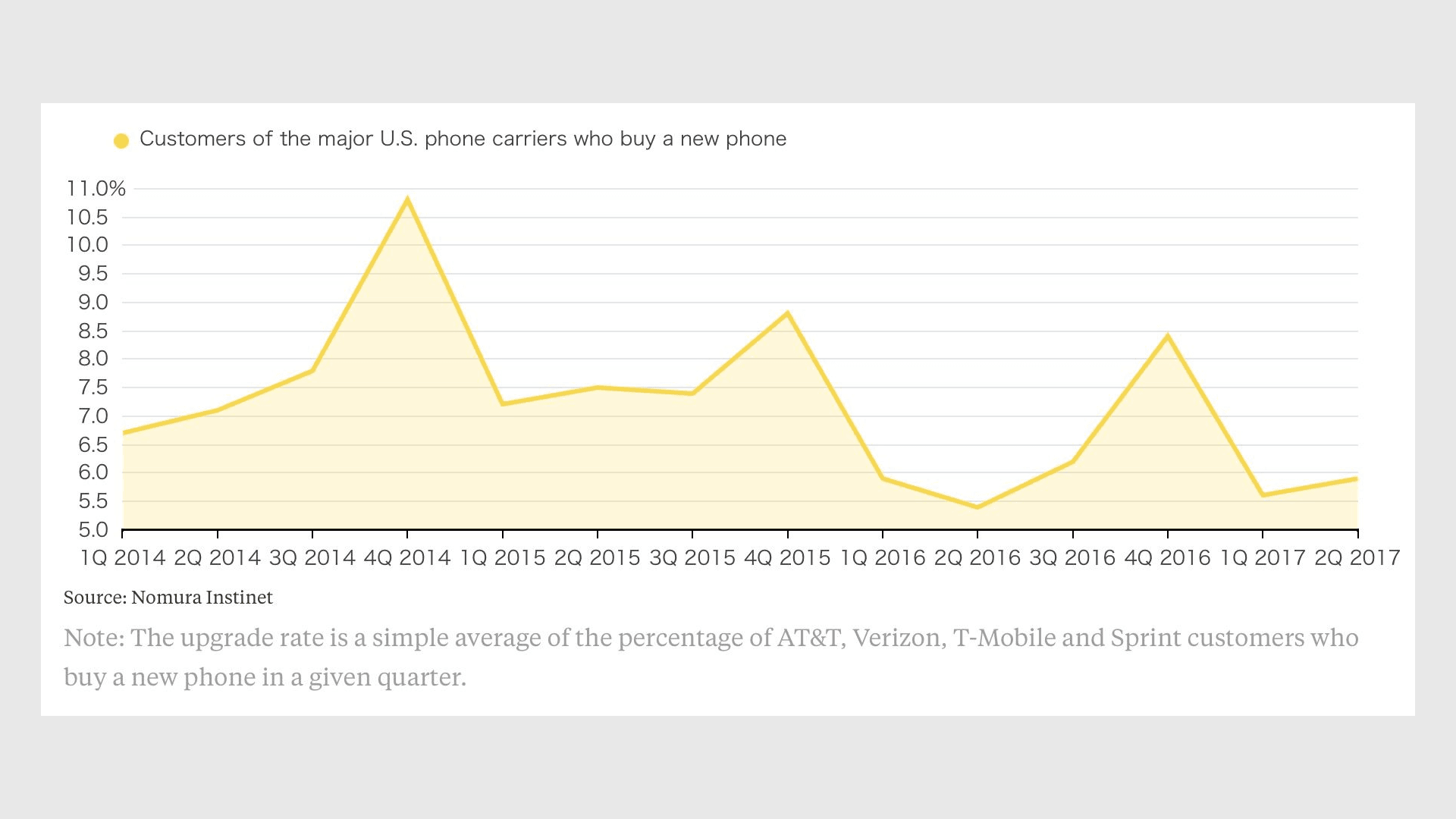 According to a very early Q3 data from AT&T, the iPhone 8 demand might not be as popular as past models. The carrier says it saw 900,000 fewer smartphone upgrades compared to the year-ago quarter. A recent Bloomberg piece suggests that the AT&T drop in year-over-year smartphone sales could be a sign that the iPhone 8 is not doing so hot. However, there are more than likely a few substantial reasons for the numbers.

The latest dour data came from AT&T Inc. late Wednesday. As part of an early disclosure of selected third-quarter financials, the company said the number of its mobile subscribers that had swapped out old smartphones for newer models fell by 900,000 from the third quarter of 2016.

The quarter included about a week of U.S. sales for Apple's iPhone 8 models, one of two new smartphone lines the company debuted last month. If the iPhone 8 had been a hit out of the gate, then I would have expected AT&T's upgrade number might at least have fallen less dramatically.

Bloomberg columnist Shira Ovide also points out that upgrade rates for the customer base of the four major networks have steadily fallen across several years - some analysts estimate that AT&T's 3Q17 upgrade rate will be lower than estimates.

Bloomberg report does mention that AT&T's Q3 only included about a week of iPhone 8 sales which is not enough to make a judgment and that the data includes all smartphones, not just iPhones. Moreover, there is a possibility that a large number of potential buyers are waiting to purchase the iPhone X when preorders start later this month.

Another factor to consider is that more customers could be buying iPhones directly from Apple. With several unknowns, it is difficult to know with any certainty what AT&T's (or overall) iPhone 8 sales have been. Also, we have seen recent reports that suggest that the iPhone 8 is doing better than expected. The good thing is the iOS 11 adoption is going strong since its launch.

While there may be many factors at play here, we will know more on iPhone8 sales numbers in a couple weeks at Apple's fiscal Q4 earnings call, which is scheduled for November 2, just one day before the first iPhone X units ship to eager customers.

The Bloomberg report also notes that the number of wireless subscribers upgrading their device is also on the decline.