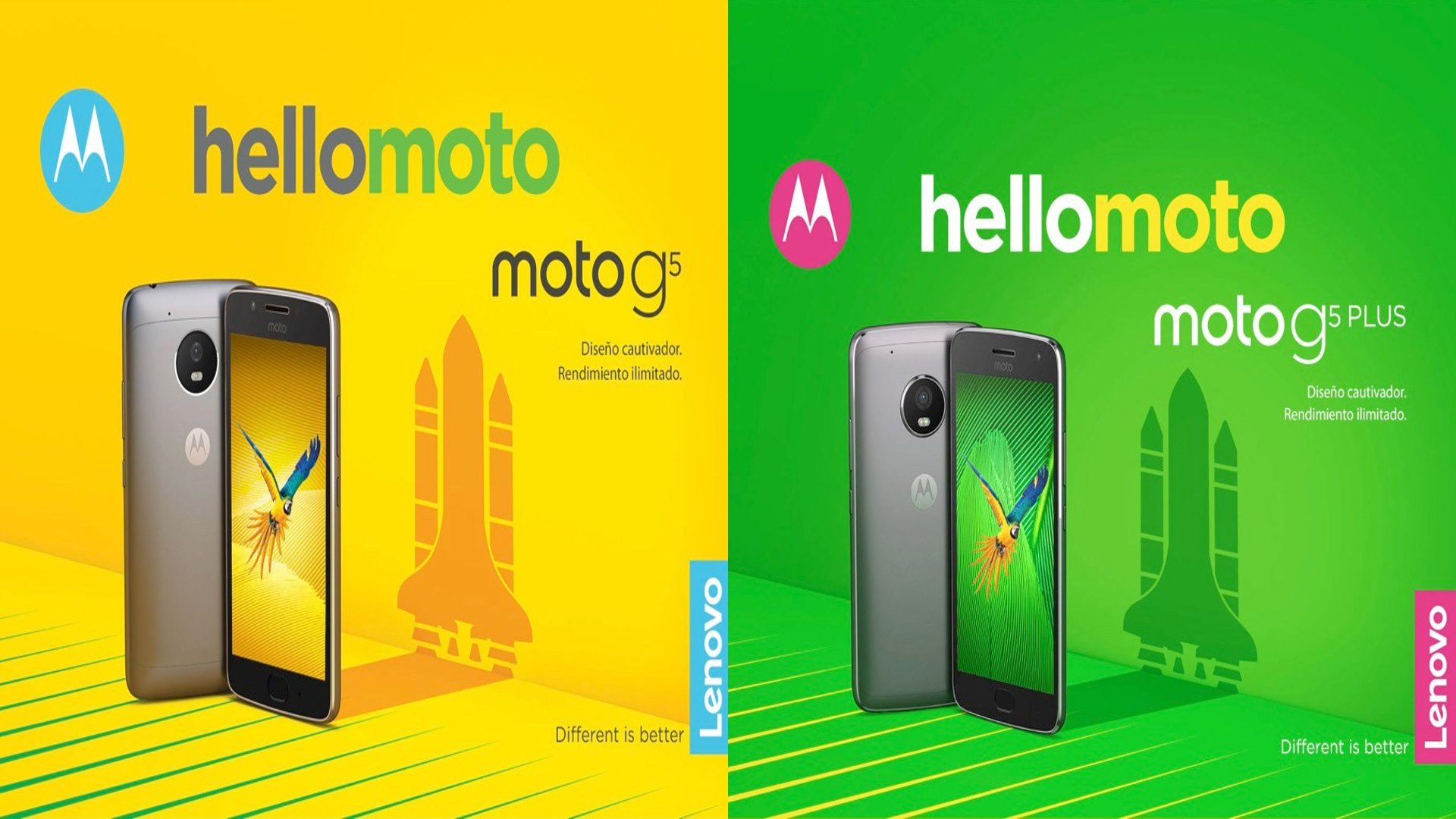 Motorola is working on two mid-range smartphones Moto G5 and Moto G5 Plus and the company is planning to reveal them at the MWC 2017 in Barcelona. However, it looks like we do not have to wait till MWC to find out everything about these two smartphones.

Today, a Spanish retailer had their listings up prematurely for a short time that reveals the official press renders of the alleged Moto G5 and Moto G5 Plus, along with their specs.

According to the leak, Moto G5 is the lower end model among the duo. It will feature a 5-inch display sporting a resolution of 1920 by 1080 pixels and Snapdragon 430 chipset. In terms of memory, it will have 2GB of RAM and 32GB of internal storage coupled with a microSD cards slot. For camera, it will have a 13-megapixel rear camera and a 5-megapixel front-facing camera for selfies and video chat. The device will have a 2,800 mAh battery. The handset measures 144.3 x 73 x 9.5mm, and it weighs 145g.

The Moto G5 Plus on the other hand comes with a bigger 5.2-inch display sporting a 1080p resolution with Gorilla Glass 3 and Snapdragon 625 chipset at the helm. It too will have 2GB of RAM, but will have 64GB of internal storage - double the storage of Moto G5. For camera we have a 12-megapixel rear camera with dual auto-focus pixels and a 5-megapixel front-facing camera for selfies and video chat.  The device will have a 3,000 mAh battery with support for "TurboPower" charging. Its dimensions are 150.2 x 74 x 7.9mm, and it weighs 155g.

Both G5 and G5 Plus will have water repellent coating and a fingerprint sensor. In addition, both devices will also ship with Android 7.0 Nougat as its operating system out of the box. We will update you as soon as we get more details about these handsets.