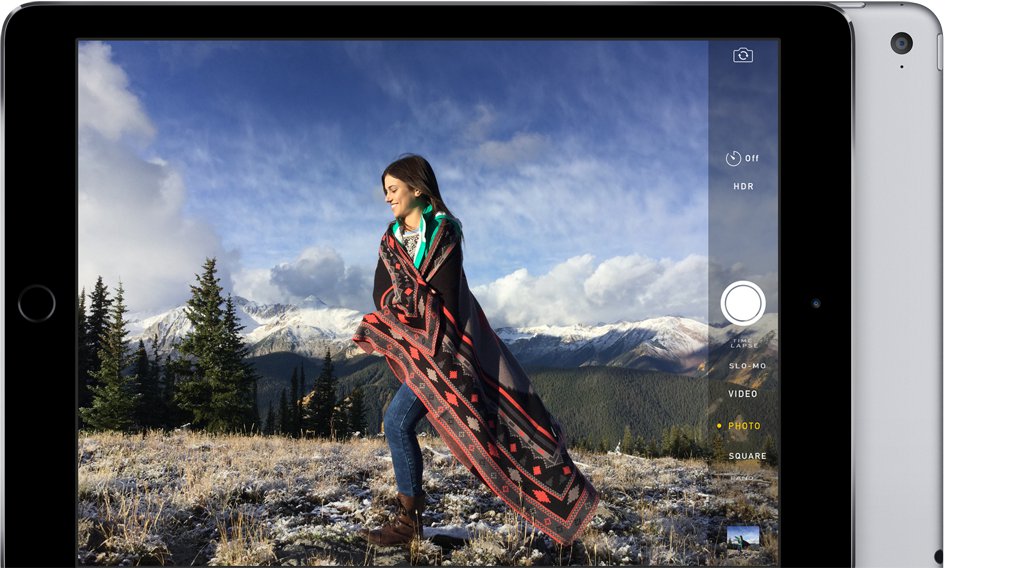 The iPad Air 2 is only 6.1mm thick; also its the first model that is available in gold color. It got 9.7-inch screen with 2048*1536 pixel resolution and the display is nice than iPad Air. The LCD, glass, and touch sensor are now all optically bonded, so there are no longer any air gaps between then.

This is the first time that Apple has put Touch ID on a tablet, and now that developers are able to tap into the sensor to allow authentication and payments within apps, its addition should become increasingly useful. Apple also says that Touch ID on the iPad Air 2 will let you use Apple Pay for purchases within apps and for physical goods, though it's not clear if that means you'll be able to use it in stores or just to make purchases online.

The processor has been upgraded to the new A8X chip, a 2nd generation 64-bit chip with 3 billion transistors. Its 12 times faster than the original iPad.

The rear-mounted iSight camera has 8 megapixels, with a fast f2.4 aperture, and can shoot 1080p video. Apple said its the image signal processor inside the A8X chip which brings out the best in its images. Itll also take large scale panorama photos, slow-motion video, plus a burst mode has been added, along with the new Timelapse feature introduced with iOS 8.

Other new features include an update FaceTime camera, faster Wi-Fi and 20-bands of 4G LTE connections, and Touch ID fingerprint scanning has been added to the Home button, just like on the iPhone. The latest iOS 8.1 operating system will be installed, and the tablet will be compatible with Apple Pay.

The cellular models of the iPad Air 2 and iPad Mini 3 include the new "Apple SIM," which allows US and UK users to "choose from a variety of short-term plans" from different carriers and avoid longer-term contracts in the process. Also, when traveling, users can pick a short-term data plan from a local carrier through the Apple SIM, instead of getting a separate international SIM.

The iPad Air 2 is up for pre-order on October 17, and will ship by October 24. There are three colors available; white, grey, and gold with three internal storage options. Below is the price list for each.

The tablet with cellular connectivity