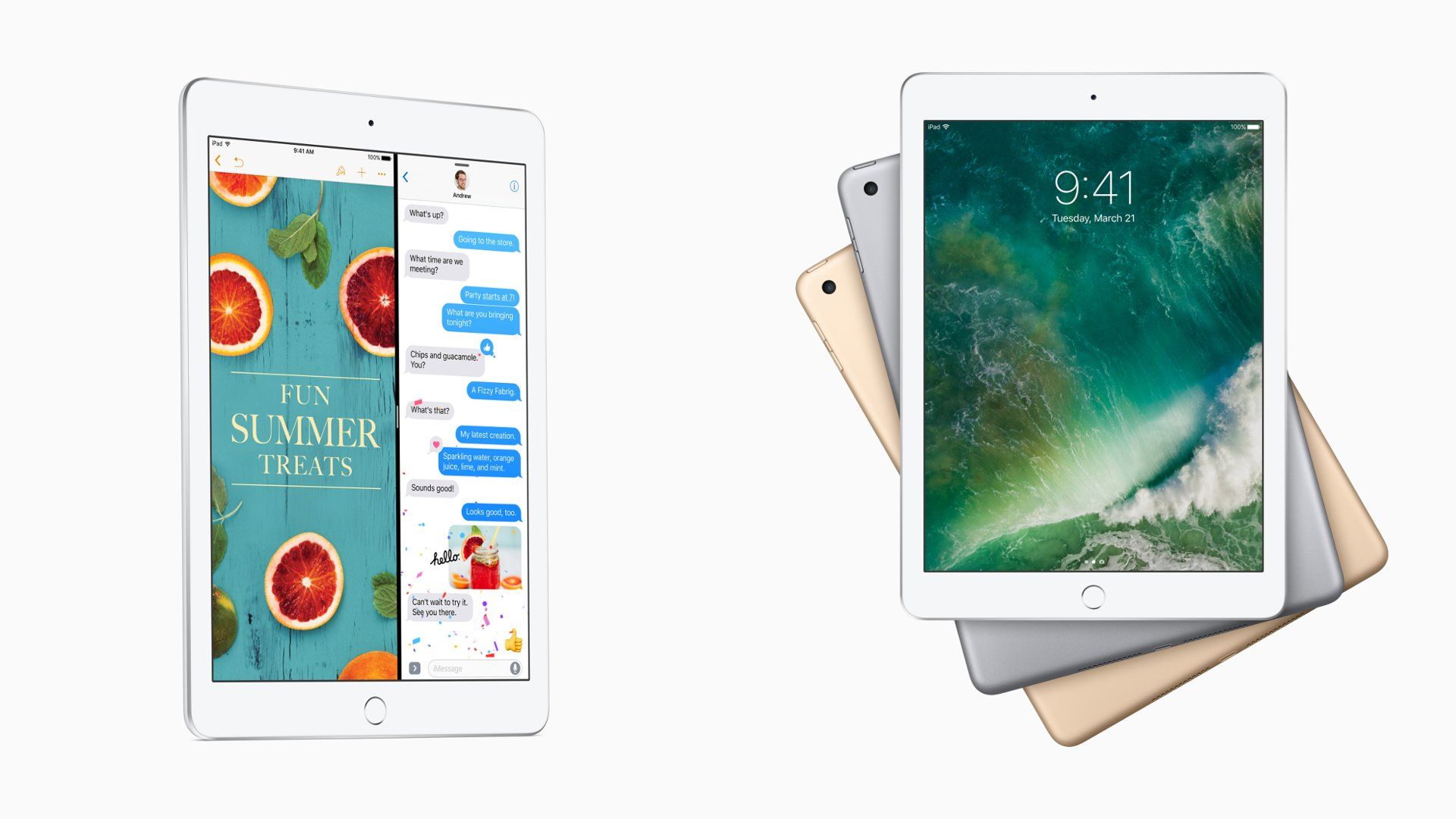 Apple has discontinued iPad Air 2 and the iPad Mini 2 and launching a new cheaper version of its 9.7-inch iPad that is going on sale on Friday for $329. The new iPad comes with a brighter display, Touch ID, worldwide LTE support, the A9 chip and iOS 10.

The $329 iPad features older internal components to enable the lower price point. The specs of the new tablet remain largely the same as that of the Air 2, with one major difference - the old A8X chip found in Air 2 was replaced with the newer 64-bit A9 chip, which first made its debut in the iPhone 6S and 6S Plus.

The tablet includes a brighter 9.7-inch Retina display than the iPad Air 2 that it replaces. However, it does not support Apple Pencil or include a Smart Connector like the iPad Pro line.

The new 9.7-inch iPad does have some limitations, though. For a start, you cannot buy it in rose gold as the color option is only available for iPad Pro models. In addition, its case is about 20% thicker than that of iPad Air 2. Instead, the casing itself is taken from the iPad Air 1, offering the same dimensions and weight as Apple's 2013 flagship tablet. So, 7.5mm thick instead of 6.1mm thick, and 469 grams (Wi-Fi only) instead of 437 grams. The height and width stays the same.

iPad is the world's most popular tablet. Customers love the large, 9.7-inch display for everything from watching TV and movies, to surfing the web, making FaceTime calls, and enjoying photos, and now it is even more affordable.

New customers and anyone looking to upgrade will love this new iPad for use at home, in school, and for work, with its gorgeous Retina display, our powerful A9 chip, and access to the more than 1.3 million apps designed specifically for it.

The new iPad includes FaceTime cameras on front and rear, Touch ID for unlock and Apple SIM in cellular models. The iPad is available in silver, gold and space gray color options. Apple has also dropped the price, with a 32GB Wi-Fi model starting at $329, and 32GB Wi-Fi and Cellular model going for $459. While the new 9.7-inch iPad may be relatively old, the price is certainly aggressive and will certainly get people's attention.

The new iPad goes on sale in a couple of days, so you can order from Apple.com this Friday March 24 and arrives next week in Apple Stores. It will also be available through select carriers and Apple Authorized Resellers in the US and more than 20 countries and regions, including Australia, Canada, China, France, Germany, Hong Kong, Italy, Japan, Mexico, Netherlands, Spain, Sweden, Switzerland and the UK.

Apple will release the new iPad in Denmark, India, Mexico, Norway, Russia, Turkey in April. While Brazil, Taiwan will get it in May.

There are rumors that the company is planning to release three new iPad Pro devices this year, so expect we can expect more iPad refreshes in 2017.