Be Great At Counter Strike 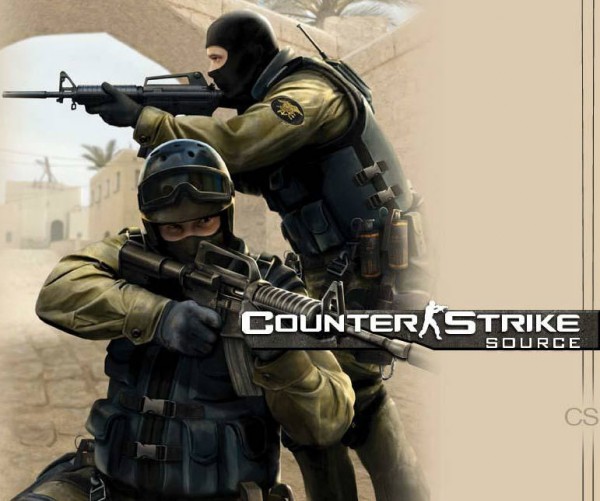 Familiarize yourself with the controls. Get used to moving around with the w, a, s, d keys, and shooting with the mouse. Find a mouse sensitivity speed that you like, and stick with it.

Customize your configuration to work for you. Even if you have used the default config, and that's what you're used to, try to see if you can make some keystrokes more efficient for you. Using low sensitivity is more accurate as you can move with greater precision. Turn off weapon autoswitch, turn on weapon fast switch. Turn off vsync, mouse smoothing and mouse acceleration. Fix your rates, for a high bandwidth connection: rate 25000, cl_updaterate 101, and cl_cmdrate 101 is good... You can tweak your config if you have a slower computer.

Know the map. This is important so that you know where you're going, anticipate where the enemy will go, and to know strategic spots. If you are new to a map, join a server with 0 players, and just explore around. Once you are familiar with a map, play in a server with other players. Notice that you can easily predict where the enemy might go now.

Of course, knowing the map won't help much if you don't know what weapons to buy, or how to use them. On servers where you start with $800, I recommend buying a Desert Eagle, the 2nd to last pistol on the menu. It is the strongest pistol there is, and a few carefully aimed shots will defeat your enemy. Once you have enough cash to purchase other items, you will have a wide variety of weapons to choose from. I recommended buying a AK47 if you are a terrorist, or a Colt M4A1 if you are counter-terrorist. These guns are pretty precise if you aim, and are strong. If you have extra money left over, buy flash grenades, which will help a lot in game, and HE grenades, which can be very powerful. A lot of people ask "Well should i buy armour?" It could probably keep you alive for a few shots at most, but in some cases it doesn't help. If you are in a server that starts with $16000 every round, then I definitely recommend buying the full kevlar and helmet armour, HE grenades, flash grenades, smoke grenades, desert eagle, rifle, and all that stuff since you have nothing to lose.

The Awp. This sniper rifle is so special that it gets its own step. The AWP is indeed the most powerful weapon in the game, since shooting the enemy anywhere above the legs results in instant death, while shooting the leg results in 82-86 damage. The AWP will be hard to learn how to use at first, since it makes you walk a lot slower, its slower to move, and its slower to scope. Practice using the AWP by going to AWP only servers, usually servers that being with the name awp_. I recommend awp_india v2, as it is the typical AWP map that everyone loves, but there will no doubt be pros that will keep killing you before you can even figure out how to use this weapon. If that is the case, join a de_dust 2 server with lots of people, and just practice moving the AWP around and scoping. Practice zooming in, shooting, and immediately moving away. Also, use the qq technique, in which you press the q button twice quickly, which basically switches the AWP to the 2nd weapon, and back to the AWP again quickly, faster than right clicking out of the zoom and zooming in again. This is essential if you want to become a good AWPer. AWPing is also a lot about quick reflexes, and muscle memory. These you can't really train (I think), so just practice a lot.

Now that you know what weapons and equipment to buy, you will need to know how to aim. Like I mentioned earlier, you should play with the mouse sensitive that you are used to at ALL times. Know how far the crosshair moves when u move the mouse a certain distance. That way, when you see a enemy, you will know how far to move your mouse to put the crosshair on the enemy. Always aim for the head at all times, especially if the enemy is far away. Depending on range, certain guns like the ak47 and desert eagle are instant headshots even with a helmet. Without a helmet most guns will be a one hit kill headshot. However, for very close range combat, spraying and praying (holding down the fire key and randomly firing in the general direction of the enemy) can do the trick, but is mostly based on luck. Crouching and standing still while shooting are the most accurate, while moving and jumping while shooting are the least accurate.

Bounce flashes towards the ground for a short throw and quick peek around a corner, clip it right near the edge... that gives them less time to escape (like if you had bounced it off the inside wall.. they get too much warning)

Sometimes throw a smoke, bounce it, and then jump out at the same time... they'll think it's a flash and turn around....

When you get flashed multiple times, it's an obvious rush, immediately pull out your nade and counter the flash... usually it'll land right in the middle of them.

An experienced user can pitch a nade around a corner without even peeking it... after the nade hits, pull your gun out immediately and start shooting... they'll most likely still be retreating your nade and you have an open shot.

Predict the opponent... if a player is getting a lot of kills on the opposite team, he's probably working the same angle over and over, and you'll easily be able to devise a plan to kill him...

Change up your style, if you're playing someone good, they will figure out what angles you like pretty fast. When youre saving often buy smokes to defer the awpers.

When reloading and in a gunfight struggle, just pick up another gun ASAP.

Remember to closely pay attention to your spray, with AK you want a 2 shot burst, with the mp5 you just want to tap on their head 1 shot at a time at a distance, if it's close just spray at Headshot level...

Sometimes if you miss with the AK, a sporadic spray can still get the target, lower your aim to make up for the recoil, try lowering it at an angle towards the direction the enemy is running.

When playing at long distances against awpers, make very SMALL strafing motions back and forth. There is a good reason why: when double scoped with a gun, strafing targets are really hard to hit. You're barely moving left or right, just moving a inch or so back and forth... people forget that when they have an AK out, and they move back and forth several inches, making them an easy target.

Don't always jump around corners; it makes you an easy shot for an awper.

Sometimes come out of a corner halfway, not even enough to peek it, the awper will see your arm and try to shoot, then you can pop out on his recoil.

Try to observe the map, use every piece as a obstruction for your protection, sometimes even a thin palm tree can block all the bullets you need.

Don't crouch near corners, your legs stick out.

Plant the bomb in open areas so your team-mates can cover it. Sometimes throw a smoke in front of where you're planting, and where you predict the enemy might be... that way they can't see you.

Save some flashes/nades to hold off the counter-terrorists.

Learn the timing of every rush point. If you rush a or b, know exactly how close the opposing team can be if they rushed it too, from the closest possible spawn they could have.

The AK is a rifle, not a machine gun. Use bursts, you'll hit more often.

Game Sense. The longer you play, the more you will develop, and this is what TRUELLY makes you good at counter strike.

Talent: Finally it comes down to pure talent. All the above points will make you an informed player but never a great player.