Use The AWP In Counter Strike 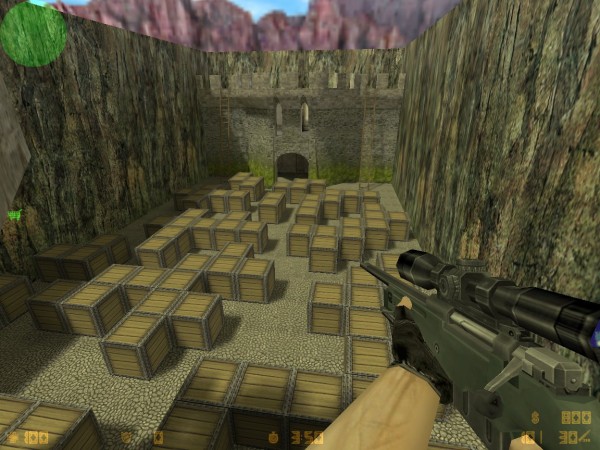 Have you ever been on a server where that one AWP-er always snipped you? Got frustrated by that one guy who kills you at the beginning of the round? You can learn more about AWP and you can be just like that guy, follow the simple steps below

Know the AWP. It is the strongest weapon in the game, because just one shot will kill the enemy (unless you shoot below the waist, then it will only give 81-86 damage.) The AWP is also a sniper rifle, which means that to shoot accurately you must zoom in. The AWP has a single zoom and a double zoom. The single zoom is for close range shots, double zoom is for longer range. Most "pros" prefer single zoom, because you can see more things at once.

There are 2 kinds of AWP-ers. The "jump AWP-ers," and the "normal AWP-ers.. Jump AWP-ers are AWP-ers who jump before taking a shot, such as jumping out of a corner, landing, and shooting immediately. It takes people by surprise, but jumping also wastes time. Once you get really good, most people don't jump at all before shooting. Jumping before you shoot makes it a bit harder for the enemy to hit you. On the other hand, normal AWP-ers just zoom in when they see an enemy. If they are running somewhere, they just stop and shoot.

Another type of shooting is called strafe shooting. To the opponent, it may look like you are walking/running and shooting at the same time. However, this is not the case. What you are really doing is walking/running lets say to the right, and when you see the opponent you IMMEDIATELY stop moving and shoot. If you do this fast enough, you will kill the enemy very fast, and it will look to the enemy like you are walking and shooting at the same time.

To get better at the AWP you need to have good reflexes. A good suggestion is playing 20-40 non-consecutive hours on the map scoutzknivez (scouts and knives only) to get better at sniper reflexes. Most people prefer very low mouse sensitivity.