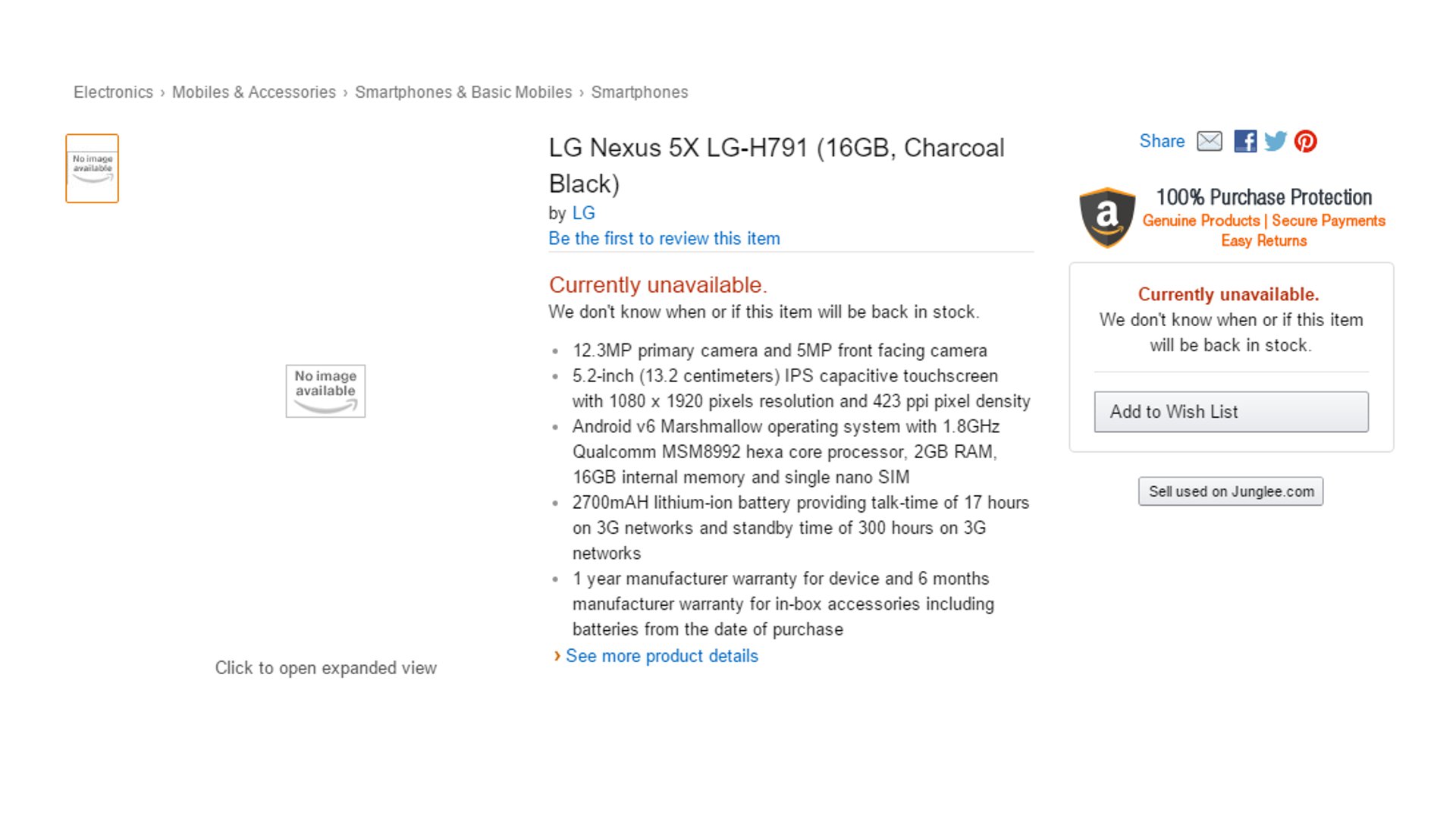 Amazon India has accidentally listed the Google Nexus 5X a.k.a. LG-H791 smartphone with most of the phone's spec in the description along with model number. The LG Nexus 5X (model number: LG-H791) is listed on Amazon India in three color variants, namely Ice Blue, Charcoal Black, and Quartz White. The listing did not show a photo, and the device is listed as "Currently unavailable".

According to spec listed in Amazon, the Nexus 5X has a 5.2-inch display with Full HD IPS display, 1.8 GHz Qualcomm MSM8992 hexa-core processor (a.k.a. Qualcomm Snapdragon 808), 2 GB of RAM, a 12.3-megapixel rear camera, a 5-megapixel front camera, 16 GB onboard storage, and a 2,700 mAh battery providing talk-time of 17 hours and standby time of 300 hours on 3G network. The device will run on Android 6.0 Marshmallow. 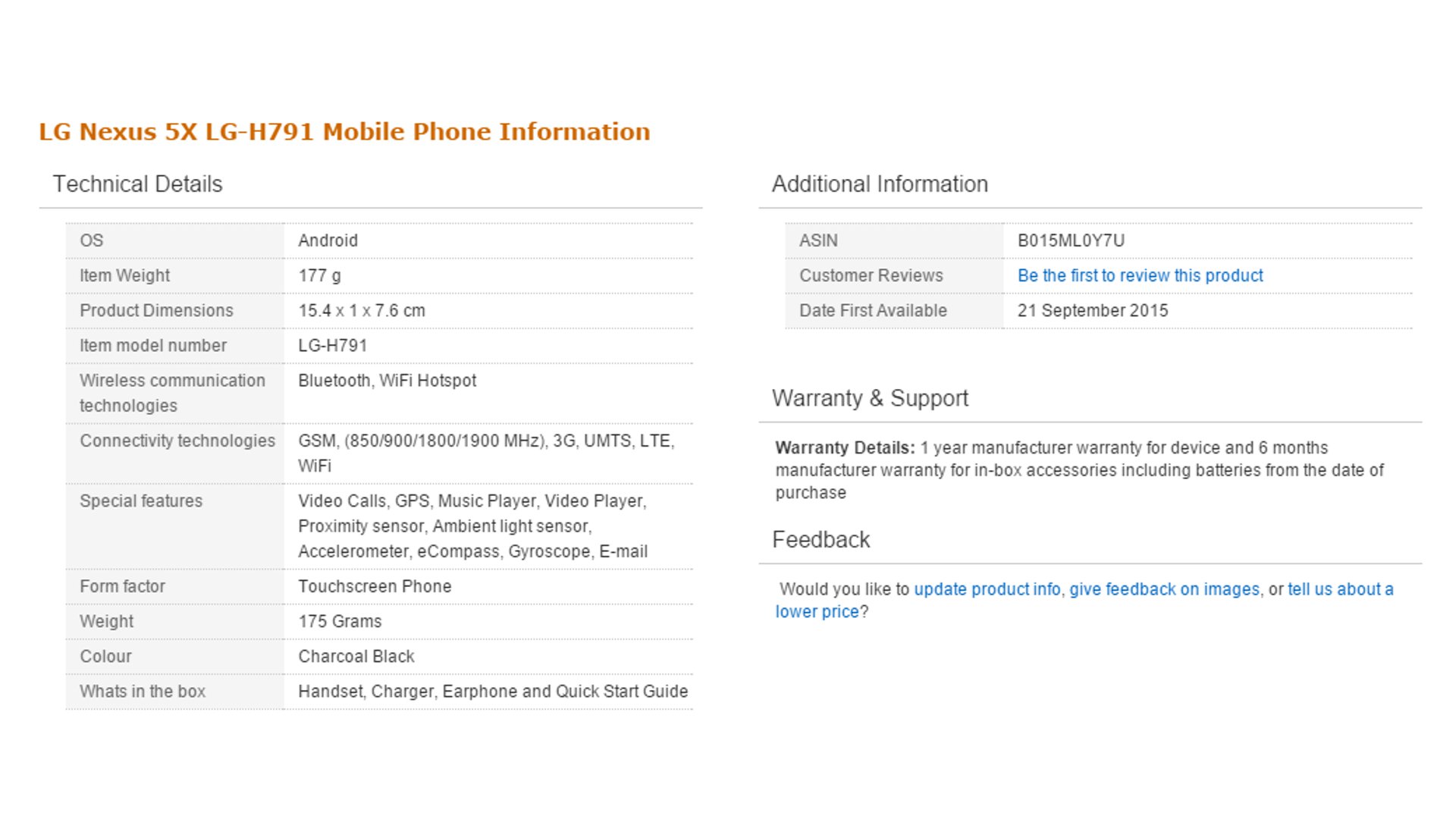 Also previous leaks have confirmed that the Nexus 5X will have fingerprint scanner and will be available in three storage options: 16 GB, 32 GB, and 64 GB.

From the configuration, one can easily guess that the Nexus 5X is a mid-level budget smartphone and that makes the Huawei Nexus 6P as the high-end smartphone.

With leaks like this popping out everywhere around the internet, Google may have serious trouble in surprising anyone at the September 29 event to be hold in San Francisco. Right now, every details about the two Nexus smartphones from their market names to designs, storage options, paint jobs, general specifications, and release dates has come to light of late via various rock-solid inside sources.

As the time of writing Amazon has removed Nexus 5x listing from its store. With the launch event just under a week away, at least we do not have to wait long to find out what is on offer with the Nexus 5X.