It is been rumored that Google might release two new Nexus smartphone this year. Google has worked with LG in the past on Nexus smartphones but this will be the first time that Chinese manufacturer Huawei will build a Nexus handset.

Until now, the 5.7-inch Nexus smartphone by Huawei has only been a rumor. However, new leaked images finally confirmed the existence of the device and reveals its new look. From the leaked real world images, the first thing you will notice is that it differs a bit from what we have seen in the previous renderings, namely in its camera design. The new Nexus phone from Huawei will have a type of camera hump we have not seen on phones for at least three years. 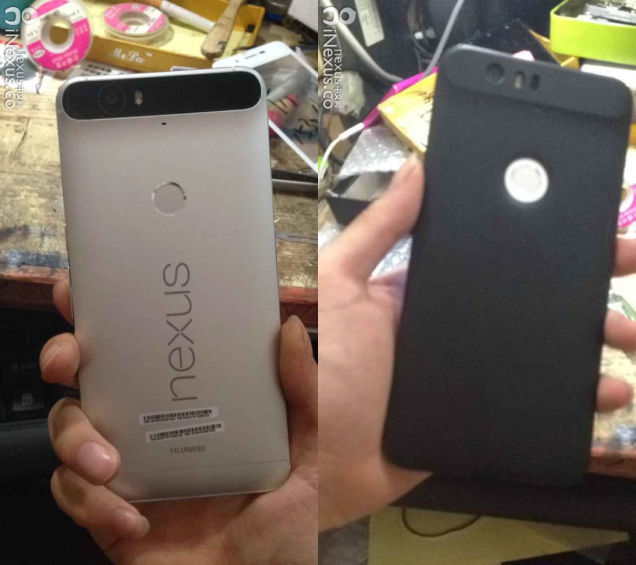 Huawei Nexus - With & Without Protective Cover

In the latest leak, there are two views of the Huawei Nexus. One shows the naked device (left) while the other appears to have a case or something, which only makes the camera wedge on the back look all the more intrusive. The maybe-fingerprint-scanner is that small circle in the center of the back. This matches the fingerprint scanner from the LG Nexus leak last week, which gives these photos a little more plausibility. Also from these images we can see the device will sport a USB-C connector.

Huawei Nexus - With & Without Protective Cover

Unfortunately, the specs of the Huawei Nexus is still a bit of a mystery. What we know so far is that it will feature a 5.7-inch WQHD display and will feature a metal unibody design, a 21MP rear-facing camera and support for wireless charging. No word on when Google will make it all official, but until then take it with a grain of salt for now.