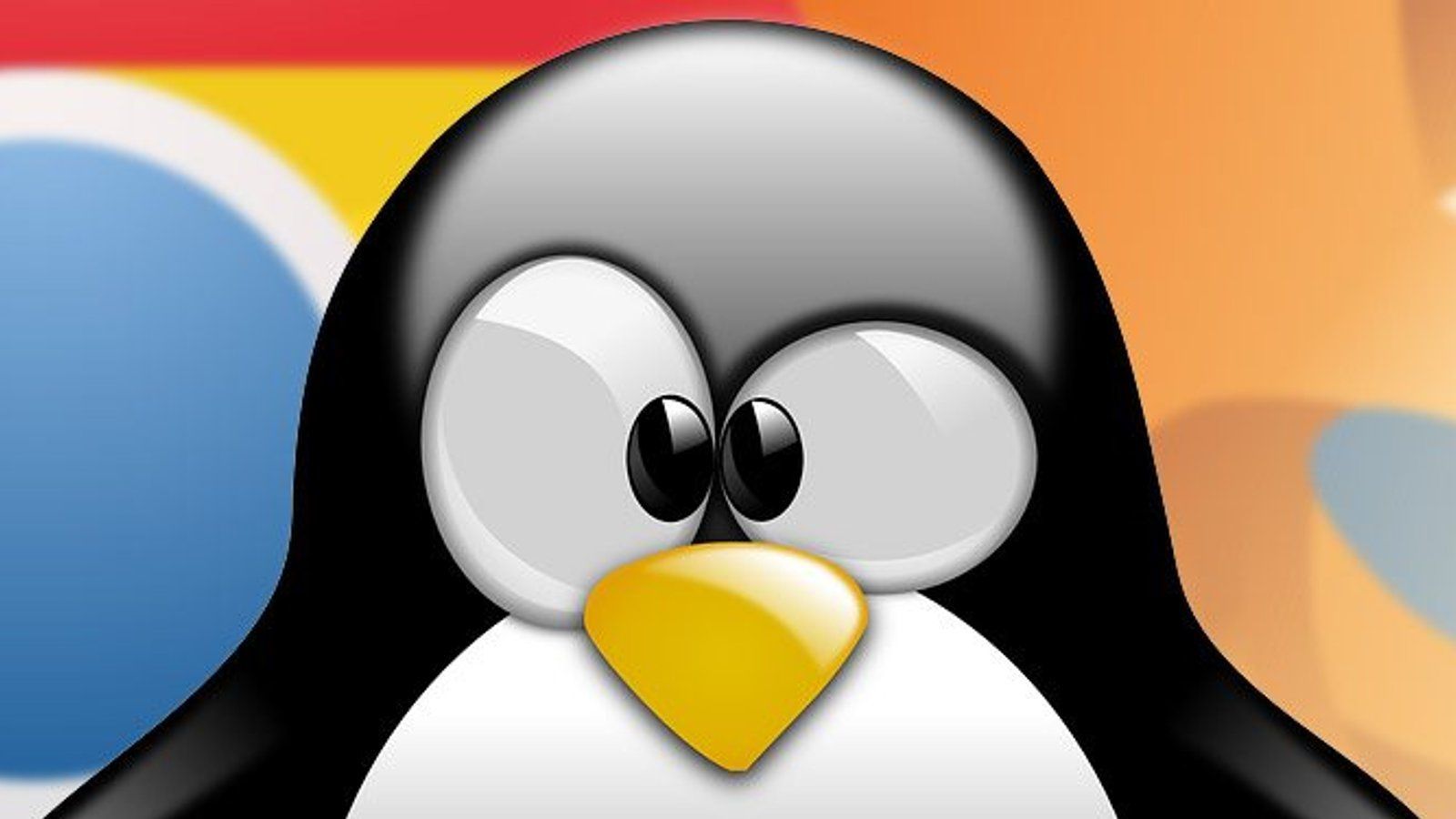 Web browsers have taken over the desktop and are used more frequently than any other program in your computer. It is our window to the rest of the world. Without it, we feel isolated and depressed, which is why it is so important to choose a stable browser that suits all your needs.

Since Linux is open source, it gives freedom to developers across the globe to experiment with features they expect from an ideal browser. This means Linux users can pick from a dozen web browsers of different kinds - from lightweight and command-line to cross-platform and extremely extensible ones.

Here are 8 Web Browsers for Linux that you may find useful or interesting. This is not a comprehensive list of Linux web browsers, just 8 that I found interesting. All browsers on this list are free to download, install and use, and they earned their place on this list because they are reliable in everyday use and/or actively developed. 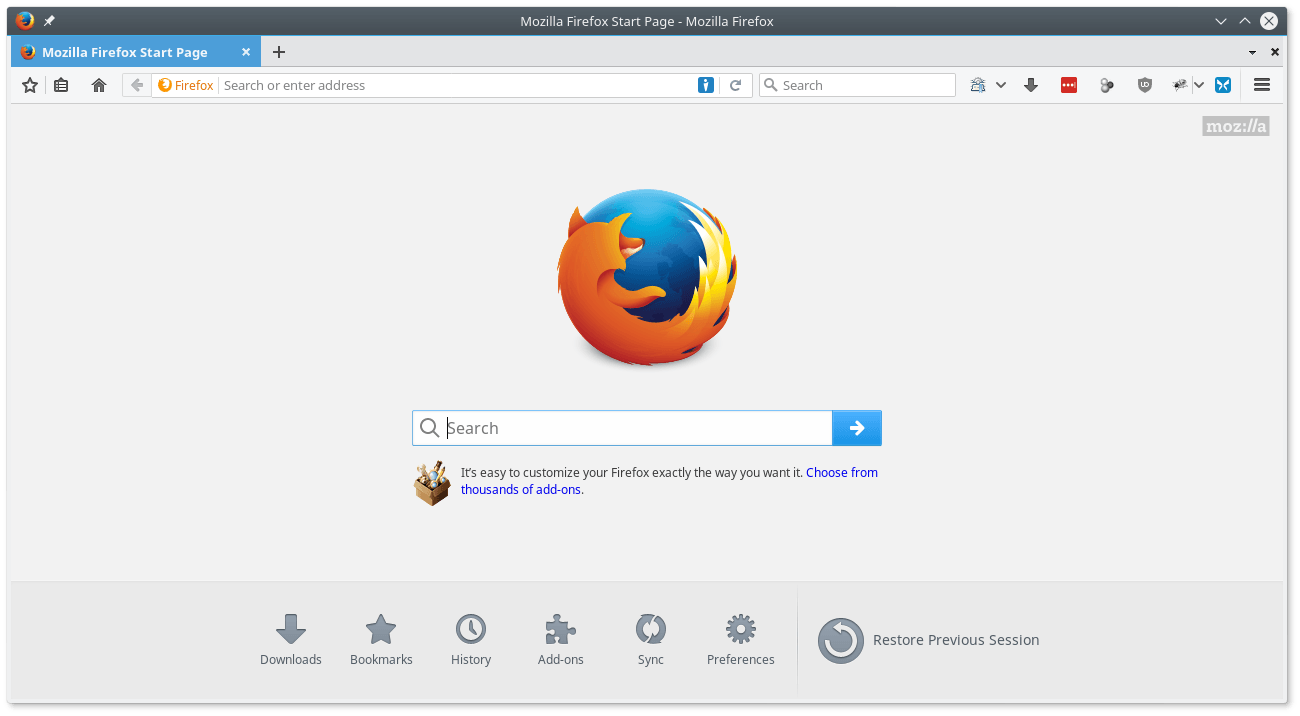 Well, you cannot have a list of Linux web browsers, without Firefox. Mozilla Firefox is the third most popular browser in the world, and likely the most popular Linux browser since it ships with many Linux distributions by default.

It is one of the most customizable browsers, and the ocean of user add-ons and themes created for it will likely never be surpassed by other projects. However, the performance is a bit clunky, the extension landscape just is not as good as it once was.

Unfortunately, it is destined to always be the bridesmaid and never the bride. Previously it was battling it out with Internet Explorer for market share and just as it looked like it was beginning to win the battle a new player came onto the scene and now it is not even the best browser on Linux. Still, a lot of users love it, and there is a reason why it is the default browser on most major Linux distros.

Mozilla is currently in the process of switching to WebExtension framework and it may get a new Web Engine called Quantum and a new UI called Photon by early next year, which might change the game field in its favor. 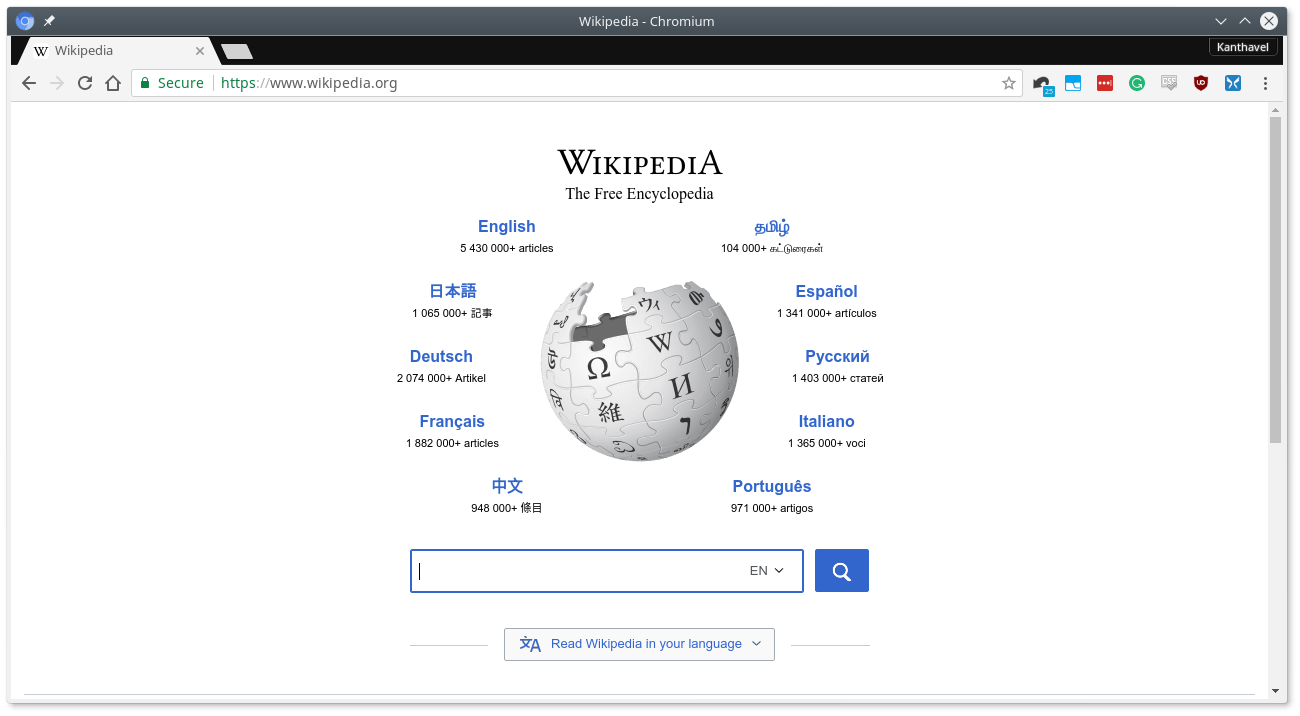 Chromium is the open source project that forms the basis for Google's Chrome browser. You will find that there is a split between a host of distributions as to whether they ship with Firefox as the default web browser or Chromium.

It is mainly written in C++ with the latest release being in December 2016. It is designed with a minimalistic user interface so as to make it lightweight and fast.

Features of Chromium include a tabbed window manager, support for Vorbis, Theora, WebM codecs for HTML5 Audio and Video, Bookmark and History and Session management. Apart from Google Chrome, Chromium also forms the base for a large number of other Web Browsers.

Chromium and Google Chrome both have few differences between them. With Chrome you get few potentially useful features, such as H.264 support and Google's version of the Flash plugin, and Google cloud sync. On the other side, Chromium does not feature Google's tracking software.

Following its main competitors, Chrome ships with only the most basic functionality, but it is very extensible, and the number of add-ons has risen dramatically over the years. 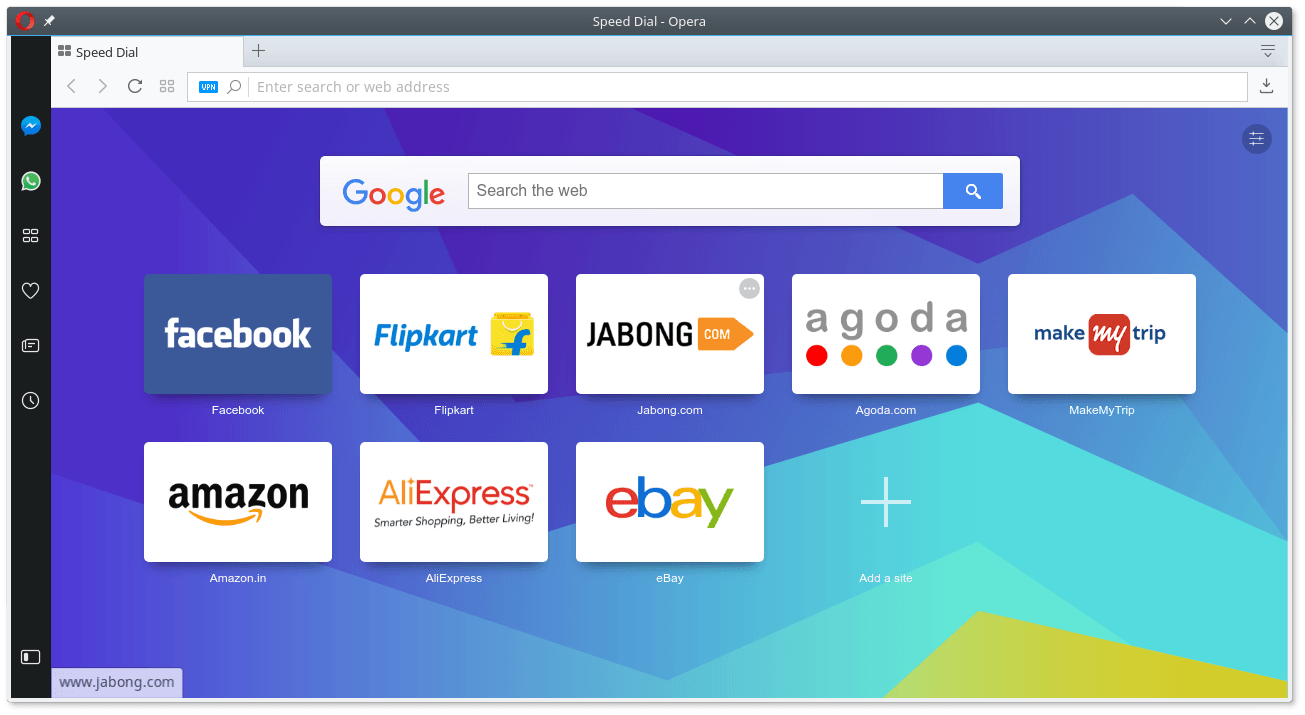 Opera has never had much market share, despite being one of the more innovative browsers and it was the first browser that had the Speed Dial feature. It has several noteworthy features, including tab stacking, Opera Turbo, the Speed Dial, built-in Adblock and the built-in unlimited VPN that was recently added. It is built on the same foundation as Chrome, so you also get great performance. Moreover, it offers mouse gestures, a download manager, extensions, Private Browsing and Turbo Mode.

The biggest downside is the crippled availability of extensions, and while you can get around that by using an extension to install Chrome extensions on Opera, it is just not the same.

Very rarely you might come across a website that does not work properly. However, such instances are rare and I can count the number of times that has happened on one hand. All in all, I consider Opera to be a top-tier browser. 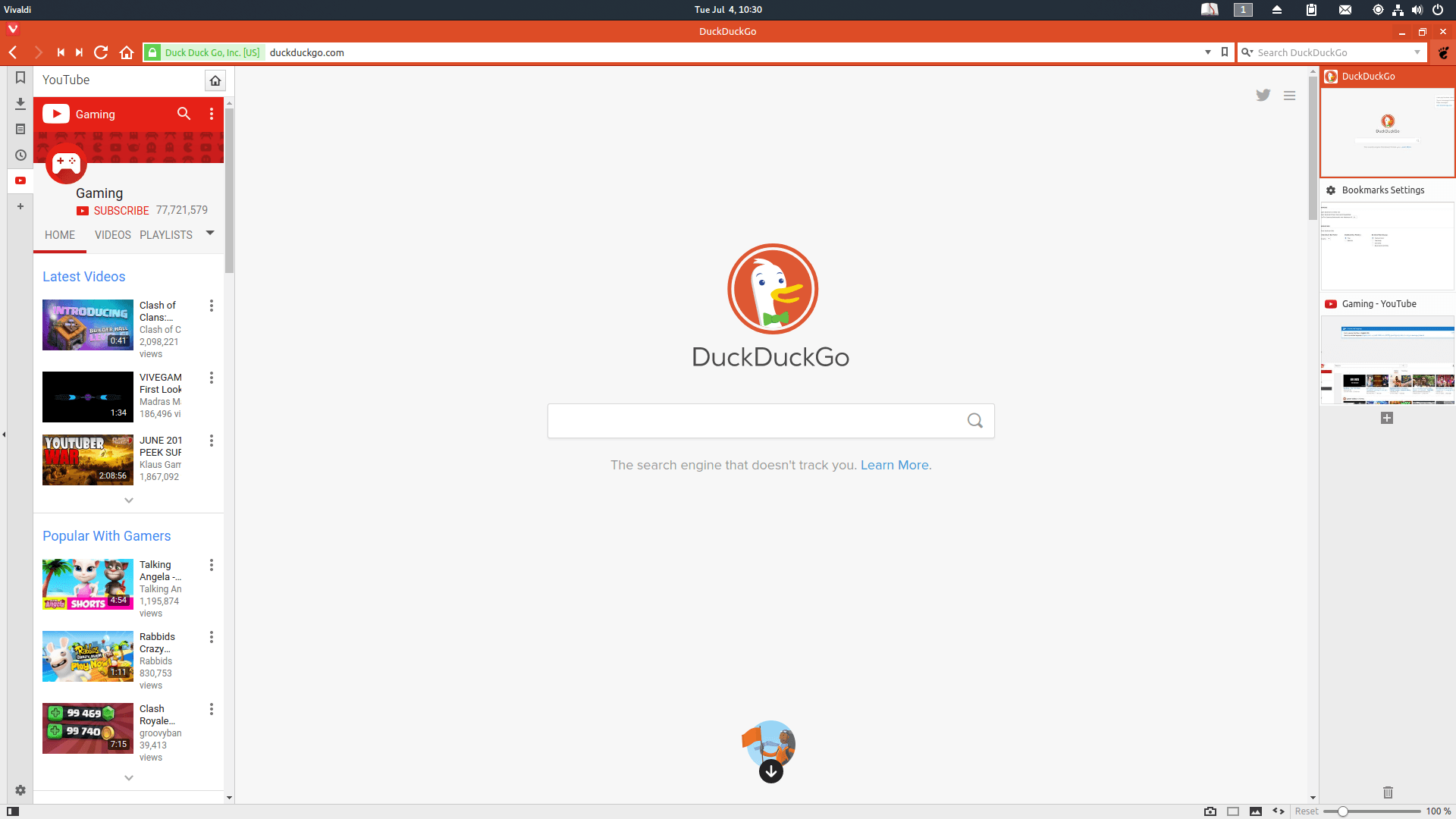 Former Opera makers recently launched a new product dubbed Vivaldi, "a new browser for our friends", as CEO Jon von Tetzchner puts it. Vivaldi is a uniquely fast, flexible and functional browser built on the top of Chromium project, bringing the best of Opera and Google Chrome browsers together in a single browser.

Vivaldi packs innovative features that are useful for both regular as well as power users, promising faster navigation, smarter browsing, extensive tab management, clever bookmarking and shortcuts, and a more visual approach to browsing. Some unique features of Vivaldi include Quick Commands that let you control the browser with text commands, built-in notes feature with sync, advanced tab management, and mouse gestures.

The browser offers tons of customization and it is the most customizable web browser out there, but that is really just a part of the story. In addition, it also has productivity-oriented features to make your browsing experience fun. 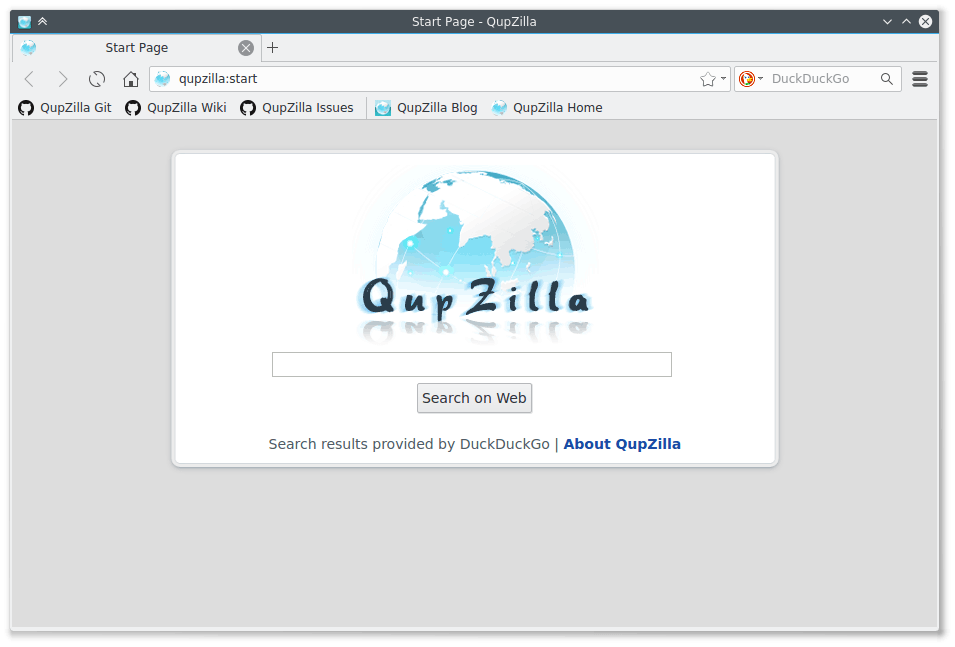 QupZilla is a nice, lightweight browser built with C++ and the Qt Framework. It originally utilized the QtWebKit, but now uses QtWebEngine. It started as an educational project, but It is grown into a full-fledged browser complete with tabs, bookmark manager, download manager, and built-in ad-blocker.

QupZilla also comes with a couple built in extensions including GreaseMonkey, the tab manager, and a reverse image search.

While it might not have as many features as the top three, QupZilla does what a browser should: display web pages competently and block ads. I like using QupZilla on low powered machines instead of Chrome or Firefox. 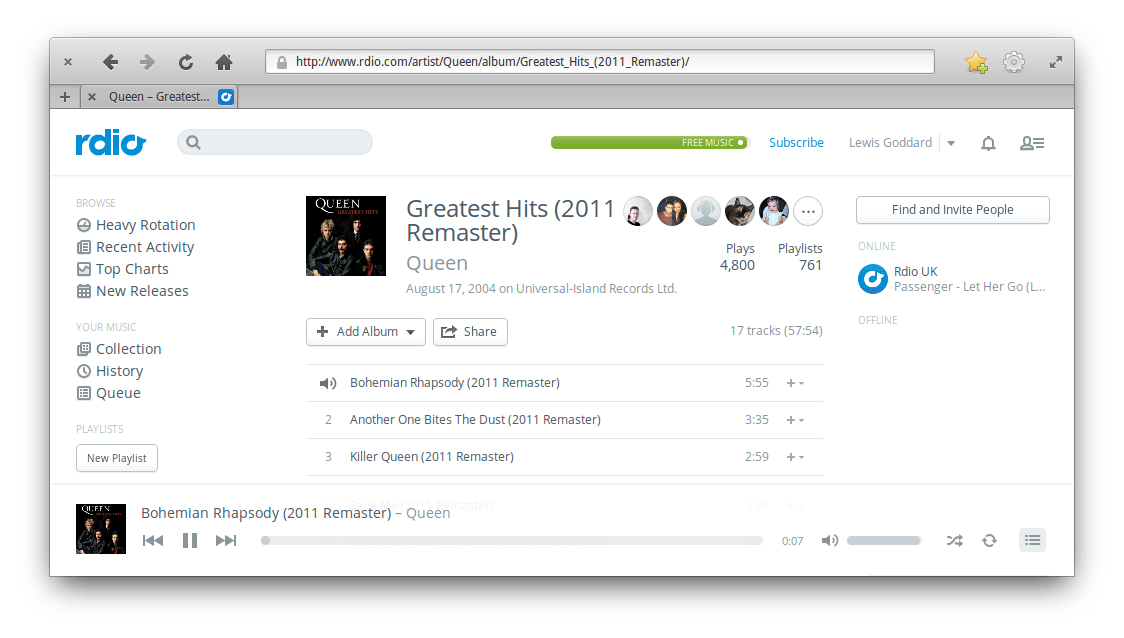 Midori is an open source web browser developed In Vala and C with WebKit engine and GTK+ 2 and GTK+ 3 interface. Major Features provided by it includes HTML5 Support, Bookmark Management, Private Browsing, Windows, Tabs and Sessions management, Speed Dial, Easy integration of extensions which can be written in C and Vala, Unity Support.

Midori uses the WebKit rendering engine. It has a spell checker and ad-blocker, but they have to be manually enabled. Private browsing and Unity integration are both supported. Midori can run on either Linux or Windows. To extend the browser's capabilities, there are a small number of extensions and support for user scripts. 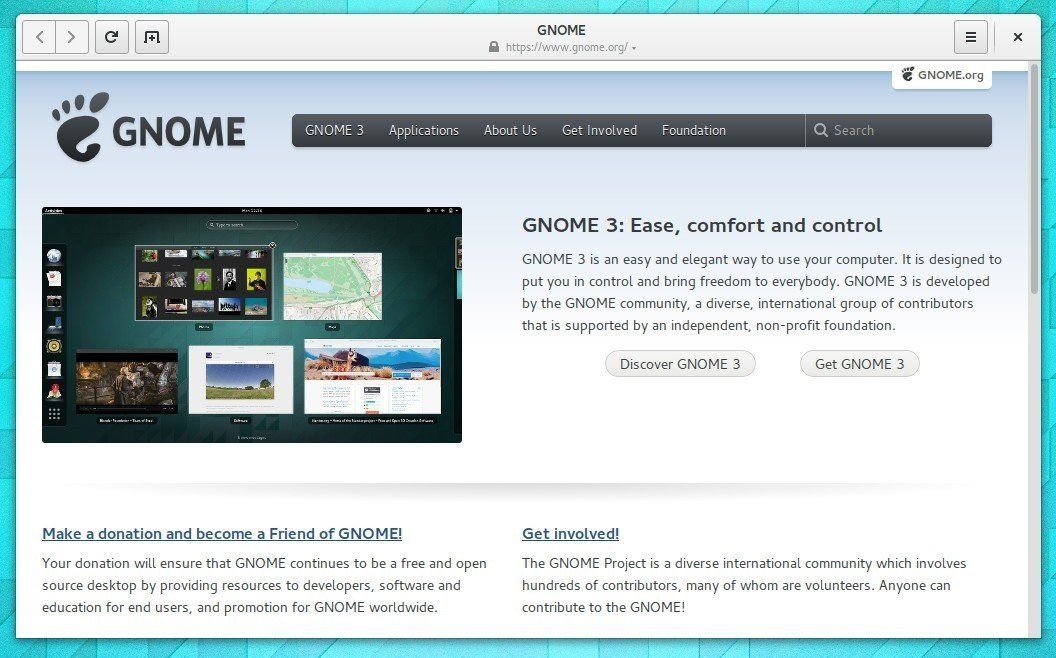 The official browser of the GNOME project, Web was previously known as Epiphany. It is a WebKit-based browser which adheres to the design tenets of the GNOME project, offering a clean, simple interface and tight integration with the desktop environment. More recent versions have dropped support for user extensions, but a number of the most popular add-ons have become a core part of the browser. These include ad filtering, Greasemonkey support and mouse gestures.

Features include: HTML4, CSS1 and XHTML support including support for HTML5 and CSS3, inbuilt plugins of Adobe Flash and IcedTea, bookmark and "smart bookmark" feature which allows easy search in find-in-as-you-type manner, full integration with GNOME features including GNOME Network Manager, GNOME printer etc, and other features supported by most browsers. The browser is very performant and polished, offering more features with each release. While it has received mixed reviews, one capability for which it is praised by many is its fast launching and page-load capability. 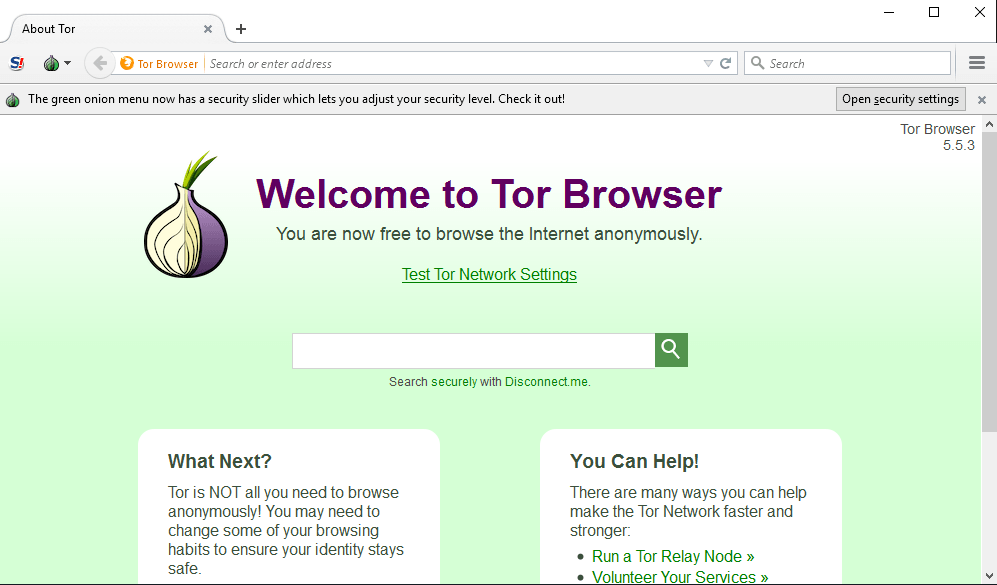 The Tor Browser is a special version of the Firefox browser specially designed to use the TOR anonymity network. This network is used to avoid tracking and to get to information that is blocked. The Tor Browser does not use the regular Firefox browser as its base. Instead, it uses the Extended Support Release version. Unlike the typical Firefox release, ESR versions only receive security fixes and major stability releases instead of new features every six weeks. This allows it to be more stable.

Besides the browser, the Tor Browser includes a number of tools to ensure connection to the TOR network and total security. It is not recommended that you install extra extensions because they could compromise the security of the browser.

How can you complete a list of Linux web browsers, without including a text-based (console) browser? You cannot.

Links is an Open source text and graphical web browser which is written in C and available for Windows, Linux, OS X and OS/2, Open VMS and DOS systems. It is released under GPLv2+ License. It is one of those browsers which has many forks based upon it including Elinks(Experimental/Enhanced Links), Hacked Links etc.

This is ideal browser for those who want to experience GUI elements in a text-only environment. Links 2 being the latest version was released in September 2015 and it is an advanced version of Links which supports JavaScript which results in a much fast web browser.

The main highlight feature of Links is that it can run in graphics mode even for those systems which do not have X Server because of its support for Graphic drivers for X Server, Linux Framebuffer, svgalib, OS/2 PMShell and Atheos GUI.

In the end, there is no such thing as the best browser. Different users prefer different browsers, and you should pick the one that best fits you. Only you can decide what you need and what you are willing to give up for it.

Remember these are not the only browsers available for Linux. If you have some personal favorites, do mention them in your comments and we would include them in our list too.