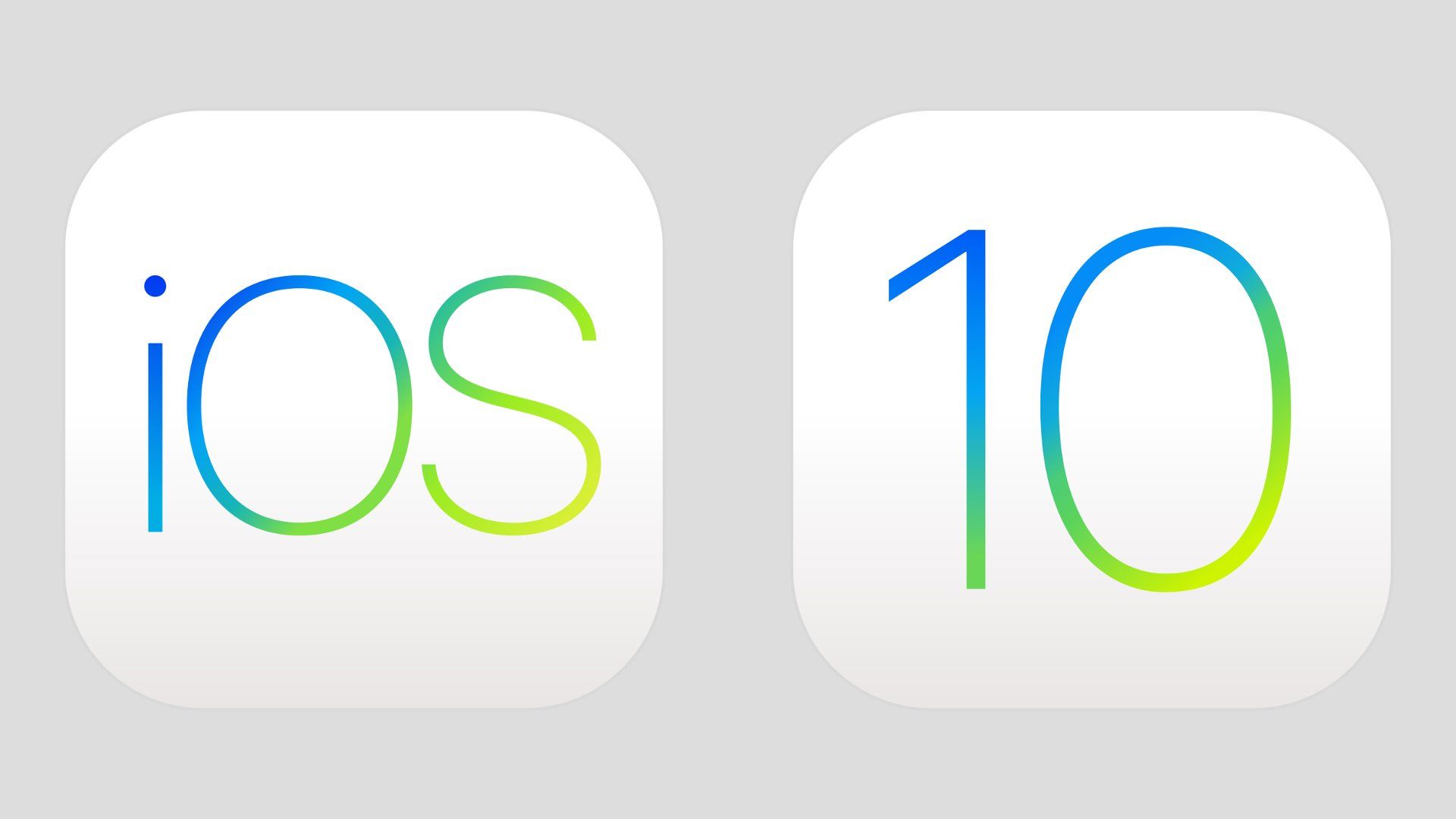 Yesterday, Apple released iOS 10.3, which brings many improvements and new features for a much better user experience. After the update, you will find your iPhone and iPad to be faster along with some small UI changes, and features that have been long overdue.

We have put together a list of 15 new features that Apple has introduced in iOS 10.3 for your reference.

One of the major feature in the newly released iOS 10.3 is the introduction of Apple File System or APFS. This new file system replaces the existing HFS+ file system on Apple Watch, Apple TV, iPhone, iPad, MacBook, iMac, and Mac Pro.

Apple designed APFS to scale more consistently across Apple's platforms, now and into the future. That should allow for a single code base with fewer resources need to develop and support it and allow it to grow faster and better.

Improved software is the best hardware upgrade: soon APFS in iOS 10.3 will free up exabytes of storage pic.twitter.com/UN7BsBnDXQ

The APFS offers improved performance on even old devices like iPhone 5S and improves the ways files are stored, saving as much as 5 GB. The transition to APFS is seamless and you will not lose any data.

Ask anyone owning Apple's AirPods, and they will say it is easier to lose them, even in the house. With iOS 10.3, Apple tries to solve the problem by introducing "Find My AirPods" feature. When you open the Find my iPhone app, you will see a new tab for AirPods. When you tap the button, it will play a high-pitched sound on the AirPods which will keep increasing in frequency. However, there is one disadvantage -- this feature only works if your AirPods are connected to your iPhone via Bluetooth.

If your AirPods are not connected with your iPhone, then the app will show you the last location that AirPods were connected to your iPhone.

Apple's personal digital assistant, Siri, also gets some love with this update. Siri now integrates will with third-party apps, allowing you to check the status of your accounts and pay bills, and schedule rides in advance with apps like Uber.

In addition, if you have a car whose app supports Siri, you'll be able to check its fuel level and lock status, and honk the horn or turn on the lights. Finally, if you are a Cricket fan then the good news is that Siri now recognizes Cricket as a sport and allows you to check scores and statistics for the Indian Premier League (IPL) and International Cricket Council (ICC).

Finally, Apple has decided to allow developers to leave replies to user comments - a feature available in Google Play store and Windows App Store. This should help developers follow up on negative ratings or help users understand features of the app. The developer replies will be visible to everyone.

You will also be able to 3D Touch a review to rate if it was helpful or not. In addition, there is a new option in the iTunes and App Store section that lets you disable in-app purchases and ratings popups within apps. 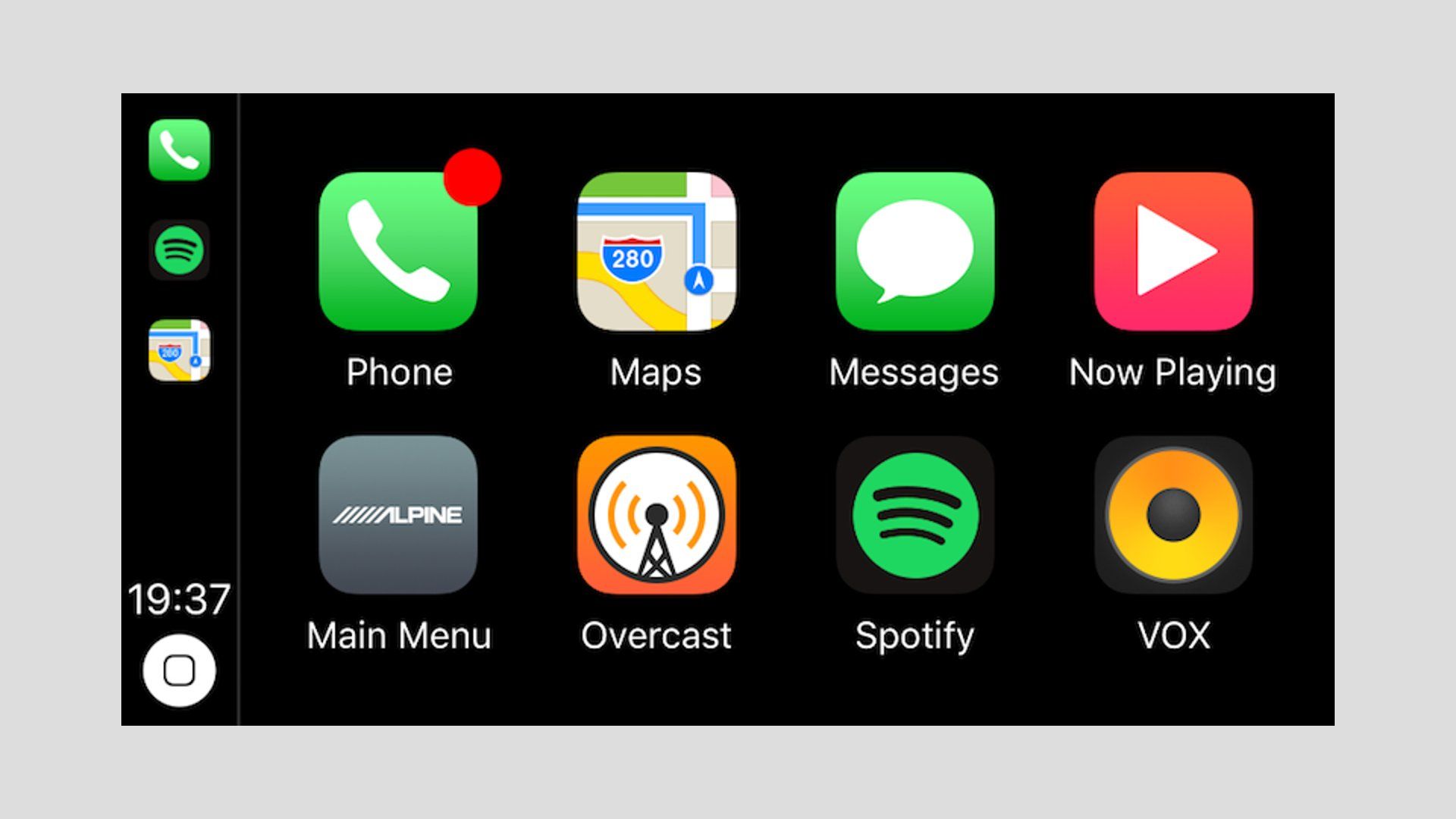 If you are a CarPlay user, then iOS 10.3 brings few updates to Apple's car interface. First, you can now find EV charging stations in Apple Maps when searching for a place to top up. Second and most importantly Apple has made it easier to quickly launch apps in the CarPlay interface.

Previous, to switch between apps in CarPlay, you have to go all the way back to the Home screen. Now, Apple decided to show three most recent apps in the left sidebar, all the time, allowing you to switch between apps with just one tap. This should make switching between your maps, media, and phone app a lot more seamless.

6. Developers Can Change Your App Icons Without An Update.

With iOS 10.3, developers can now change icons of their app after installation without the need for an app update. But of course, Apple has put limitations to the feature, so now abuse it. If an app wants to change its icon, it must get permission from users before doing so. Unfortunately, this limitation means your favorite calendar app cannot dynamically change their date -- something only Apple's in-built Calendar app can do.

7. Changes To Opening And Closing Apps

Apple has made some changes to the UI and animations for opening and closing apps. When you open, or close an app, you might notice a slight change to how the app appears on your screen with App corners have now been slightly rounded. It is actually quite nice as the animation aligns well with the rounded corners of the app icons.

This is a very small change to the way how your password screen look like. When entering a passcode, you will now see circles as an empty state instead of dashes. 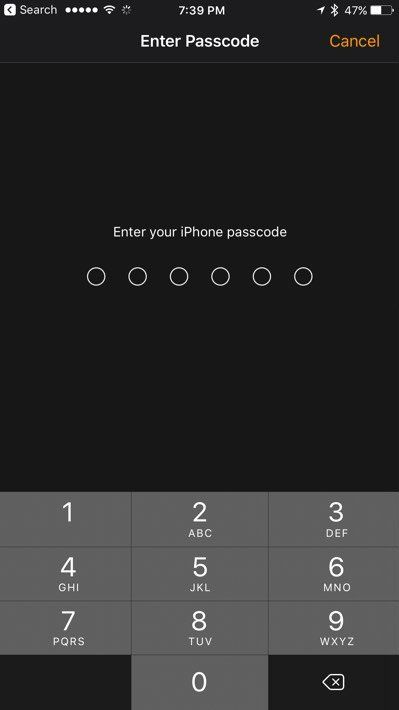 Apple has updated the Music app with some UI changes. The Now Playing screen now lets you access Up Next at the bottom of the scroll, and when you press the More (…) button, Apple has added a side arrow indicator next to the album name and art to show that you can get to the full album view by pressing it.

While this feature was already available, the addition of visual indicator in the update may help more users in finding the visual for the album. In addition, the Apple Music service now offers more curated playlists and new music categories.

Apple introduced a major new feature for iTunes, called "rent once, watch anywhere feature". With this update you can now rent a movie on one device then finish watching it on another device.

Maps gets two nice little features in iOS 10.3. First, when you search for a city or an area, you will see a little weather icon in the bottom-right with the current temperature. You can press firmly on the weather indicator to view an hour-by-hour breakdown of the day's weather, and press fully to enter your current area's full weather listing in the Weather app.

Second, just like Google Maps parking feature, the "Find My Car" feature in Maps, now lets you search for "parked car" to find where your iPhone last saw your vehicle.

Apple has also removed a cool feature from the Maps app. The update removes 3D spinning globe view you would get when you zoomed all the way out in the satellite view. Instead, now you get a flat earth view.

The Calendar now allows you to reject and report unwanted invitations as junk, giving users more power in handling spam invitations and events.

Mail app also receives its own share of UI updates. Apple has added a few navigational improvements to Conversation view and now, you will see an UP and DOWN arrow for switching between emails.

There various updates to the Podcast app that brings its features on-par with other third-party apps. Now, the app supports 3D Touch gestures and allows you to share shows or episodes in Messages and play them back inside the Messages app.

The Podcasts app has its own new widget now. It is similar to the Music app widget where you will see artwork of the podcast -- 4 in compact mode, 8 in expanded mode. Tapping an artwork in the widget will start the podcast playback. However, there is no proper playback control or queue management on the widget.

Apple brings a few improvements to the HomeKit. Now, the allows the Home app to trigger pre-programmed scenes with physical HomeKit switches and buttons. You can also dim light switches directly from the shortcuts in the Control Center panel. In addition, the Home app will now show battery level for accessories that rely on portable power. 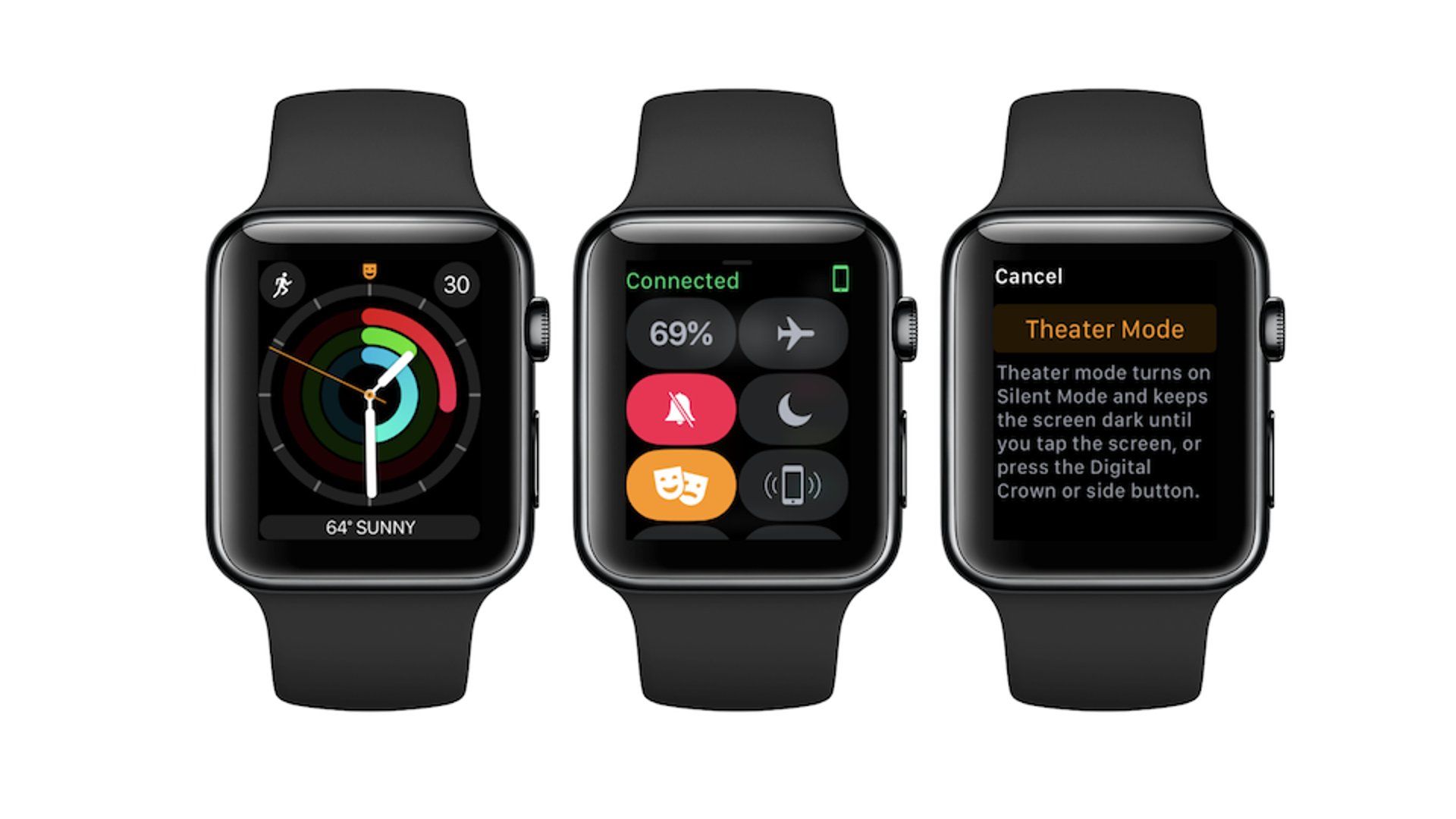 The iOS 10.3 along with watchOS 3.2 brings a new Theater Mode. With Theater Mode, users can mute the sound on their watch and disable waking the screen when they raise their wrist. Haptic feedback will still work while in Theater Mode, and you will receive notification, but the sound is muted. If needed, the wearer can tap on the display or press the Digital Crown to get the screen to turn on to view any notifications.

This is a great feature for when you’re watching a movie, in a dark environment. You can enable this feature by swiping up from the watch face to open Control Center.

Apple has redesigned the Settings app, now allowing you to see your profile icon, and name at the top. Tapping here gives you access to all your Apple ID, iCloud, iTunes, and App Store details. Right below, you will see any important notifications relating to your Apple account.

The iCloud page now has a new storage bar at the top, which show how much storage space you have used. It will also show a list of all the devices connected to your iCloud account.

Apple is now using differential privacy on your iPhone's iCloud user data to improve its services, by anonymously sharing your usage report with Apple. This is very similar to what the company did with macOS Sierra 10.12.4. This is an opt-in and if you do not want to share your data, you can opt out. 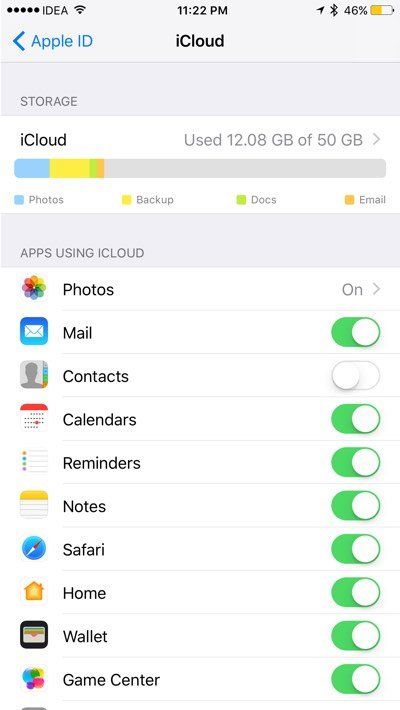 As always, the iOS 10.3 has fixed many bugs and improves performance of all default apps. In addition, Apple has fixed the infamous bug where you could freeze someone's phone just by texting a message string.

Did we missed anything about iOS 10.3?

If we have missed any exciting features in the new iOS 10.3, please let us know in the comment section.