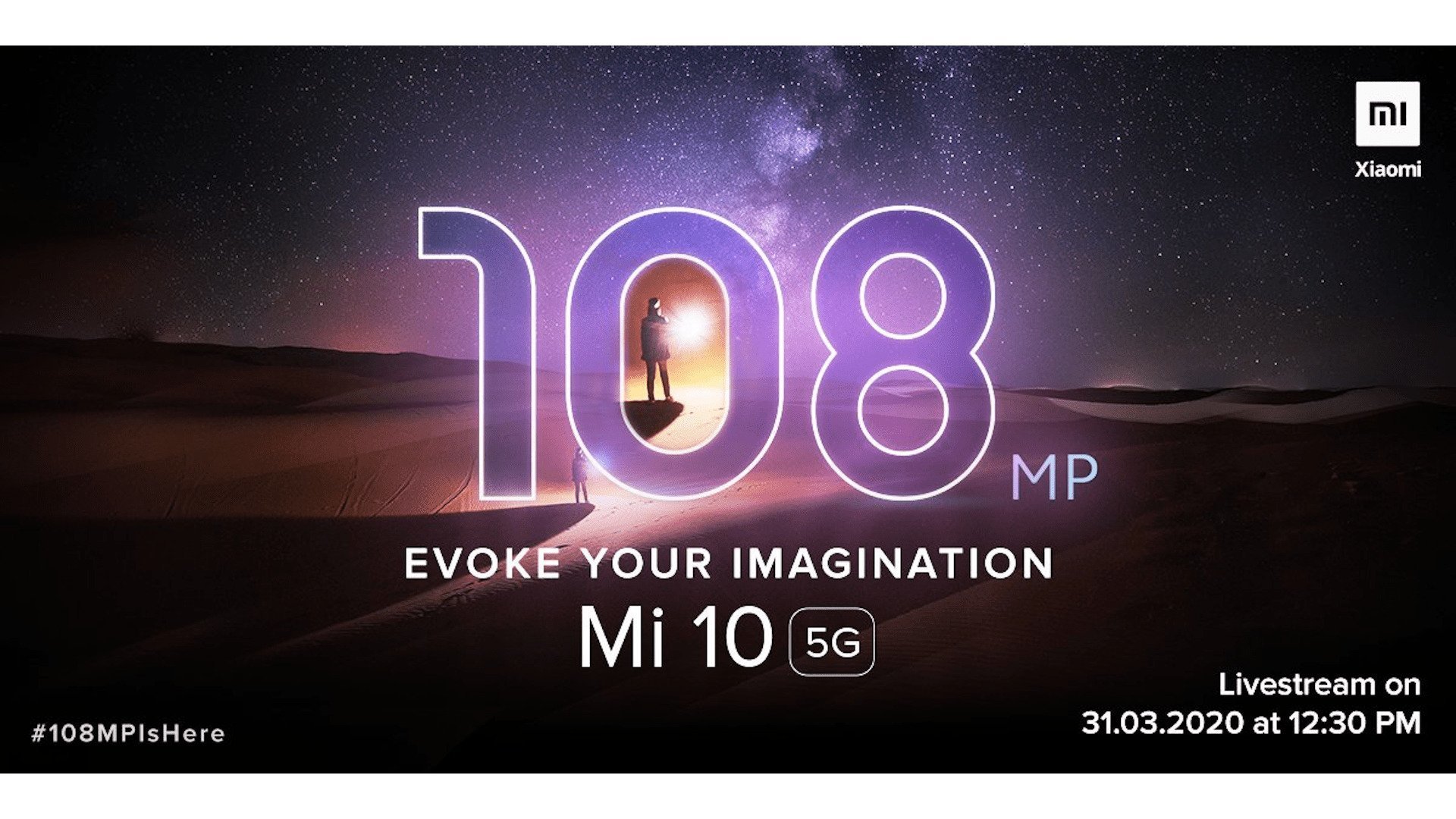 Xiaomi Mi 10 will make its debut in India on March 31 just four days after its global launch scheduled on March 27. The phone will share the same price segment as Samsung's Galaxy S20 series and challenge the upcoming OnePlus 8 Pro. The company also sent media invites for a live-stream that will take place through social media platforms and Xiaomi's Mi.com site.

Ever since Xiaomi entered the Indian market, it has been selling very high-value products in the budget and early-mid range segments under INR 20,000 <$275) range. This is for the first time Xiaomi is selling a phone in India that could cross the Rs 50,000 mark. Given that Xiaomi has a reputation for selling only affordable phones in India, the Mi 10 has a lot riding on its shoulders to shake off that image. Based on the China launch alone, it can be safely said that the Mi 10 is just more than an affordable Snapdragon 865-powered phone it is a full-blown flagship phone that is bringing some new technology to Indian markets.

The Mi 10 features a 6.67-inch full-HD+ (1,080x2,340 pixels) curved AMOLED display with a 90Hz refresh rate, that has a fingerprint reader underneath and a punch hole in the top-left corner for the 20MP selfie camera. It is powered by an octa-core Qualcomm Snapdragon 865 SoC, paired with up to 12GB of RAM. The smartphone also comes in 128Gb and 256GB models and runs Android 10 with MI UI 11.

Fueling the entire package is a 4,780 mAh battery that draws power at up to 30W through wired and wireless chargers. The smartphone also supports Power Delivery 3.0 and reverse charging.

The Mi 10 will be announced for the Indian market through an online event that will start at 12:30 PM local time (7 AM UTC). It will be streamed live across Xiaomi India's social media channels. Xiaomi will start taking preorders of the Mi 10 in India starting March 31. It will go up to April 7. Customers pre-ordering the phone will receive an instant discount of Rs. 2,500 on Axis Bank credit cards and EMI transactions. The company will also have a global launch for Xiaomi Mi 10, Mi 10 Pro on March 27, 2020.