Terraria Comes To PS4 On Tuesday 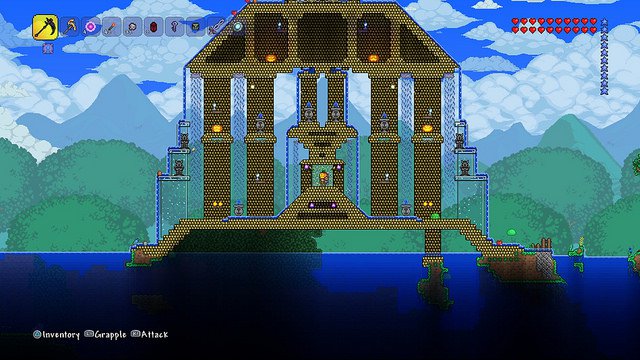 Terraria Comes To PS4 On Tuesday

The PS4 version of 2D exploration/sandbox game Terraria will surface on November 11, according to a new post on the PlayStation Blog.

According to publisher 505 Games, the PS4 version is almost three times as large as the PS3 version, featuring more than 1,000 new items. The PS4 version will also feature a "pinch to zoom" feature using the DualShock 4's touchpad so players can zoom out and see the world of Terraria on a different scale, as well as other improvements.

Perhaps the best news for intrepid pixelated prospectors however is that the PS4 version of Terraria will be cross-play compatible, so you'll be able to join up with likeminded players on PS3 and PS Vita. To that end, 505 Games is also bundling a free copy of the Vita version with a new purchase of the PS4 version for a limited time.