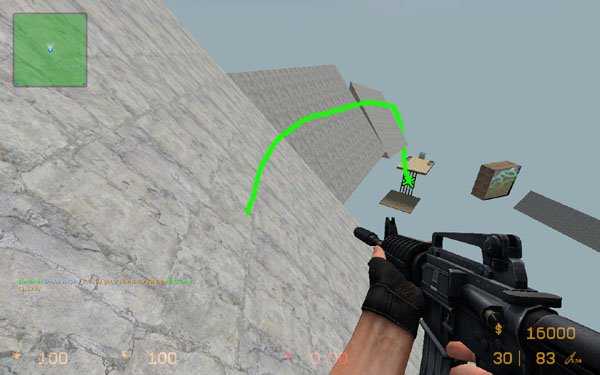 You want to become elite and enjoy the same glory that expert surfers receive for their amazing gravity-defying feats, you need to have road pro surfing skills. Follow the simple steps below

Find a surf server. The ping doesn't matter in case you don't play surf to kill. If there's none around when you look, download the maps yourself and load a LAN server. Practicing by yourself is always a good way to start. NOTE: Make sure you put SV air accelerate 150 into the console before trying to surf on a LAN server. Good maps to begin with include surf_10x_reloaded and Rebel Resistance.

To ensure you don't lose speed when landing on new surf, try to reduce the amount of force that your z-axis receives when landing. Do this by trying as best as possible to be looking and moving in the same direction as the surf when you hit it.

To stop in mid-air, e.g. to land on a certain point, just press backwards (s), you will immediately stop and fall down . You will always fall exactly vertically (though you can strafe to reposition yourself while in the air), so if you look straight down you see the exact point of landing where your cross hair is. This is mostly needed above "teleportation-panels" or "landing-panels" (mostly with a water surface so you can land on it from high above).

To get faster you can start from the top of ramp then head down to bottom and up to middle again for best result...Just go up and down, like a wave.