Samsung Galaxy Note 4 Gets Rooted Ahead Of Launch 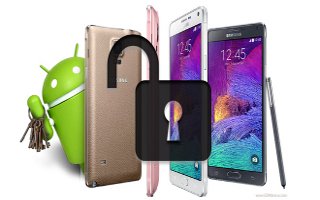 Samsung Galaxy Note 4 Gets Rooted Ahead Of Launch

Samsung Galaxy Note 4 gets rooted by Chainfire ahead of launch of the new phone across the globe. Galaxy Note 4 is not even available just yet (except in certain parts of Asia and from an Australian retailer Yatango) and known Android developer Chainfire has already released a guide how to root this note 4.

Chainfire the developer behind the dedicated moddding tools like SuperSU, has announced on his Google + Page that a number of Galaxy Note 4 versions, based on Samsungs own Exynos chip as well as Qualcomms Snapdragon 805 processor, are now supported by CF-Auto-Root.

The first Galaxy Note 4 models to be supported by CF-Auto-Root, namely SM-N910C, SM-N910U and SM-N9106W, are meant for Asian markets. The first is the Thailand version (based on Exynos), the second is the Hong Kong version (features the same chip), and while the third version is meant for China (it is powered by a Snapdragon 805).

By following the instructions through xda, you are able to root your new Galaxy Note 4. The others model users will have to wait for Chainfire to get his hands on the files that he needs namely, the stock Galaxy Note 4 recoveries for currently unsupported models and to add new models to the rooting tool.