Samsung is keeping a tradition of releasing an Active version of their flagship smartphones starting from Galaxy S4. It is no different this time either, and we had reported on April that Galaxy S6 Active is spotted in the Bluetooth SIG Database. Today a recent leak shows the front and the back of the rugged smartphone in black color scheme.

The pictures below show you that, where the regular S6 and S6 edge offered a delicate, beautiful device, the S6 Active goes for a rough and tough look. The handset keep the camera and heart rate monitor layout of the regular Galaxy S6, but has its loudspeaker moved to its back. Samsung has removed the fingerprint scanner in favor of physical buttons. 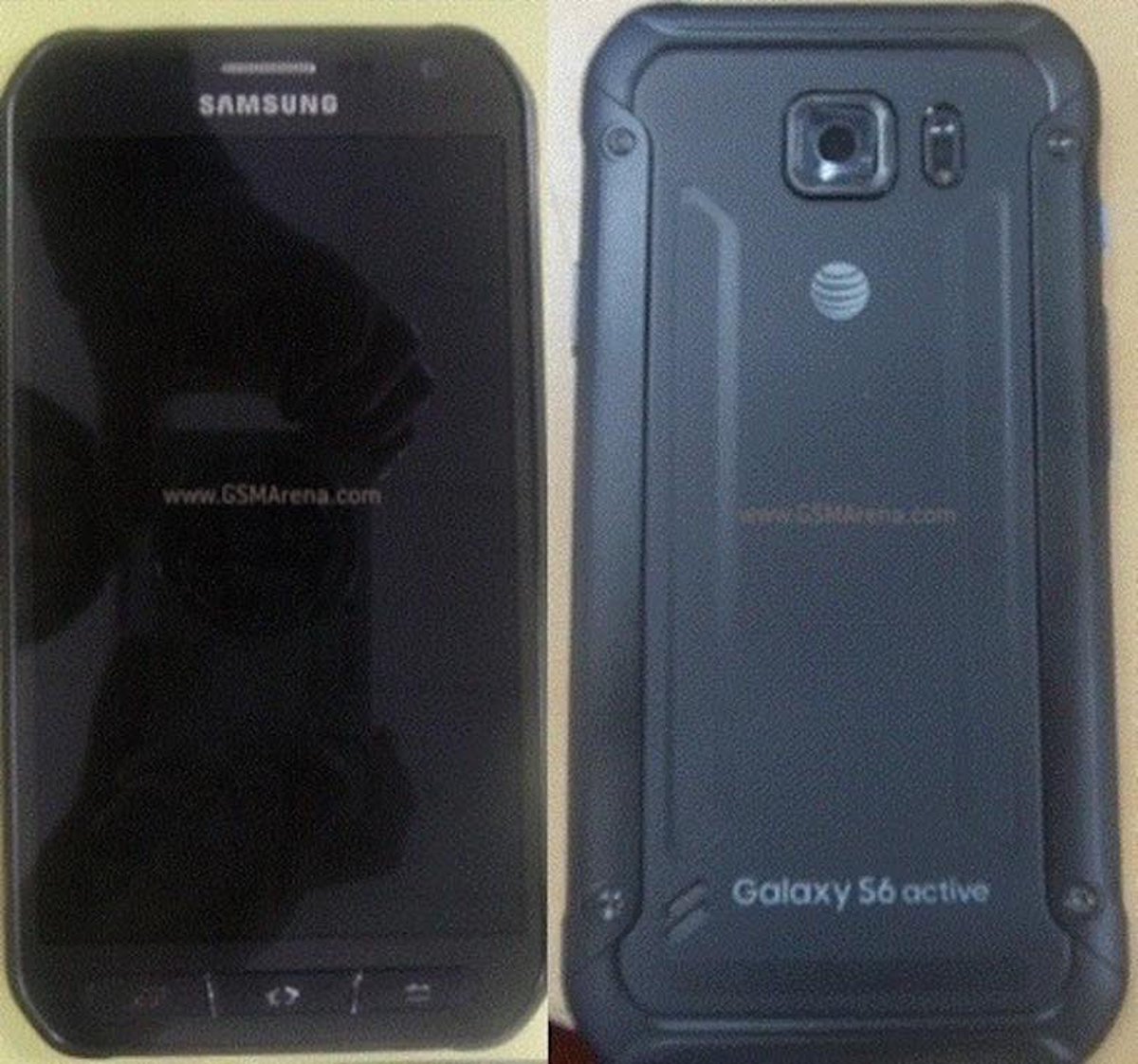 The source of the leaked images claims that the phone will have model number SM-G980A with the "A" standing for, as the image below confirms, AT&T. The smartphone will have a 3,500-mAh battery, which is larger than the 2,600-mAh battery in Galaxy S6.

Apart from the difference stated above, Galaxy S6 Active will feature a similar hardware as Galaxy S6. They include 14nm Exynos 7420 SoC, 5.1-inch QHD Super AMOLED display, a 16-megapixel main camera, and a 5-megapixel front-facing camera. There is no word on a launch date, but we can be sure the official release is not too far away.