Today, Facebook disclosed a bug in their Photo API that gave app developers access to the photos of up to 6.8 million users. This bug was live for 12 days in September and allowed third-party developers to access private photos millions of users.

The Irish Data Protection Commission, the body that oversees Facebook's compliance with European regulations, said on Friday that it had launched a "statutory inquiry" into Facebook as a result of multiple breaches the company had informed them about this year.

When it comes to third-party Facebook apps and their access to user photos, the way it works is pretty simple: apps can only access public photos which appear on a given user's timeline. The bug in question, however, granted access to all sorts of photos, even photos that were not fully posted to the site.

According to Tomer Bar, an engineering director at Facebook, the worst thing about the bug is that even photos that users started to upload to Facebook but did not post could have been accessed, along with images posted to Facebook Stories

The bug also impacted photos that people uploaded to Facebook but chose not to post. For example, if someone uploads a photo to Facebook but doesn't finish posting it - maybe because they've lost reception or walked into a meeting - we store a copy of that photo so the person has it when they come back to the app to complete their post.

Along with an apology, Facebook says that it plans to introduce a new tool for app developers to figure out which users might have been vulnerable to the bug. Additionally, Facebook said that it will alert individual users who may have had their photo collection compromised by the bug over the next few days.

Facebook has had an embarrassingly terrible year when it comes to user privacy. First, the Cambridge Analytica revelations exposed the company's weak privacy policies from years past. This even made Mozilla run a petition calling for Facebook to lock down app permission settings to ensure users' privacy is "protected by default". Mozilla even pressed pause on all advertising on Facebook.

Second, there was a bug that accidentally "unblocked" people that users had blocked. Finally, a bug that changed users' share settings so that they were sharing information publicly without realizing it; hackers then stole the private information for almost 30 million users right before the midterm elections.

At this point, there is no indication as to which apps, in particular, had improper access to user photos, nor is there any indication as to how many photos were improperly accessed. Facebook, meanwhile, will begin to alert users who were impacted. Here's what the alert will look like. 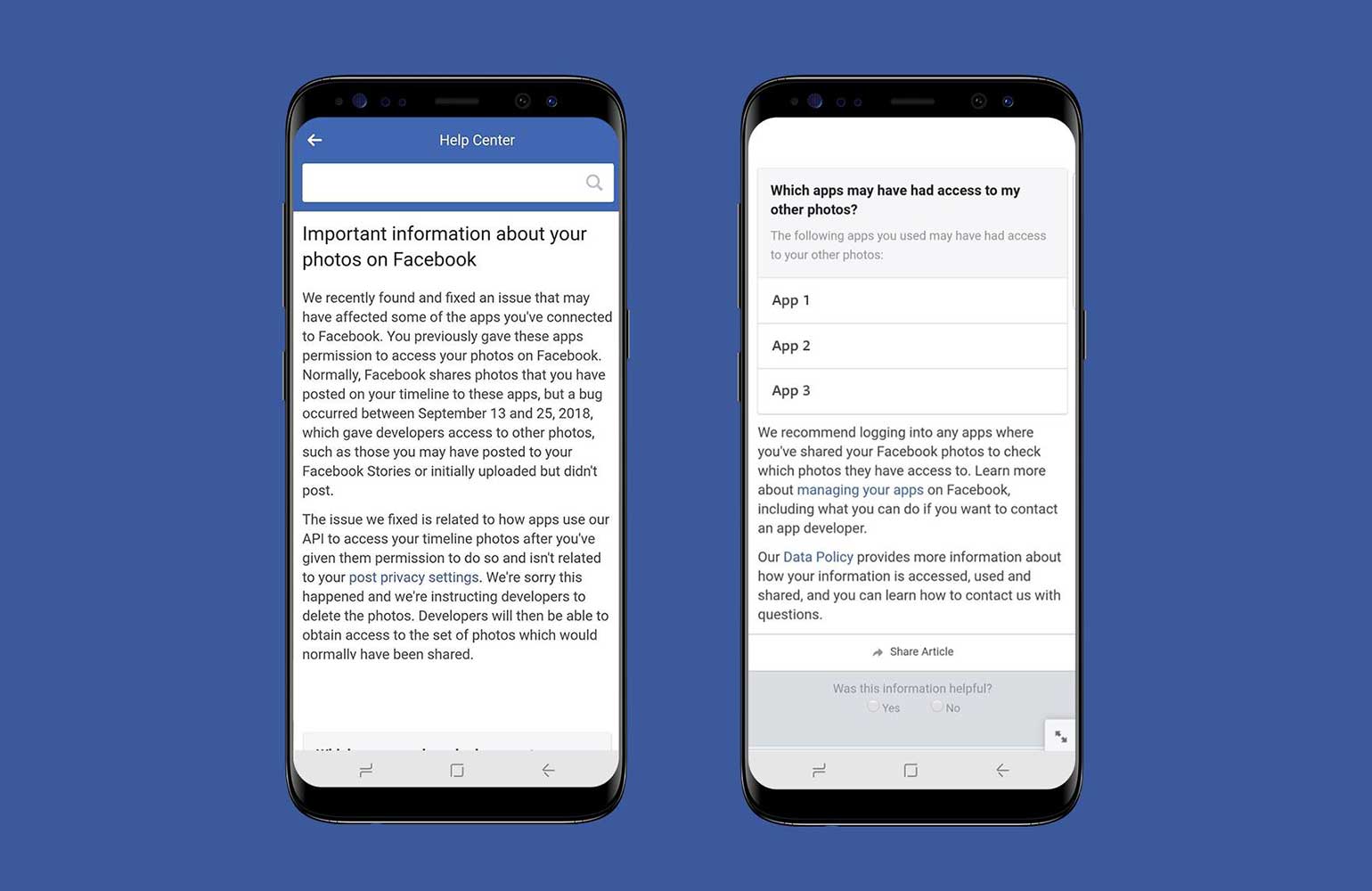 Now all these bugs followed by various privacy and security mishaps from the Facebook team has started to raise multiple questions and most important of them is why would anyone trust Facebook with their personal data?