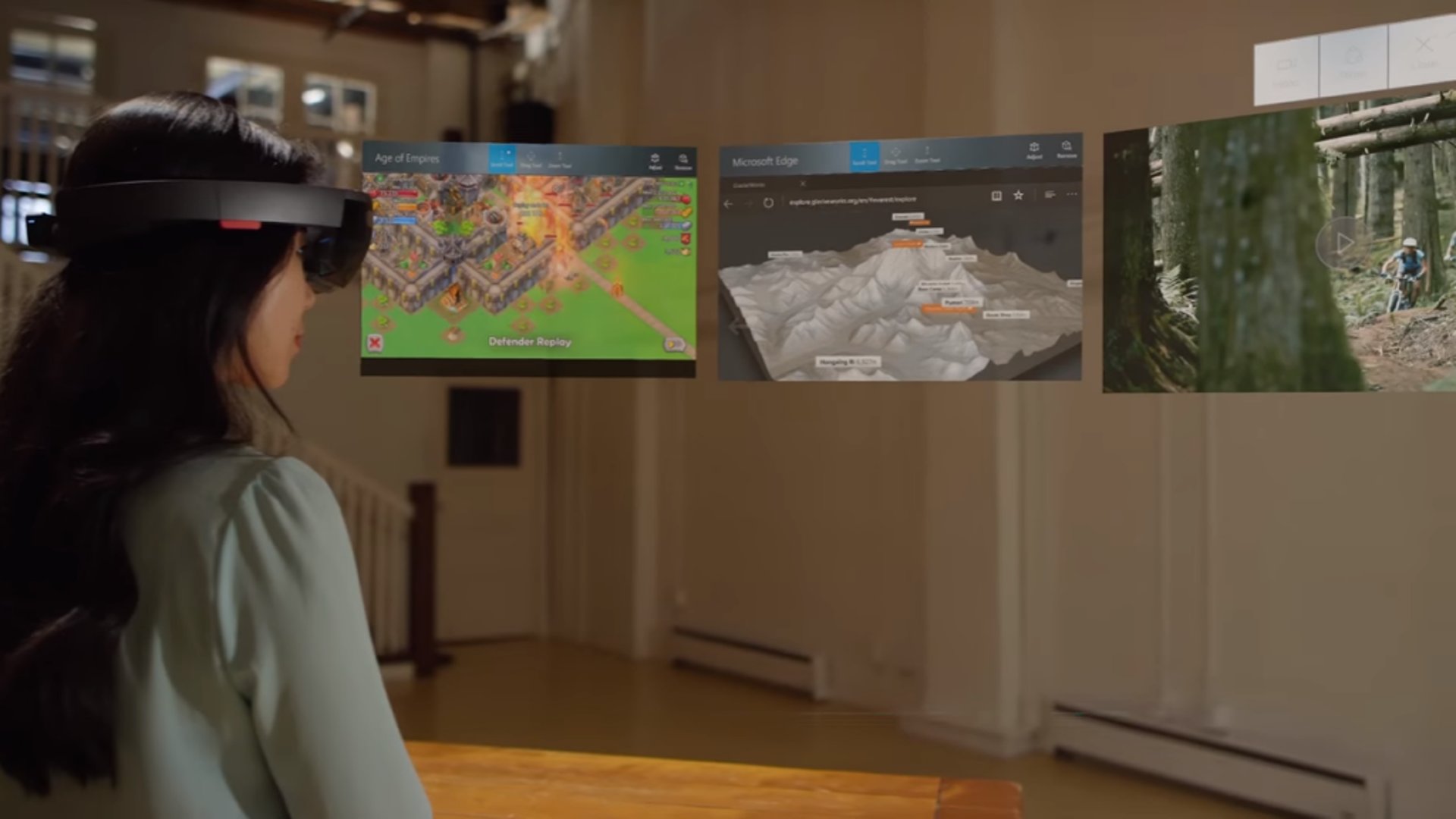 Today, Microsoft has just released the first major update for Microsoft HoloLens developer edition with number of bug fixes and improvements including running up to three 2D HoloLens apps at the same time.

Some of the improvements in this update include ability to use normal Bluetooth mouse and additional voice commands. Some of the apps including Microsoft Edge, Photos also get some minor features.

There are too many features and bug fixes in this release to list on this site. You can read the full change-log by visiting here.

Here are the main changes to the HoloLens App.

You can now run multiple - meaning "up to three" - applications at the same time.

You can now connect a normal Bluetooth mouse to your HoloLens, and the HoloLens clicker has been fine-tuned to enable resizing and moving of holograms.

Microsoft has added some new voice commands. For example, when viewing a hologram, you can say, "Face me!" to re-orientate it. You can also say "Bigger" or "Smaller" to resize a hologram, and you can move an app by saying "Hey Cortana, move [app name] here".

Microsoft Edge now supports many of your requested (and obvious) feature such as multiple instances of the browser, a custom HoloLens New Tab page, Tab Peek, Open in New Windows, and various power and performance improvements.

The Photos app now supports the pinning of pictures without any borders or chrome. Your walls will never look the same, Microsoft says. It also now streams videos from OneDrive instead of having to download the entire video before playback.

Now, you can now browse, upload, and download files through the Windows Device Portal, and you can access the Documents and Pictures folders and the local storage for any app you side-loaded or deployed through Visual Studio.

Now you can sign-in to the HoloLens emulation with your MSA just as if you do with the real device. There is a new build of the HoloLens Emulator as well, by the way.

2D (or "flat") apps will now hide the holobar and cursor when you are watching video full screen.

Storage sense lets you view remaining and used disk space by the system and apps in the Settings app.

In addition to these changes, Microsoft has also updated its HoloLens Emulator build for developers.