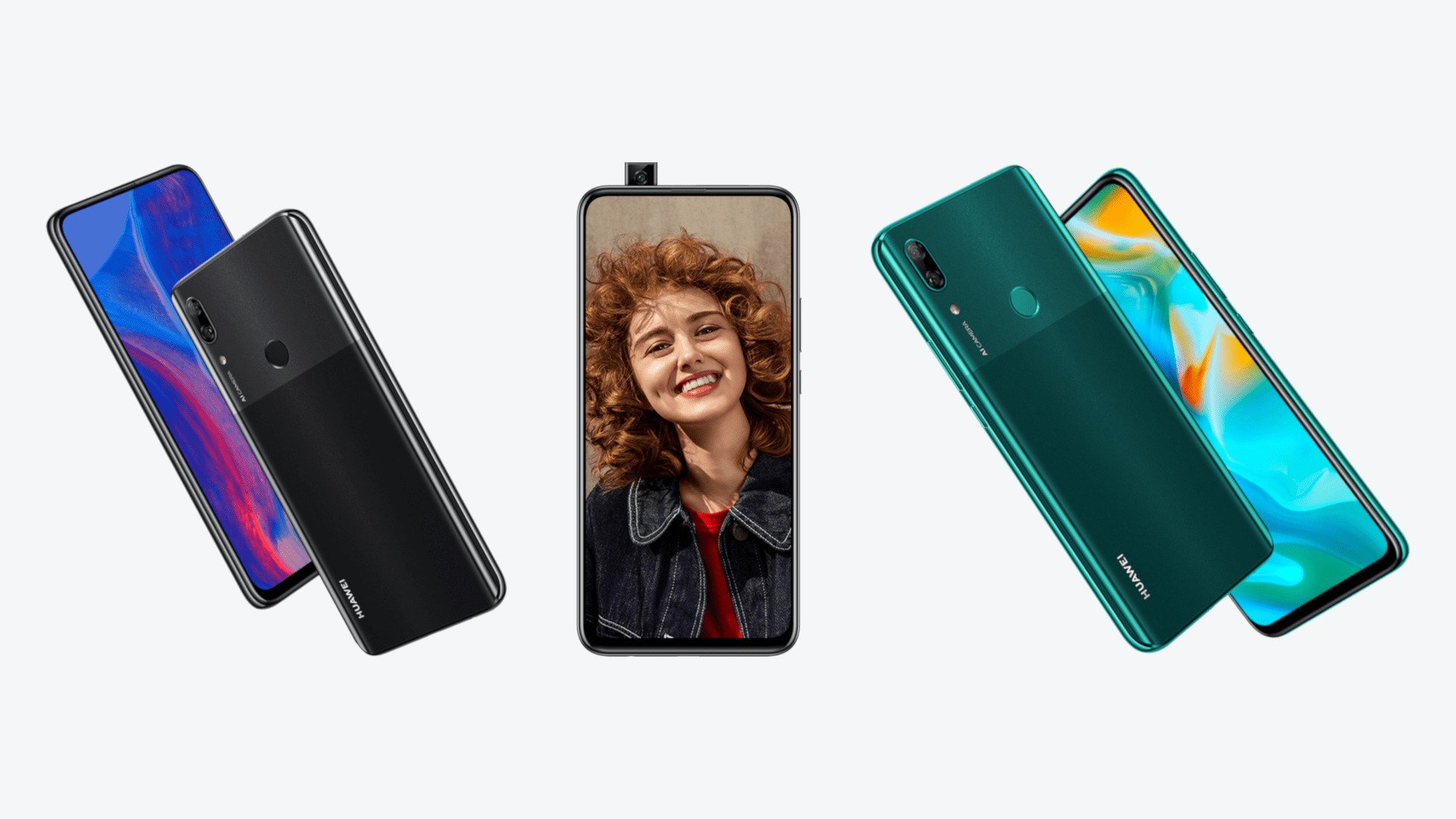 Huawei has officially announced Huawei P Smart Z and this budget Android device is also the company's first phone with a popup Selfie camera. The handset is now available in Italy and the device will set you back €279, it will be launching in more European countries soon.

According to Huawei, the 16-megapixel selfie camera automatically pops up in one second and goes away when you are done. To allay any durability concerns, Huawei claims that the P Smart Z's pop-up mechanism withstands up to 12kg (~26.5 pounds) of pressure and still works after 100,000 cycles. It also has a dual-lens rear camera with a 16MP f/1.8 main lens and a 2MP f/2.4 depth sensor.

For specifications, the handset comes with a Kirin 710F mobile processor and 4GB of RAM. Thanks to the pop-up selfie camera, the P smart Z is the first Huawei smartphone to eschew any sort of notch or display cut-out. Instead, the phone features a large 6.59-inch LCD display with Full HD+ (2,340 x 1,080) resolution, so you are getting a pretty immersive and distraction-free screen.

On the back, the Huawei P Smart Z gets a 3D curved panel with a very Pixel-like dual tone design. The top quarter of the panel is of a lighter tone compared to the rest of the panel. It comes in Midnight Black, Sapphire Blue, and Emerald Green color options.

There is also 64GB of included storage and a microSD card slot for storage expansion up to 512GB. The handset comes with a 4000 mAh battery and supports a Type-C port, but there is no mention of fast charging. It also has a rear-mounted fingerprint scanner, and it runs Android 9 Pie overlaid with Huawei's EMUI 9 interface.

So far the Huawei P Smart Z is only available in Spain and Italy, where stores are listing it for €279 (around $310) but we would not be surprised if the phone makes it to the UK. The US release though is very unlikely given Huawei's issues in the country. We will update this post if or when the phone makes its way to other regions.