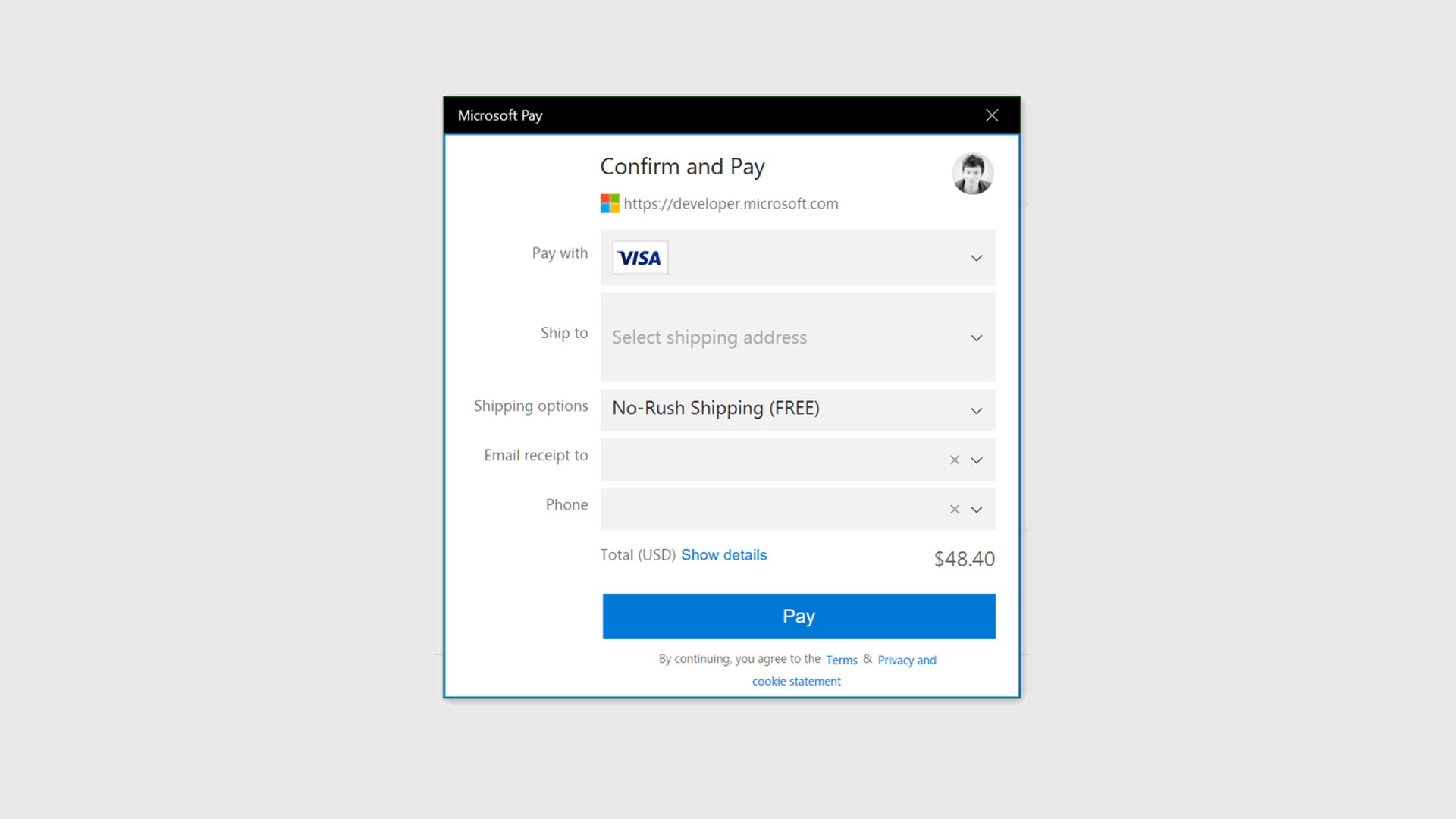 Microsoft has just rebranded its built-in payment framework in Windows 10 from "Microsoft Wallet" as it was originally known on Windows Phone to "Microsoft Pay". The name change comes via an update from the Microsoft Store, which implements this name change. The Wallet user interface is also updated with this update to rebrand it to Microsoft Pay.

It is a small change and Microsoft Pay just looks and sounds cleaner than "Microsoft Wallet" ever did. It also makes it easier for people identify with the service, who uses other payment services like Apple Pay, Android Pay or Samsung Pay.

Microsoft Pay has been apart of Windows 10 since the Creators Update. However, not many sites or apps are taking advantage of it yet. You can test out the UI yourself at Microsoft's own test site, but outside of it, there are not any real use cases where the payments framework is in use. Not even at the Microsoft Store.

Perhaps Microsoft is thinking about revamping its payments service and the rebrand is its first step in that direction. The digital payments space is heating up and it would not be surprising if Microsoft fancies itself a piece of the pie.

Microsoft has not dropped any hints about its plan for its payment framework so far. Therefore, it is unclear if its intentions for this payments framework expand beyond a mere rebranding. We will have to wait and see how this plays out.