Make A Storehouse On Minecraft 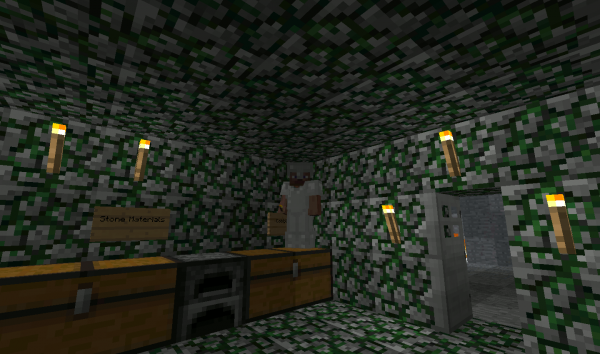 This will trap thieves and allow you to still keep your things safe. You can make Storehouse in Minecraft. Follow the simple steps below

Mine some stuff! You are definitely going to need it. Something with a lot of blast resistance (obsidian is best).

Decide where you want it to be. You probably want it well hidden so no one can steal items from you.

Craft some chest to put in it! After that, put up the outside walls so nobody can get in easily (please note: This is sort of a trick so make it look like it's a real storehouse, it is made to get rid of people who want to steal from you)

Make the door so it only opens with a switch (optional) so it's harder to get in. Then put an empty chest in a room, put a lava block near the chest and put a block that goes over the chest and blocks the lava.

Make a door that locks when someone goes in.

(Make this in a hallway of the trap) make a secret underground staircase that you break one block to get to (make it look like the rest just remember where it is), put a chest in it and hide your real stuff.

Put a door with a pressure plate to lock the trap room with the fake chest. Make sure it's a small room so they can't really move around. When the intruder breaks the block over the chest, the lava flows out and eliminates them. The alternate method is to make it a jail cell instead, just remove the lava block and the block over chest, and make lots of copies of those small rooms.

Don't put the door that locks when someone gets in until you are completely ready. Make sure you are out of there.