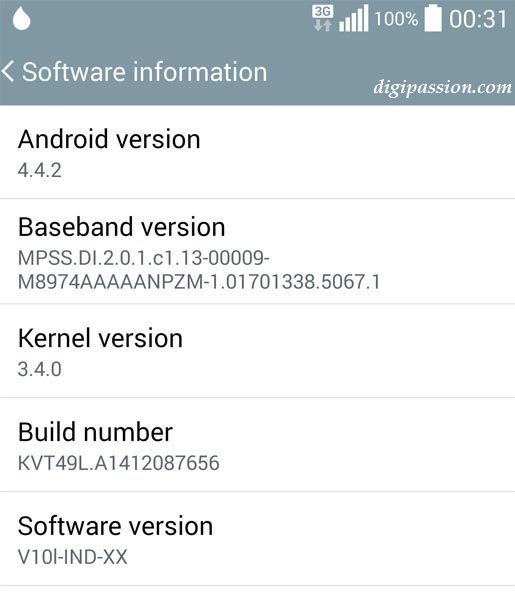 The LG G3 in many countries reportedly receiving a software update that aims to fix the lagging user interface (UI) many users complain about.

Despite having flagship specs (Snapdragon 801, quad-core 2.5GHz Krait 400 CPU, 3GB RAM, Android KitKat), this lag marred the overall user experience. Although LG has drastically cut down the bloatware and avoided heavy customization of UI in LG G3, still they somehow did not get everything right.

Since the launch of G3, LG has rolled out 2 to 3 firmware updates to iron out various issues. LG is seeding another software update for G3 (based on same KitKat v4.4.2) in some regions including India, Thailand, and some European countries.

"We have got an Indian variant LG G3 D855 in our office and noticed this update when checked via LG Mobile Support Tool. However, there was no OTA update notification when checked via Update Center app. Some LG G3 users at XDA forums reported that they have updated their phone after getting OTA notification of this update (OTA update stands at around 174MB). As usual almost all variants are going to get it sooner or later," adds the Digipassion report.

The LG finally released a major update to fix the issue that can downgrade the user experience, LG G3 owners are advised to back up their phone before applying the update. Indian G3 users provided a screenshot that shows the update with three enhancements namely Valuepack upgrade, apps and Google patch.