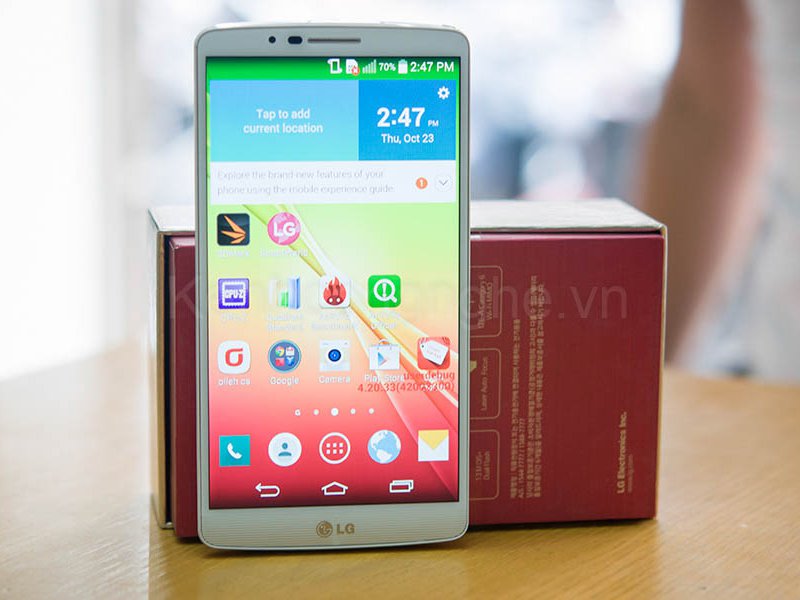 The phone will join LG G3 family with similar looks but a bigger display 5.9-inches and LGs own Odin chipset. The chipset features four Cortex-A15 cores and four Cortex-A7. Initially we saw it clocked at 1GHz, now CPU-Z shows 1.2GHz as the top speed for the A15s. The app may have detected the A7 clock though, the A15 cores are allegedly clocked at 1.5GHz.

As a consequence the AnTuTu 5 score is not particularly impressive, even against the Snapdragon 801-packing LG G3. Considering the 5.9-inch IPS screen has been dropped to 1080p resolution, the LG Liger may be more of a mid-ranger rather than a flagship phablet.

The LG F490 or G3 Screen is expected to have LGs Odin octacore processor with 2GB RAM, 16GB or 32GB onboard storage, 13MP rear camera with laser autofocus, runs on Android 4.4.4 KitKat and a 3,000mAh battery.

LG has not officially confirmed as yet when this device will be announced and when we can expect it in major markets around the world. Pricing details are not available as well.