Instagram Will Now Show "Recommended" Posts In Your Feed

Instagram is once again changing what your home feed shows. The photo-sharing service is now rolling out it's "recommended for you" feature that shows photos in your feed snapped by people you are not following.

This feature was in testing for some time and now Instagram is rolling it out for all users, albeit gradually and without any official announcement. From now on you will see between three and five posts from other users you are not following in your Home feed under the "Recommended for You label". 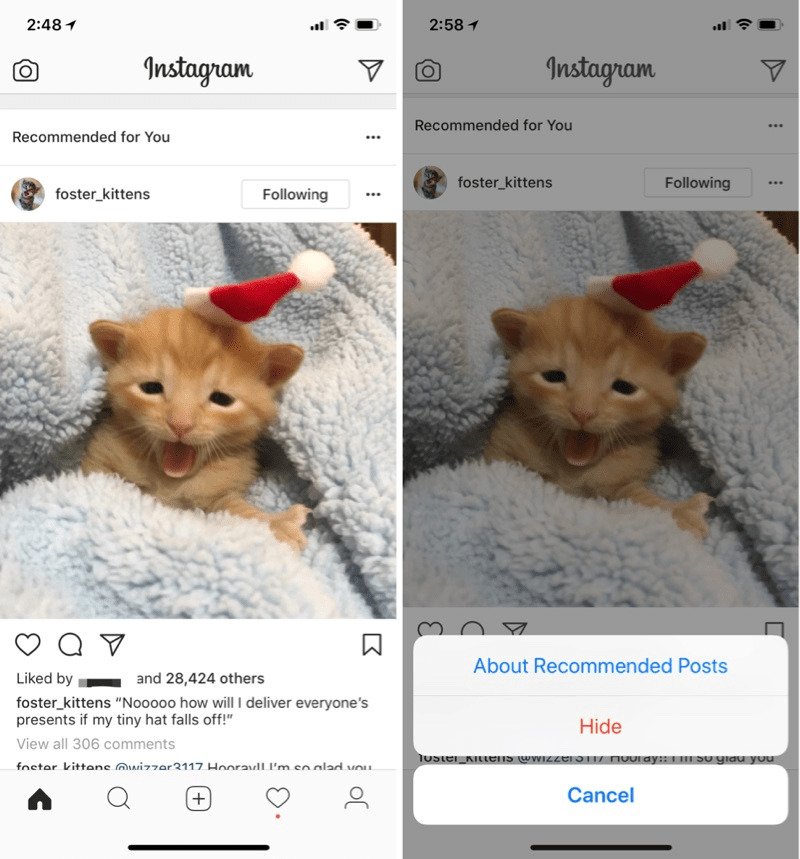 This is not the first time Instagram has offered recommended content. But previously, you would have to head to the Explore section to see recommended posts and videos - they would not be pushed to your home feed. You could also see what posts friends have been liking in the Following section if you chose.

The photo-sharing service says that the posts will be selected by carefully designed algorithms in the hope that each image will pique your interest and prompt you to follow whoever took it.

If you do not like what is shown, you can choose to hide the recommended posts. To do so, tap on the three dots by the post and then tap "Hide". Take note though, this merely tidies up your feed by removing the post - it does not stop Instagram dropping in more recommended content into your feed.

But unlike the hashtags feature, which is well-received by users, the recommended-for-you feature is has irked some users, who prefer the classic experience - including, in many cases, the chronological feed.

Instagram says the feature, which is available for both iOS and Android, is currently rolling out. It did not confirm when that rollout would complete and become available to all of Instagram's user base. However, the company hopes the tweak will help to drive engagement with the Instagram app, which of course would then allow it to charge top dollar to advertisers aiming to sell their products to as many users as possible.