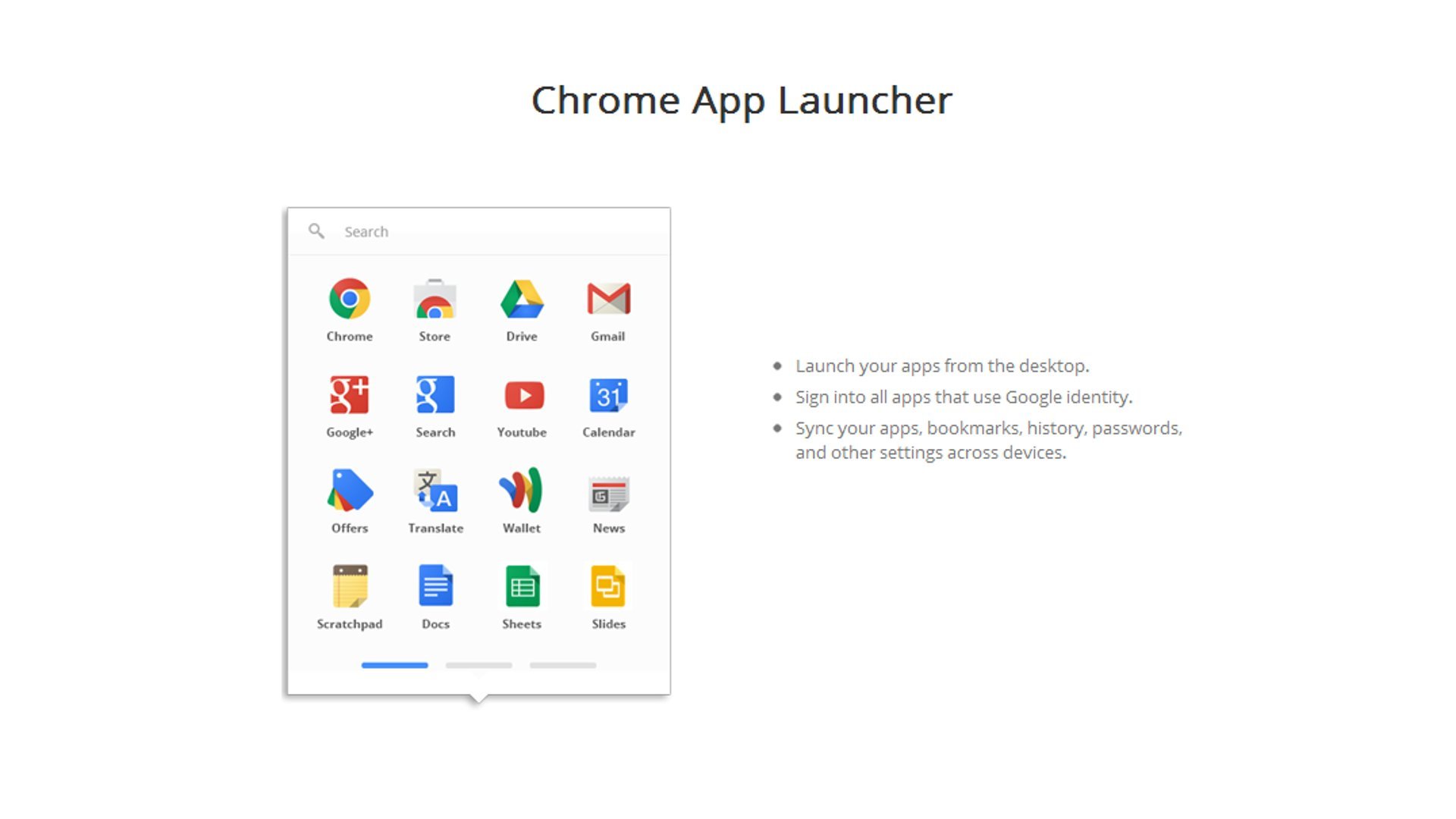 Google recently announced that they are ending Chrome app launcher from Windows, Mac, and Linux effective from July 2016. According to Google, statistics indicates that most Chrome users "prefer to launch their apps from within Chrome", so they want to streamline their browser. However, Chrome OS users will remain unaffected.

The app launcher makes Chrome apps easy to open outside the browser, but we've found that users on Windows, Mac, and Linux prefer to launch their apps from within Chrome. With Chrome's continued emphasis on simplicity and streamlining browser features, the launcher will be removed from those platforms. It will remain unchanged on Chrome OS.

Google also said that users who currently have the launcher would receive a notice informing them that the launcher will be going away.

The Chrome app launcher is one of the three Chrome browser features from Google to turn Chrome into a "platform within a platform" on Windows. The other two features are Chrome Notification Center and Modern UI version of Chrome, which is essentially Chrome OS within Windows.

Google has killed the Chrome Notification Center in October 2015 and replaced with native web push notifications, a standardized feature that sites can use across all browsers. The Chrome OS inside Windows was dead, when Microsoft released Windows 10 with more traditional desktop, which effectively made the app as another browser.

With the announcement of ending Chrome app launcher, any attempt by Google to invade Windows desktop is officially over. Currently, you can create a desktop shortcut for Chrome apps by typing "chrome://apps" into the Chrome Browser and right-clicking an app, and then selecting Create shortcuts. You can then drag the shortcut from the desktop onto the taskbar. We are not sure if Google will continue to allow this in the future Chrome Browser, but the likelihood of Google removing this feature is slim.