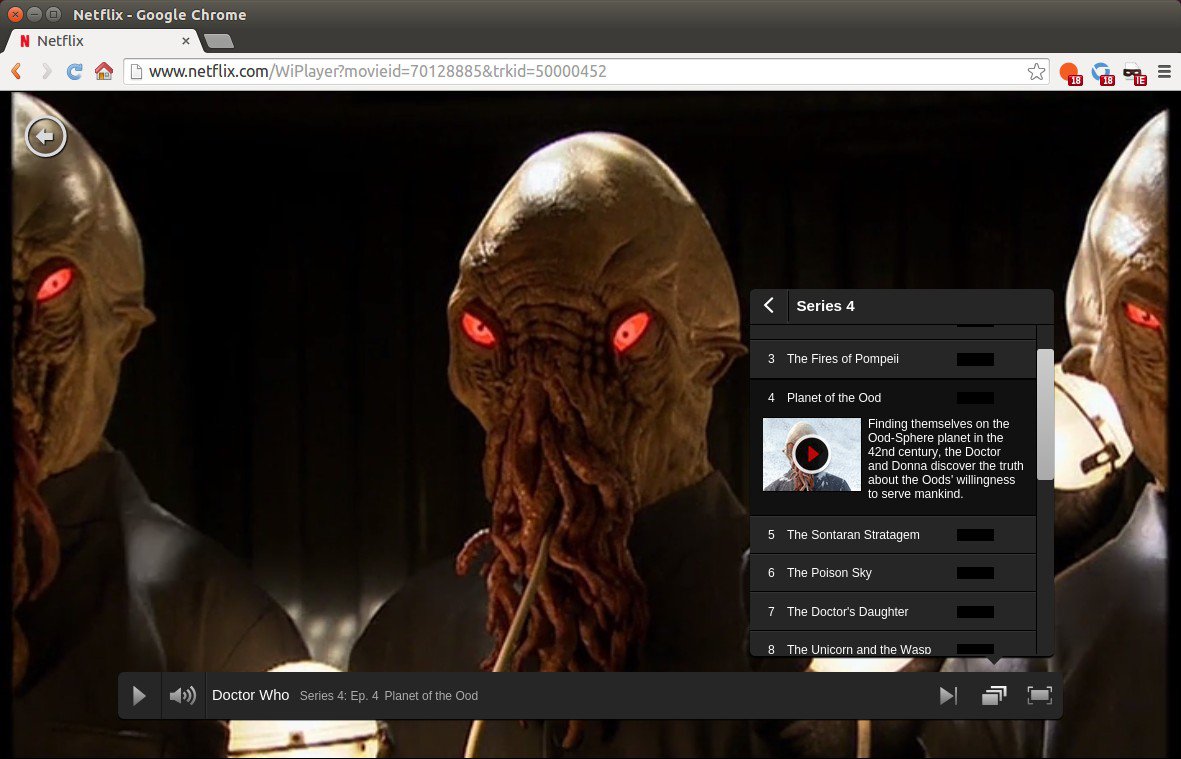 Netflix is now compatible with Linux; well technically, only Ubuntu and only on the Chrome browser. Still, the open source desktop community is in need of a win, so I’ll chalk it up as one.

“Thanks to recent efforts at Netflix and Canonical, Ubuntu now supports watching Netflix with Chrome version 37. Chrome is available to all Ubuntu users with up-to-date installations of Ubuntu 12.04 LTS, 14.04 LTS and later. Netflix subscribers who already use Ubuntu can now watch simply by installing the Chrome browser”, says Canonical.

They also said “Netflix gives Ubuntu users the ability to watch TV shows and movies from many devices. Now Ubuntu users are able to easily join the millions of Netflix members worldwide in streaming their favorite content directly to their Ubuntu desktop. Head over to Netflix to start your free trial subscription today.

You can now watch Netflix videos on Ubuntu and presumably on other Linux OSes as well.