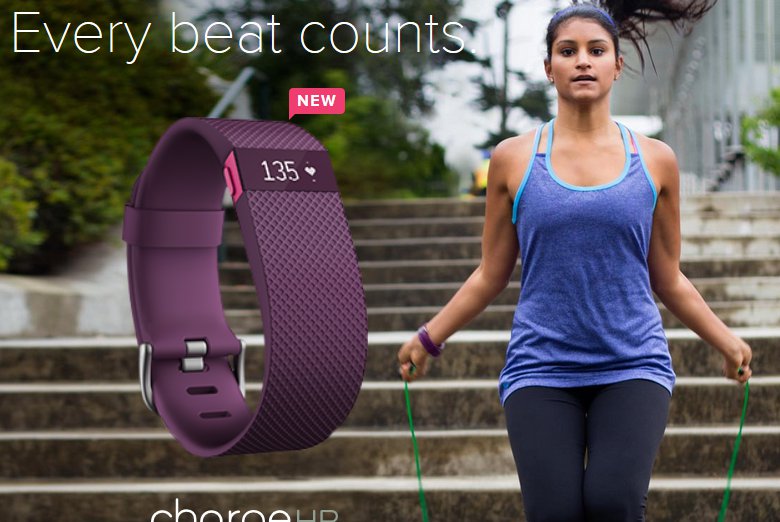 Fitbit stepped up and announced the Fitbit Charge HR and Fitbit Surge, its two new connected products which will be coming to North America soon and, not long after, globally. Likewise, the company is extending popular existing functionality like on-device exercise summaries; already available on Fitbit Surge; to the Fitbit Charge HR, and will be coming up with new features soon. Think multi-device support across the entire FitBit product line.

Fitbit Charge HR is a smart fitness-tracking wristband that has Fitbit's PurePulse proprietary optical heart rate recognition technology at its core. It motivates users to maintain workout intensity and monitors calorie burn. The bright OLED screen displays day-long stats and continuous heart rate tracking with steps, distance, floors climbed, calories burned and time spent exercising. The Exercise Mode mode records your workouts and gives out real-time exercise stats, detailed summaries, and heart rate insights. In addition, there's a sleep quality monitor, and a Caller ID feature that shows whoever's calling you - their name or number - on the device's OLED display. The wristband is water-resistant, has a comfortable texture, and secures tightly with a metal clasp.

Both the Fitbit Charge HR and Fitbit Surge are available now on Fitbit.com and other online stores, in addition to major North American retailers, including Best Buy, Brookstone, Dicks Sporting Goods, Kohls, REI, The Sports Authority and Target. But the physical retail sales will begin by the end of January. Global vendors will be announced further along. The Fitbit Charge HR ($149.95) is available in black, plum, blue and tangerine (those two are coming soon). The Fitbit Surge ($249.95) is available in black, blue and tangerine (again, coming soon).

In addition to all that, Fitbit is introducing new automated and smart features like Multi-device support (link up to 5 Fitbit devices to one account), improved food logging for all Fitbit users (including barcode scanning for Android, iOS, and Windows users), new Fitbit Challenges to help drive motivation and friendly competition, and improved Fitbit friend finding through email search features and Facebook Friend Finder.