Facebook Messenger Day Rolls Out to Take On SnapChat 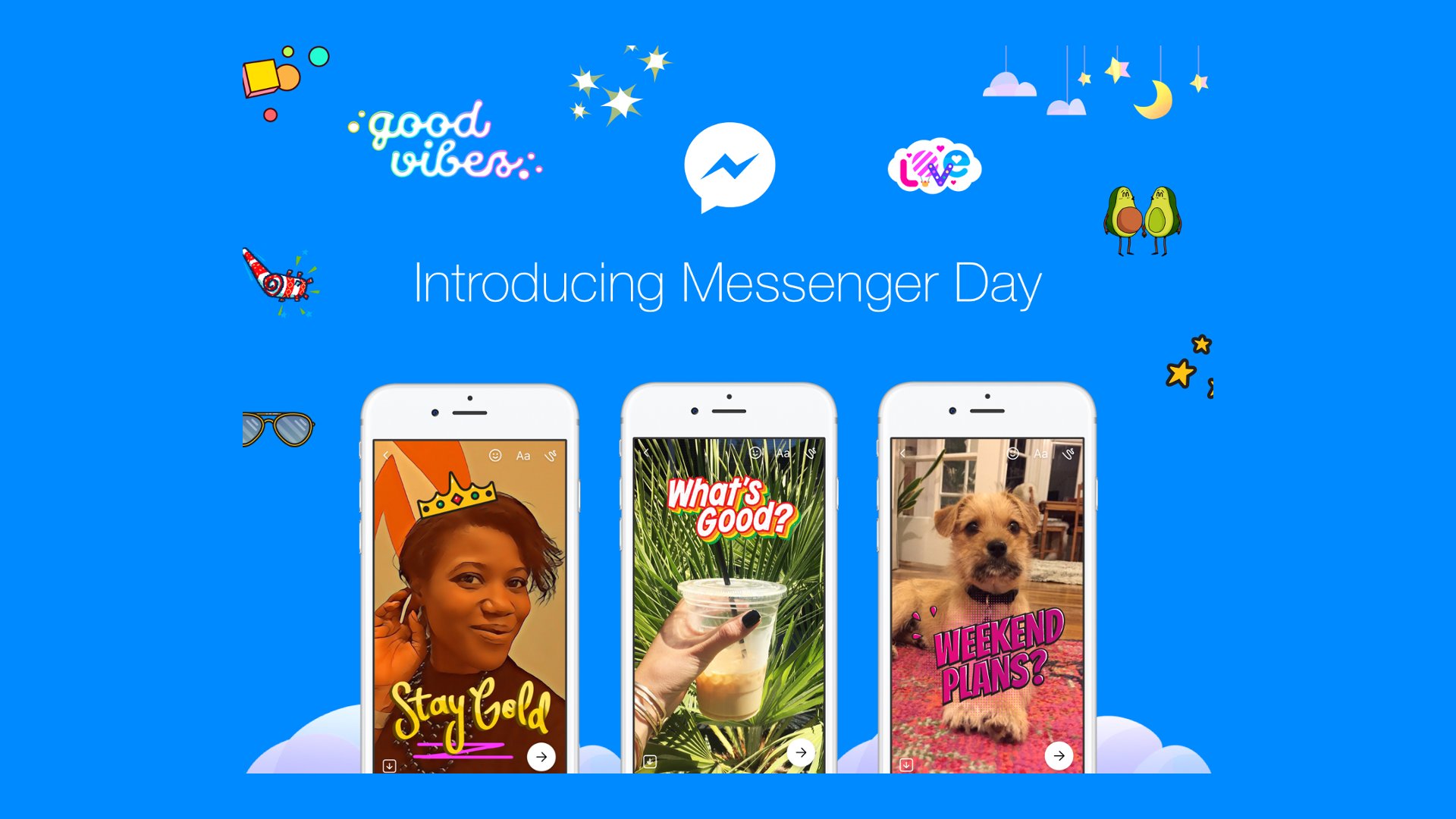 Facebook seems determined to take on SnapChat and has already rolled out features mimicking it on Instagram, WhatsApp, and Facebook itself. Now it has opened up yet another front in that battle, with the global launch of Messenger Day.

Essentially Messenger Day is a new feature for Facebook Messenger that lets users post disappearing content on their profiles comprising of photos or videos. The feature itself has been seen in the past, as Facebook started testing it towards the latter part of last year - with stunning success.

Once updated, Messenger Day's integration into the core Messenger app is relatively seamless - with a new row of thumbnails being added to the top of the app that showcase Days posted by your friends. Any Instagram users will find it similar, as it is the same sort of interface that Facebook employed with Instagram Stories when it was launched.

Throughout the updated Messenger app there are also several different methods enabling users to share their Days - both in the camera itself, or when you post an image or video in a conversation thread. It is also possible to add to your photos or videos before sharing them, with captions, selfie lenses, environmental effects and other overlays.

Although Facebook's imitation of SnapChat is beyond question, it should be noted that the social media giant has put its own spin on the 'disappearing content' feature. Rather than acting as a tool to document your day (as is the case with SnapChat), Messenger Day is positioned to make it easier to connect and hang out with people.

That is done primarily through the "Who's up for" filter that allows users to invite their friends to join them on activities. Additionally, Messenger Day includes its 'Active now' indicator on Days that are shared - making it easy to see which of your friends can be contacted in case you want to join them.

With this slant, Messenger Day positions itself as a tool that will enable users to create memories by getting together and hanging out or performing activities that they are mutually interested in. Needless to say that plays into the social network's core purpose - and does make it stand out.

Whether Messenger Day is able to emulate the resounding success that Facebook has had imitating SnapChat on its other platforms remains to be seen. It is worth noting that SnapChat is still ahead of Facebook in many areas especially when it comes to customization and filters. Of course Facebook is not resting on its laurels in that area, and definitely has more planned - including recently testing a 'dislike' button on Messenger for the first time ever.

That being said the popularity of Facebook is such that it can lean heavily on the convenience factor. With scale working in its favor, it is safe to say that Messenger Day will probably be popular - even if it doesn’t convince avid SnapChatters to migrate to it.