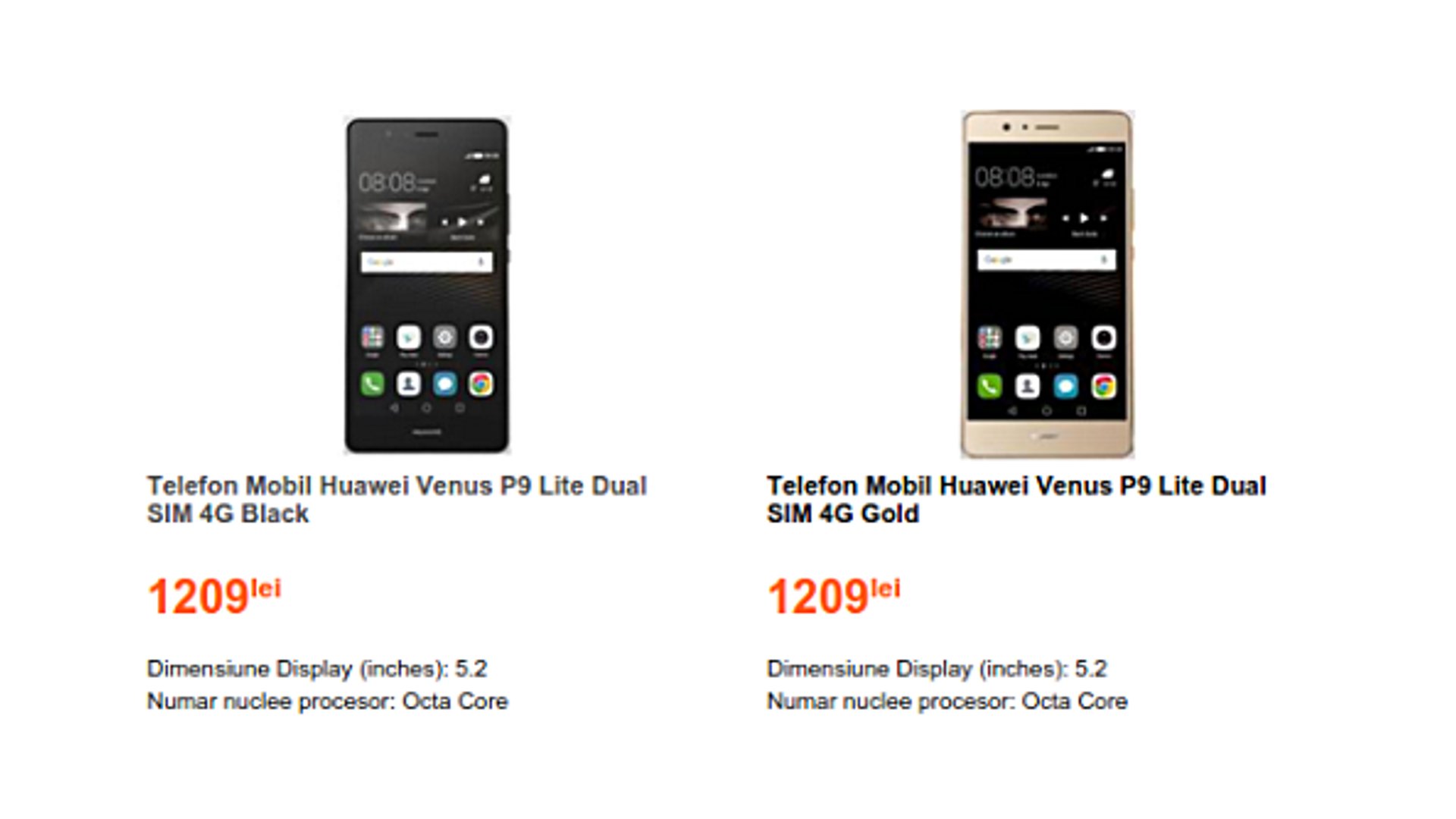 Huawei is yet to announce their latest Android smartphone Huawei P9 Lite. However, a European retailer has listed the P9 Lite in three different colors on its website.

The listing comes from Romanian retailer Cel.ro and lists black, white, and gold versions of the device with pricing listed as 1209 lei, which when converted is about $305 in the US or €270 in Europe.

According to the specs listed on the website, the dual-SIM handset will run on octa-core HiSilicon Kirin 650 chipset, and sports a 5.2-inch full HD IPS display. Also shown in the listing includes 2GB of RAM and 16GB internal memory with support for microSD cards. In addition, the P9 Lite will support 4G LTE connectivity along with usual connectivity options like Bluetooth and Wi-Fi. The handset will also have a fingerprint sensor and a 3,000mAh battery will power the device.

For camera, the Huawei P9 Lite will have a 13-megapixel rear camera with LED flash and a 5-megapixel front camera for selfies and video chats. The listing also reveals that the handset will run Android 6.0 Marshmallow.

Previous leak from a French retailer listed the P9 Lite in the same three colors with the same specs, but carrying a price tag of €298.95. The difference in pricing is expected as they came from different retailers in different countries.

With multiple retailers are accidentally leaking the price and device, the official announcement of the smartphone cannot be far off and it seems the P9 Lite will go on sale right after it goes official.

Update: It looks like the retailer has removed the listing and the page currently displays "No product matches the search criteria".