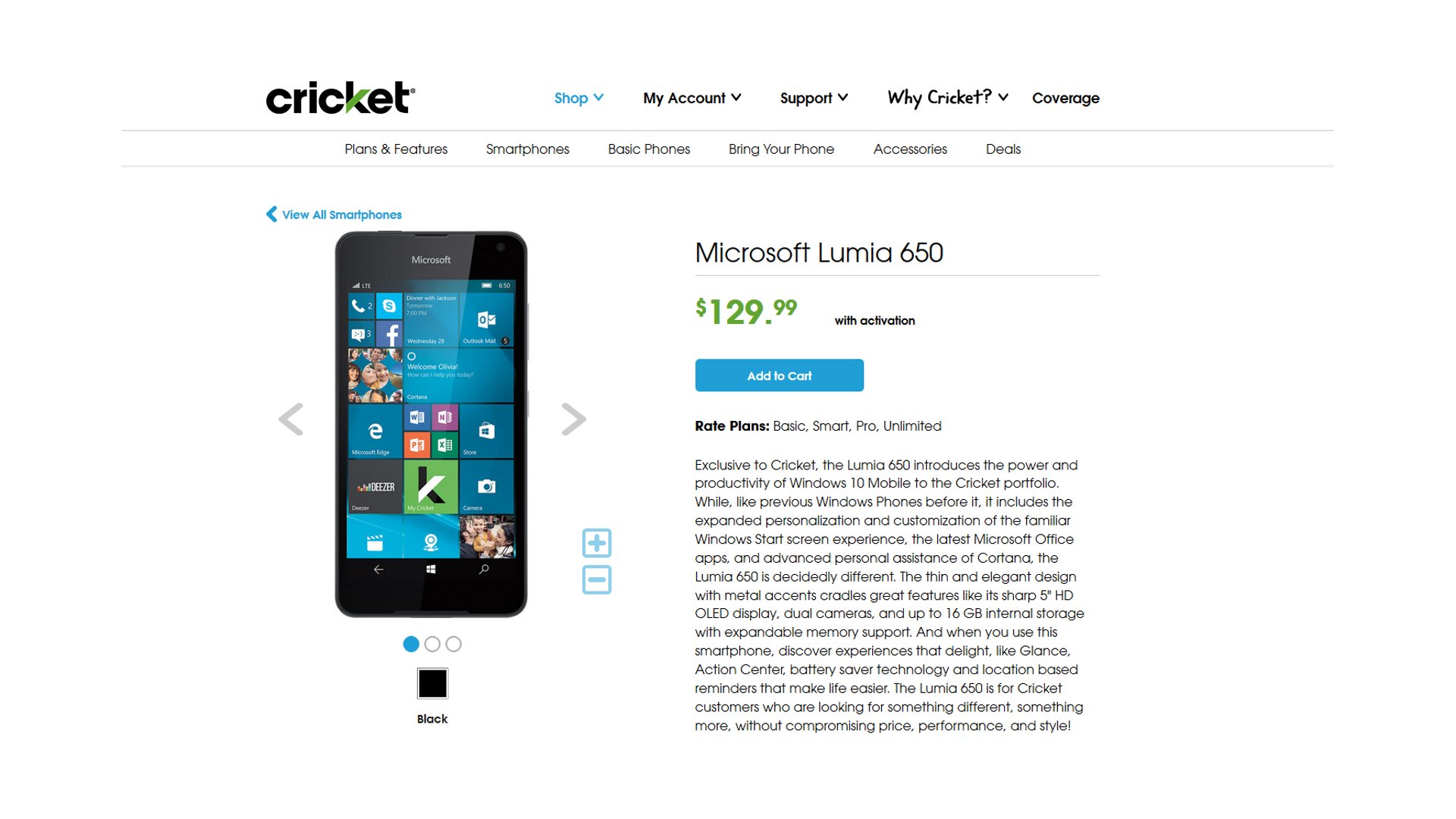 Lumia 650 Available At Cricket Wireless In US

Last month, Cricket Wireless has announced that they will launch Microsoft Lumia 650 as an exclusive to their network, so you will not be able to purchase the device from any other carrier. Now, they have finally stated selling the device as a prepaid smartphone for $129.99 with activation on the network, which means you do not need to sign a long-term contract when buying the phone. Unfortunately, the Cricket model is only available in black.

The Microsoft Lumia 650 runs Windows 10 Mobile OS and sports a 5-inch 720p OLED touchscreen, Qualcomm's Snapdragon 212 quad-core processor running at 1.3 GHz, 1GB of RAM, 16GB of expandable storage, and a 2,000-mAh battery. For camera it has an 8-megapixel rear camera with a LED flash and HD video recording, a 5-megapixel front camera for selfies and video chat.

At a price tag of $129.99, the device is much cheaper compared to the unlocked version available at Microsoft store. If you are in US and are interested, head to Cricket Wireless and get it.