Beware Of iOS 8 Or iPhone 6 Jailbreak And Unlock Scams 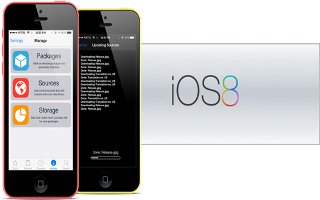 The latest iOS device users like iPhone, iPad, Apple TV, etc., received the latest software update from Apple your all new iOS 8, or you can buy new iPhone 6 or iPhone 6 Plus to have this pre-installed. Now there is no jailbreak for iOS 8 out from Evad3rs or Pangu, but its been reported that progress on the hack has started by many team.

Theres been a spate of scams surrounding the iOS 8 jailbreak. Neither evad3rs or Pangu; the two most popular jailbreaking teamshave released updates. On YouTube, a few people have uploaded how-to videos on jailbreaking with Pangu, but iOS 8 users should be wary of any links shared. One YouTube video purported to show a user jailbreaking his iPhone, but on closer examination, the user appeared to have switched his iOS 8 phone to an iOS 7 phone to show that it was "jailbroken." The user also directed users to what appears to be a jailbreak scam website designed to look like Pangus site.

If you see any jailbreak software from websites other than Evasi0n or Pangu, theres a chance it might be a scam.

Regarding iOS 8's jailbreak, hacker MuscleNerd wrote last week: To 2014's new jailbreakers: if you update to todays iOS 8.0, youll lose your JB and wont be able to go back to 7.x. Beware (For completeness: The only group of users able to downgrade from 8.0 will be old-school iPad2 users with 4.x or 5.x blobs, using redsn0w), he said.

But he said that there will always be more holes.