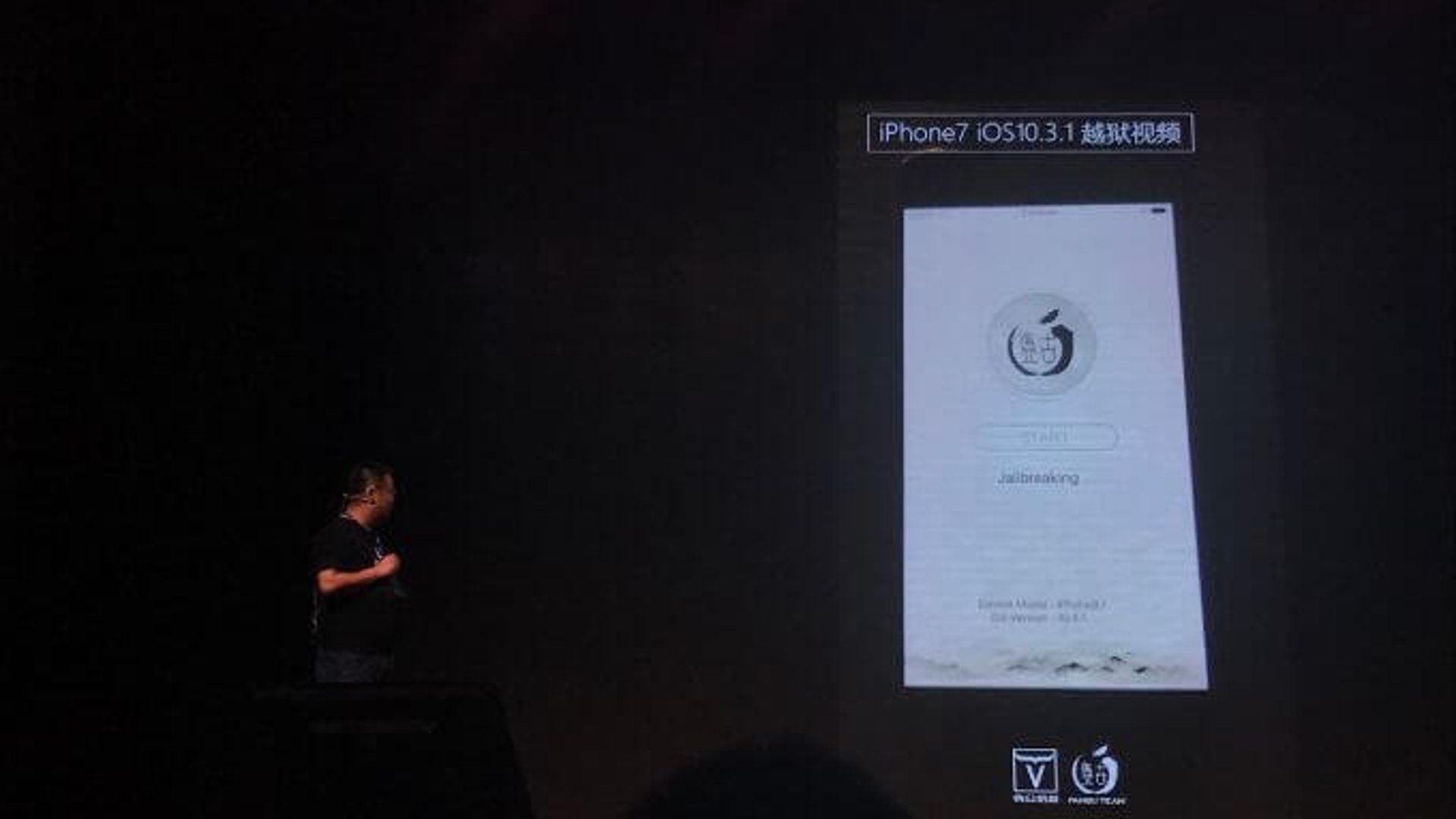 According to a recent report, Pangu Team, who is known for jailbreaking iOS 9 have allegedly demoed a jailbreak for iOS 10.3.1 at a tech conference in China.

While the demoed video was not available, an image shared on the Chinese social media website from the tech conference shows the Pangu jailbreak app working on an iPhone 7 that is running iOS 10.3.1. The image was apparently shared by a member of the Pangu team.

Rumors also suggest that the Pangu team is working with the developers of PP Assistant, and could release the iOS 10.3.1 jailbreak as early as next week.

Twitter user qwerty860320 has also shared a brief video that shows Cydia running on an iPhone. The text also seems to suggest that it was on an iPhone 7 running iOS 10.3.1. According to qwerty860320 the jailbreak will support all 64-bit devices, which means that the Pangu iOS 10.3.1 Jailbreak will be compatible with the following devices: