According to a report, Apple has extended an internal test of its forthcoming Apple Pay Cash feature to include retail employees. Apple Pay Cash did not get a chance to launch with the public release of iOS 11. However, if we go by the report then it appears Apple to continue in preparation for its arrival.

The report adds that retail employees were asked to download the iOS 11.1 beta onto their devices, and Apple Pay Cash was rolled out to them today. It uses an internal-only beta profile, which effectively unlocks the feature. This also suggests that the person-to-person Apple Pay feature could be introduced in iOS 11.1 despite its current absence from the iOS 11.1 developer beta. 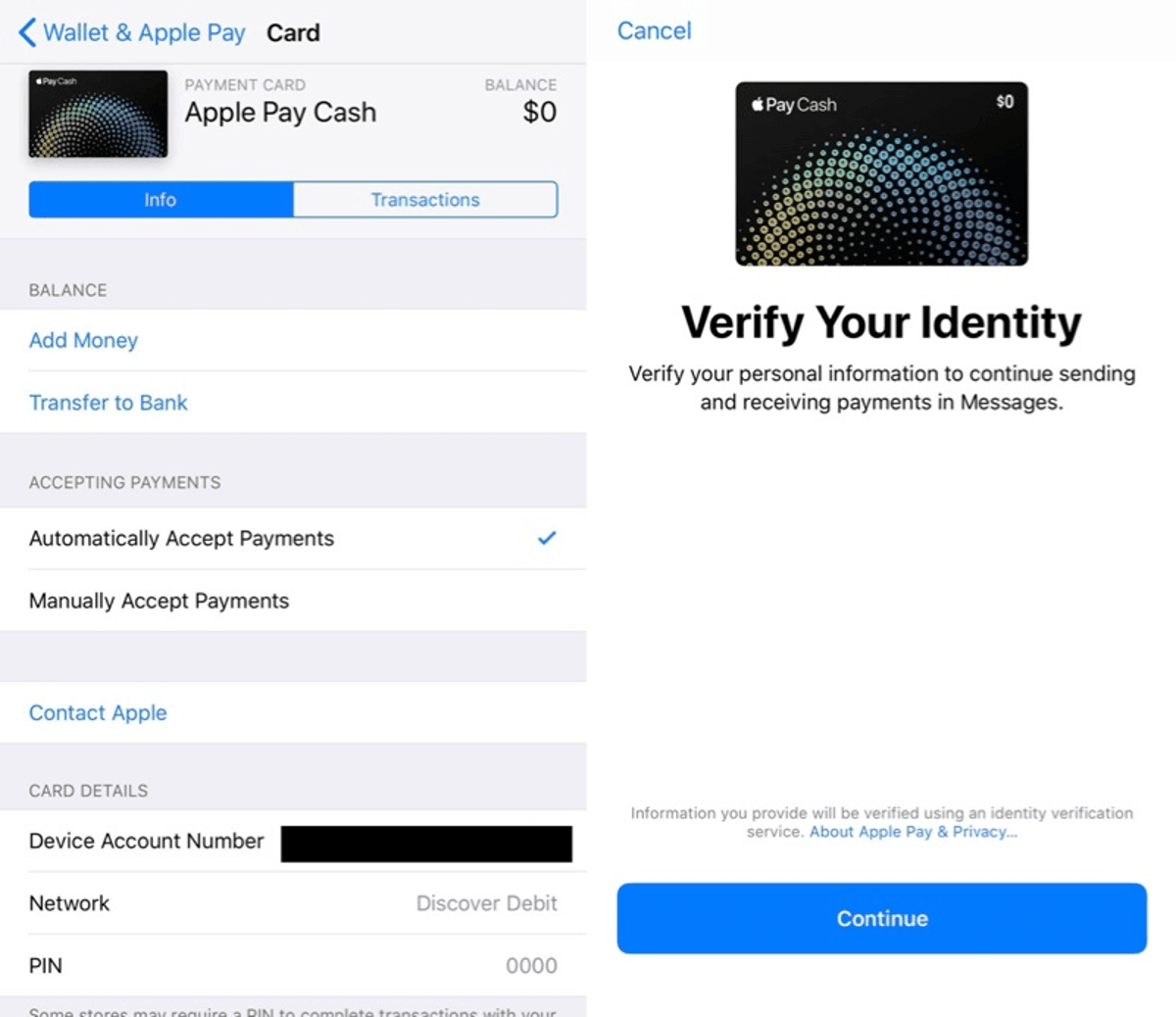 Evidence of the Apple Pay Cash test first surfaced earlier this month when select corporate employees were granted access to the feature. With an expansion of Apple's vast retail workforce, the company will be provided with a much larger dataset from which to detect and squash bugs prior to release.

Apple has also rolled out a special device certificate in order to enable the P2P function. In addition, employees taking part in the internal evaluation are apparently required to whitelist iCloud accounts in order to use the service.

Today's report comes with a few new screenshots of the Apple Pay Cash setup process, which requires users to verify their identity by providing a full name, address, social security number, and date of birth. According to Apple, the information will be verified using an unnamed identity verification service. 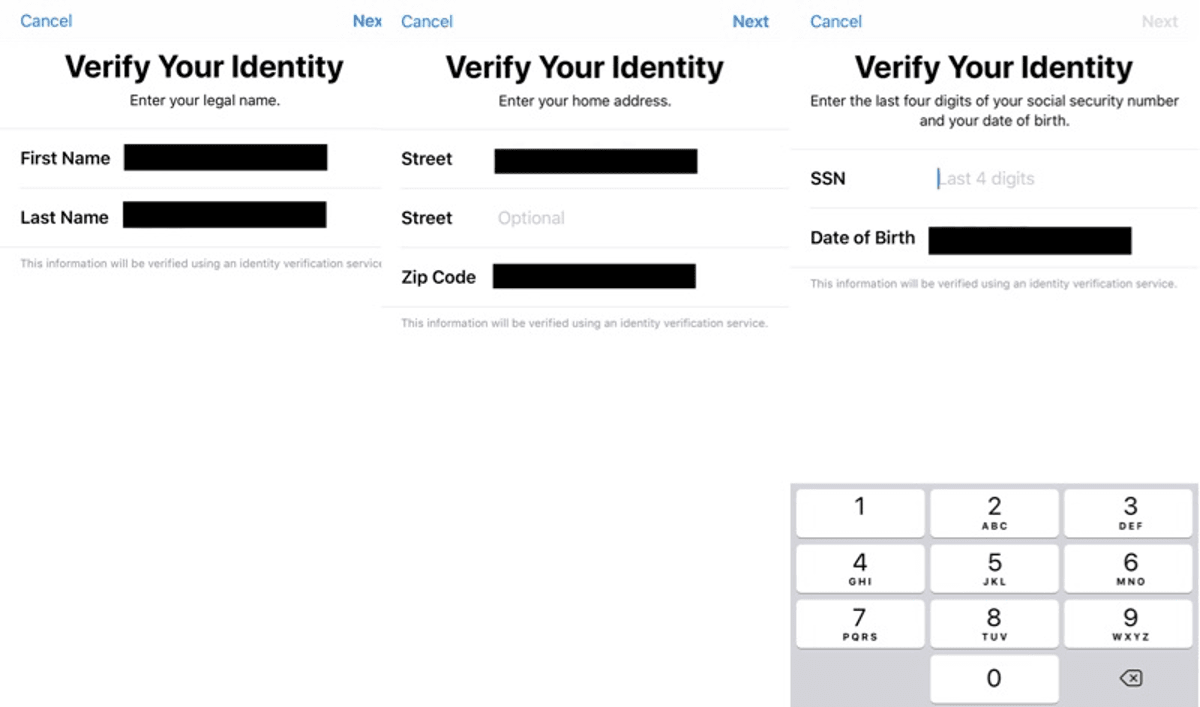 Apple Pay Cash is working in a partnership with Green Dot, and it will allow iOS users to quickly send money to another iMessage user. For Apple Pay Cash to work, both parties need to have the feature enabled and activated. 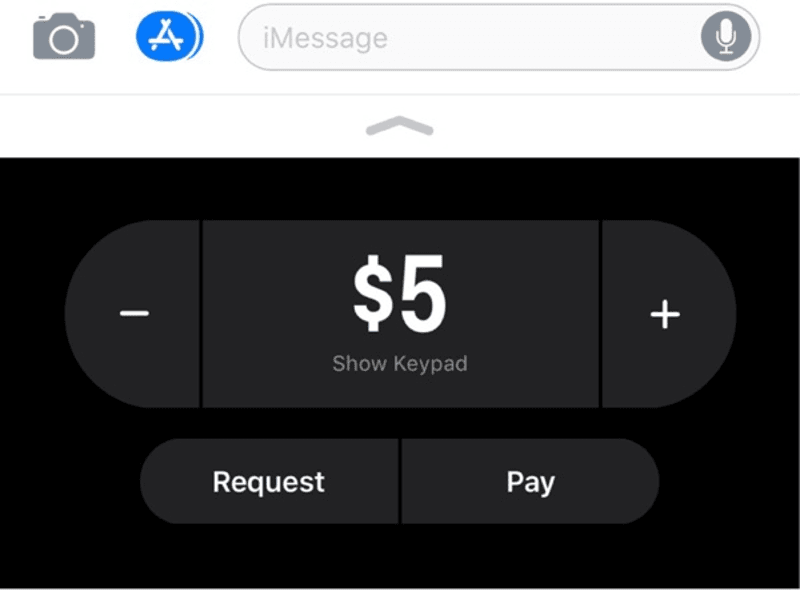 Money can only be sent in a one-on-one message, with Apple Pay Cash not available in group messages. The money will be sent through a connected debit or credit card. For those who receive money, those funds are stored in an Apple Pay Cash card that is found in the Wallet app. Those funds can then be sent to a bank account. However, sending cash to a credit card will involve a 3% fee. The other methods are free.

While it remains unknown when Apple Pay Cash will arrive, it is expected that it will launch alongside iOS 11.1 at some point in the near future. Apple is currently in the beta testing phase of iOS 11.1, but it is still relatively new to the process. In other news, a leaked Q3 data from AT&T shows low iPhone 8 demand compared to the year-ago quarter. Currently, we do not know how Apple Pay Cash will affect the future sales of iPhone 8.