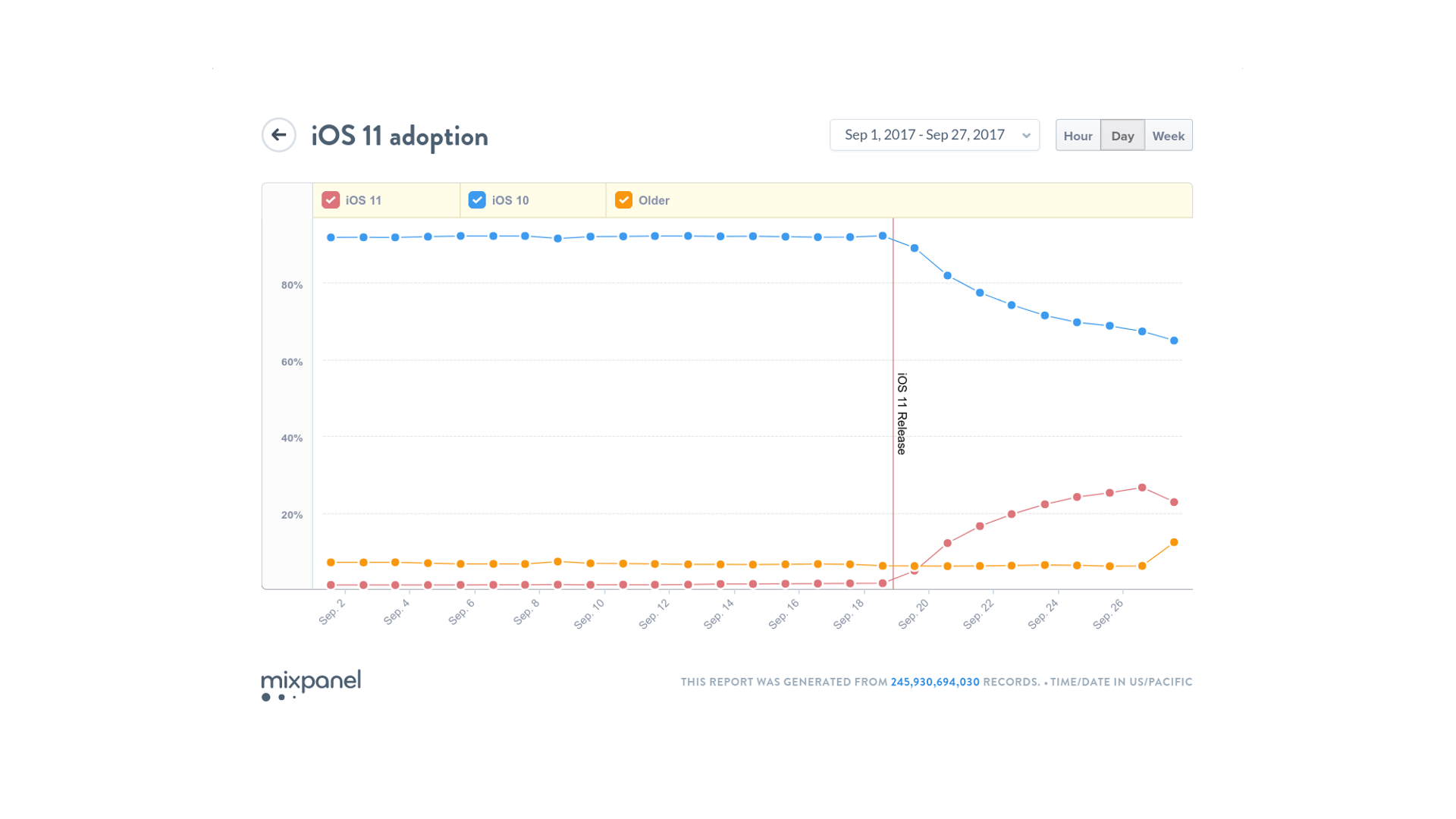 According to data collected by analytics company Mixpanel, Apple iOS 11 is installed on 26.56 percent of iOS devices, in one week after release. This is lower than last years iOS 10, as it managed to reach 34 percent in under a week.

Fortunately, the iOS 11 adoption is not hampered by installation issues like it was for iOS 10, but there have been some reports of app slowdowns and performance drops, which could potentially be holding people back from installing until a later date.

While the iOS 11 adoption is slow, it still is better than the adoption rate of new Android versions. The majority of Android devices continue to run Android Marshmallow and Lollipop, software that is now two to three years old.

It will be interesting to see if the adoption of Apple's iOS 11 increases significantly over the next few weeks as Apple will be releasing updates to iOS 11 to iron out bugs and adds missing features.

Before wrapping up, it is worth highlighting that these are unofficial numbers compiled by third-party business analytics service Mixpanel, with Apple's definitive scores often differing greatly.